Task: Analyze the trends in Woolworths economic environment of Australia.

Introduction
Changes in external Woolworths economic environment is considered to have a significant impact on the firms leading to different strategies and decisions that can either prove to be profitable for the firm or put them at risk (Froeb et al. 2015). Woolworths is one of the known supermarkets of Australia that faces external risks and changes in the environment that has an impact on its production and overall demand and supply of is brands. The paper analyses the trends in the Woolworths economic environment of Australia based on certain indicators and its impact and implications on the business. 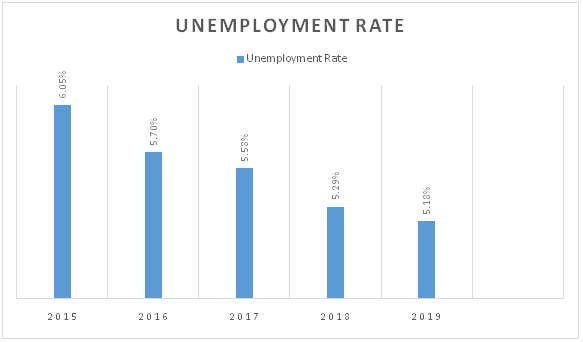 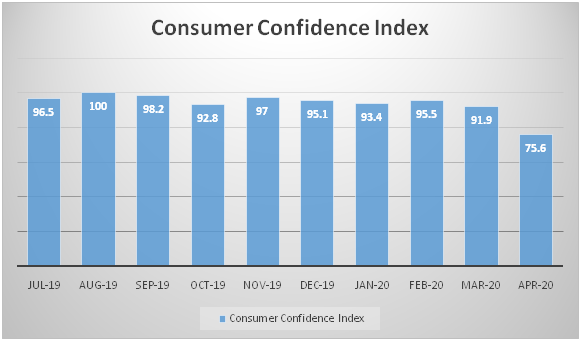 Consumer confidence index is an important consideration of the businesses in Australia just like Woolworths economic environment because the level of confidence the consumer has on the state of the economy is seen to determine their economic decisions such as their spending activity. It helps seeking the businesses the extent of expansion in consumer rate they can face. Looking at Australia it is seen that the consumer confidence index has always been below 100 with only exception in August 2019 (Tradingeconomics 2020). This means that the confidence of the consumers on Australian economy is low and has gone as low as 75.6 point in April 2020. 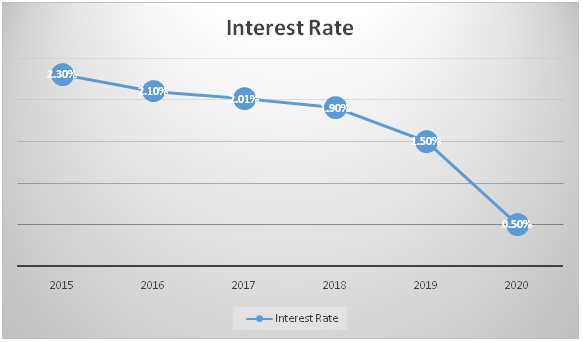 Interest rate helps shows extent of investment a firm can make and the amount of borrowing consumers can indulge into. The interest rate of Australia is a positive indicator of the economy with a downward trend. This means that the interest rate in Australia has been falling continuously from 2.1% in 2016 to 0.50% in 2020 (Ceicdata 2020). This means that the borrowing rate has fallen and the customers pay lest interest to lenders. Similarly, the producers will also benefit with low cost borrowing. 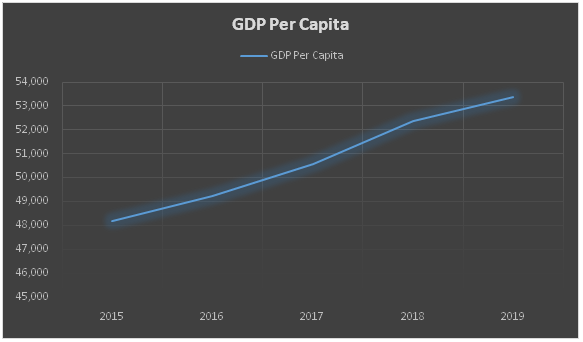 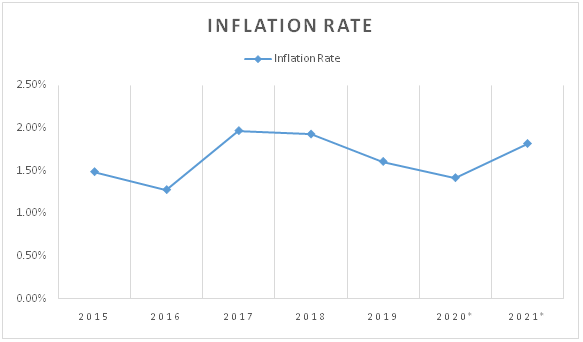 Figure- Inflation rate
Source- Statista., 2020b
Inflation is yet another economic condition that impacts the operation of the business and plays a major role in their overall cost. Inflation in Australia has been decreasing since 2018 and is estimated to be low even in 2020. However, with the uncertainties in the Woolworths economic environment and rising impact of Covid 19 pandemic it is seen that the inflation will increase in near future in 2021 and will be all time high at 1.82% (Statista., 2020b). This means that the price level of basket of goods and services in the economy is estimated to increase.

What are the impacts and implications forWoolworths economic environment?
Difficulty in Obtaining Appropriate Staffs
From the data collected and analyzed it is seen that the present falling unemployment rate has an impact on the difficulties in obtaining appropriate staffs by Woolworths. It is seen that unemployment is seen to fall continuously until 2019, which means that the supply of labor is reducing in Australia allowing Woolworths to get access to narrower pool of employees for obtaining as a part of their staffs. Further, it will also increase staff turnover rate in Woolworths economic environment, which will further increase the difficult for the business to obtain staffs. Moreover, the business will also face challenges with increased labor cost due to reduced supply of labor, which will negatively impact their overall operational cost (Samuelson and Marks 2008). The impact of reducing unemployment in Australia would have negative impact on the business by increasing wages and total cost of production in different operational area. This means that the variable cost of the business increases due to increase in wages and cost of recruitment.The business should make careful consideration when hiring to reduce their variable cost that is labor.

Need to Adapt and Adjust Business Models
With reduced inflation and the chances of conflict between the manufacturers and the retailer implied that Woolworths need to adapt to different business model to attain profit in future. This means that Woolworths needs to adapt vertical relationship with its manufacturers or brand that contribute to the inventory of the firm. This means that the business needs to adapt to partnership as their business model to reduce the conflict in their supply chain process of production. Moreover, this vertical relationship(Ng et al. 2013) would also help the business to gain more profit in future and improve their production activities. By collaborating with the suppliers the business will be able to reduce their inventory and cost of supplying the products to the stores. Moreover, in case of Woolworths economic environment, acquisition will also help in improving the channel activity that helps increasing the value of products to consumers by making them readily available in all Woolworth’s stores in time and quantities (Weitz and Wang 2004). This will also help in increasing value for consumers by offering them adequate supply of products at low cost. Thisis because Woolworths would improve its economies of scope of the business by reducing the cost of producing the product jointly than producing it independently.

Difficulties in attracting Demand from Consumersconsidered in Woolworths economic environment
The rise in the GDP per capita and the reducing confidence of the consumer in the economy would also have implication on the difficulties in attracting demand from consumers. Thismeans that even though the economy faced increased GDP per capita that increases the disposable income in the hand of the people and increases their purchasing power, yet the business will face difficulties in attracting demand due to low consumer confidence (Froeb and Shor 2015). Thus, in regards to the Woolworths economic environment, the sales of the business will not increase with such downward trend in consumer confidence index. This implies that the business would engage in activities like price fixing by forming collaborative decisions with big supermarkets of Australia like Coles and Aldi such as activity would put the business in unethical behavior and antitrust risks (Lutz 2004).

Conclusion
In conclusion to this it can be stated the business faces various impacts on its profits, economies of scope and production due to the different trends seen in the external Woolworths economic environment in which the company operates. There are number of factors that have an impact on the business that needs to be considered in every business decisions like vertical relationship to gain effective outcome and profit in future. However, in doing so the business also faces challenges of conflict and antitrust issues.

Lutz, M., 2004.Pricing in segmented markets, arbitrage barriers, and the law of one price: evidence from the European car market. Review of International Economics, 12(3), pp.456-475.