Task: Planning concepts and evolution of approaches to planning

Context and Settings
Modern, formalised planning has shown a remarkable development trajectory in western society. While in the distant past it was largely defined and implemented by rulers and governments, it evolved with democratic institutions into policy instigated activities aimed at influencing citizen’s behaviour. More recently it has moved toward a rationally-oriented scientific approach aimed at shaping the conditions under which human behaviour in a complex environment may lead to socially accepted outcome.

Four sections
1. What were the main elements of the Garden City concept?

2. Critically discuss the proposition that the ‘Garden City’ provides a useful model for the planning of sustainable settlements for the 21st century.

3. Describe later changes in the approach and the principal arguments which lead for a more comprehensive approach to planning of cities and regions.

Introduction to urban regional planning
Definition: An urban area is defined in this urban planning assignment as a human settlement which is highly populated and it has a density of infrastructure that forms part of the building environment. According to Dear, M., and Scott, A.J. eds., 2018, the urban places are created and developed through the process of urbanization, the urban centers are then categorized as cities and towns (Dear & Scott, A.J. eds., 2018). On the other hand, urban planning explained as the procedures of deciding on the use as and development of land with the intention of making it a better place where people can live and work.

According to Gil Solá, and Vilhelmson, 2019, urban planning requires the concerned personnel to incorporate all the policies before developing a city or a town. By adopting and implementing the prescribed policies and procedures, sustainable cities and towns are developed. A sustainable city encourages a better working environment for all business opportunities. According to the study, more than half the population in the world today resides in urban places. The cities, towns and other developing centers are known to be the best places where the largest population in the work love to live and work (Gil Solá & Vilhelmson, 2019 ).

Planning is a general activity that involves the process of making an order of sequence of issues that needs to be worked upon in order to attain particular goals and objectives. Planning activities involve the written statements supplemented as appropriate statistical projection qualified evaluation with the support of drawn diagrams. Therefore, urban regional planning involves the procedures of physical development (Levy, 2016).

Garden City concept
The Garden City concept is a method of urban planning by which the self-contained communities are surrounded by the natural and brilliant greenbelts containing proportionate areas where residents live, where industries and agricultural sector can be developed. The garden city was initiated by Sir Ebenezer Howard in 1898. The garden cities were planned and developed in United Kingdome, currently, the cities are known to be denser populated. The Garden City movement is aiming to address the urban issues that trouble the industrial cities during the time of their invention.

Apparently, the garden city concepts effectively response for better and quality life in places which has a high population and dirty environment. The town magnet is the opportunities of work in the city, high wages, the social opportunities as well as the good environment installed with street lights. The garden city presents the Country Magnet which present natural beauty, with fresh air and a place which is healthfulness. The city was closing out of nature, which will isolate people away from crowded places and away from their workplace.

In its design as discussed above in this urban planning assignment, the Garden city offered a natural beauty with fresh air. The compact garden city entailed a town of 6000 acres, where the 5000 acres are reserved permanently for agricultural production. The city was designed to accommodate a maximum of 32,000 people with parks as well as the private lawn at least in every place within the city. However, the city is designed with roads which are wider, ranging from 120 to 420 feet which are planned from the grand avenue. The city was planned to be beautiful with fresh delight, churches, hospitals, and schools were all build within the geographical position of the city (Dear & Scott, A.J. eds., 2018).

Beauty in the 21st century is the topic of many people who intend to live in a particular place. The Garden city which is discussed above in this urban planning assignment concepts facilitate the planning of recreational social centers as well as it contains whole the grounds which facilitates the future of the residence. Spacing during the development of urban areas in the 21st century takes the concepts of the garden cities. For instance, the developers of the Sterling Ranch took their planning from the garden City concepts with the intention of producing sustainable cities that suits the life required in the 21st century (Fainstein & DeFilippis, 2015).

The development of the Sterling City is regarded as distinctive and it has authentic styles, that ranges from the housing planning comprising of single family homes, loft apartments and townhouses. From the mentioned styles and spacing of the Sterling City Ranch provides the sustainability of the current cities that need to be developed in the 21st century. However, the garden city concepts spear the development of agricultural places which allows sustainable development in modern cities. 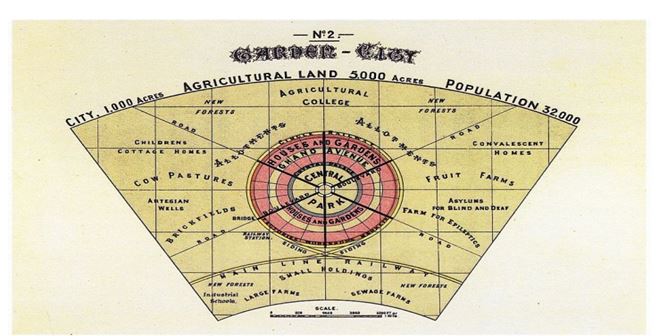 A comprehensive approach to the planning of cities and regions
Based on the argument of developing and improving the cities, the garden city concepts are considered to be relevant. Many developers in the near future use the Garden city concept to ensure that cities, towns and other urban centers are sustainable and suit the live hood of many people. Focusing on the development of the rural area is important in order to ensure quality live to whole people both in the urban centers and the intended rural areas (Levy, 2016).

Consequently as discussed in this urban planning assignment, it is important for the government in developing nations to first consider the needs of the local people rather than only focusing on issues in the developed areas. Focusing on the local needs will support the economic development of the urban centers, in many developed nations, the economic development is depended upon all the people who live across all corners of the nation.

It is important for the urban developers to produce cities which meet the needs of the growing population in the current world. The world population is steadily growing at high rates. People need to have an environment that suits their living standards. The solution for the urban center's developers is based on the application of the Garden city concepts, which is the best regional planning approach of developing an urban area (Levy, 2016).

The developing nation has to follow the international trends of building cities. Relevant government authorities have critical and fundamental roles to enhance better development of the cities. apparently, the decision-making process in deciding on the cities to be developed should take the assumption of recognizing the ideas from the community. The participation of the community is an essential asset of promoting multi-sectoral activities relating to urban regional planning.

Compare and contrast modern city plans and garden city
People across the world today are expanding their boundaries and trying to push themselves towards accessing services. This simply describes what many people currently are moving towards modern cities in the world today. A modern city is regarded and considered to support a large population which concentrated in a limited space, unlike the garden city which specified the number of people to live in a particular is.

Garden cities which were developed in Europe experience allot of issues which are more critical. The cities were more congested and it has a dense industrial revolution that led to extreme air pollutions. Currently as discussed in this urban planning assignment, the modern cities are not peaceful, they are full of insecurity issues and pollution which is now a giant issue to many local authorities (Asian Society, 2019). The urban regional planning in the modern cities takes into account issues such as corruption which prevents its expansion and growth.

While the garden cities were fully agreed upon by all people, this is by encouraging community participation (Dear & Scott, A.J. eds., 2018). Consequently, as discussed in this urban planning assignment many urban developers admire the origin of particular cities such as Paris and Athens, the main conceptualization should be taken from the garden city ideologies which are the best to be used.