Assessment Details:This assessment is designed to assess your skills in analysing the IT infrastructure hardware, software and networking requirements for a selected organisation, select an organisation. The organisation must provide IS services to the staff and customers such as email, webpage, and database. You have to write a report to answer the followings related to the selected organisation:

You may need to make some assumptions with the required justifications

For successful completion of this assessment, you should meet with your group regularly (at least once a week face to face or via Zoom meeting). you require to study the material provided (lecture slides, tutorials, and reading materials), engage in the unit’s activities, and in the discussion forums. The prescribed textbook is the main reference along with the recommended reading material. Groups expected to discuss their work with lecturer and to seek support. In completing this assessment successfully, you will achieve ULO1, ULO2 and ULO2, this in turn will help you in achieving CLO-1, CLO5, CLO-6, CLO-7 and CLO-8, which collectively with other unit learning outcomes will help in achieving GA1, GA2, GA3, GA4 and GA9.

Executive Summary
The report used Symantec organisation to describe the services provided by the company in the field of information technology. Then the day-to-day activities of the organisation were explained using the examples of network services provided by the organisation. Application software used by the organisation for the data communication with the client is extremely sophisticated and secured. OSI layers were used to explain in detail the workings of employee web page and the codes used to secure the web operations. Overall, it has really been knowledgeable experience to understand the working operations of Symantec.

Introduction
Symantec is a software company and its headquartered in California, United States. Symantec provides software service platform such as cyber-security and many other services. It was founded in March 1, 1982, which is approximately 37 years ago and Gary Hendrix being the founder. There are numerous services and processes provided by Symantec. Few services along with their use of information technology in the respective department are described in the below section.

Symantec Endpoint Protection is one of the protections which provide protection for threat and malware. Another software is Symantec Embedded Database in which database is used for the fulfilment of its applications by Symantec Endpoint Protection Manager. Symantec Network Access Controls also one of the services provided by this firm that checks for the computer that it acts in accordance with the established communication and security policy with the Symantec authoritarian allowing one’s computer or system to access the corporate network.

Functions of the Network Devices required achieving Symantec daily activities.
Basically, network devices are a constituent part that is used to connect computer systems or laptops to any other type of electronic devices like fax machines or printers so that the exchange of resources between them is possible. Certain examples of network devices are: - switches, wireless access points, hubs, protocol converters, repeaters, bridge routers, modems and proxy servers etc. So to achieve day by day activities, organisations generally use Network Appliance Services (NAS) (Furfaro et al., 2017). This NAS is nothing but a type of network manager. When a network is configured, a device can be used to manage other network – connected devices. The services being provided by these NAS are:-

The functions of all these network devices/appliances are explained below:-

Types of Application software required for data communication between the clients and servers.
Before studying about different types of application software used for communication or data communication between the client and servers, we need to understand the client -server model. Client server is a distributed application structure that divides workloads or tasks between the resource providers and service known as servers, and those who requests for those services are called clients (Oshana and Kraeling, 2019). This model is a concept of building functionality for web/database access and exchange of email. Web protocols and technologies that are built around the c-s model are:

Clients mostly include email software, chat applications and web browsers among others. Servers include email, chat, Web, application and database, etc. Both clients and servers communicate with each other over a software network, on different hardware depending on the availability of resources. Few examples of client server model are:-

Below is a diagram of client – server model for an easy understanding. 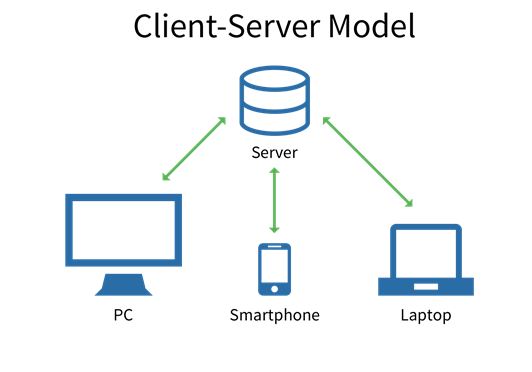 Explanation of data movement between the layers when home page of the organisation (Ex – Symantec) website gets opened (with the help of OSI diagram)
To get a better understanding of how the movement of data is when home page or web page of Symantec is opened, one need to briefly understand about OSI model and what its different layer depicts. Generally, an OSI model is described from top to bottom i.e. from layer 7 to layer 1. The different layers of an OSI represent the following:-

Application (layer 7)
An Application Layer is considered to be the top layer of an OSI. This layer is considered to be “closest to the end user” in the model. Users interact directly with all the applications of this layer and take advantages from it in their day to day activities. Different web browsers like Safari, Chrome, Firefox, Google, etc. and other applications like– Outlook, Skype, and Office are some of the examples of this Layer (Chertoff, 2018).

Session (layer 5)
Session Layer comes into play to organise a session when any two appliances, servers or computers needs to “speak” with each another. Setup coordination is one of the functions which this layer comprises of that depicts (example, how long a system should hold -up for a response) and ending between the applications at the respective terminating point of the session.

Transport (layer 4)
Transport Layer known as Layer 4 accommodates for the coordination of the transfer of the data between the hosts and terminating points which means accessing knowledge about where should the data go, what should be the rate and how much to send, etc. Internet Protocol (IP) above which Transmission Control Protocol (TCP) is built are called as TCP/IP is known to be the best example of this layer till date.

Network (layer 3)
Network Layer comprises of how a router functions or in other words functioning of router. This layer has basic functions of packet forwarding which means carrying of network from one segment to another through system nodes. It also includes routing via distinguished routers (Skopik, 2017). A computer system may want to connect with a particular server at a given period of time and there are various paths in front of that system to take, which distracts it from choosing the right path. This is why Routers are there to help the system chose the correct route efficiently.

Data link (layer 2)
When two nodes are directly connected, transferring of data between those two nodes is easy and the Data Link Layer renders them also handling correction of error from the Layer 1 or physical layer. LLC layer or Logic Link Control and MAC or Media Access Control are 2 sub layers that also exists in Data Link Layer. Generally operations related to switches are done at this layer.

Step 1:- we basically type the address in the web browser that uses HTTP known as Hypertext Transfer Protocol which is the protocol of APPLICATION LAYER of an OSI model.

Step 2:- A HTTP packet is created by the respective browser which basically means that web page is interested in getting the page that has been typed in the URL. The packet remains in the system and does not move out until the browser gives that HTTP packet to another process that is running in the system called TCP I.e. Transport Layer Protocol of an OSI.

Step 3 :- In the third step , the higher layer asks for the lower layer to perform the services of data interaction until they reach the final layer where the typed URL ( i.e. the homepage of Symantec) known as server establishes a relation with that of TCP so that the data can be transferred. This establishment of relation to communicate with each other is known as Session and hence comes under the 5th layer of an OSI.

STEP 4:- The HTTP packet still remains in the system and does not move out where Internet Protocol is handover with that packet for routing and addressing. This process comes under the Internet Layer Protocol (Kurtz, 2016). This process continues and the packet still remains in the system after which the delivery is done to Network Access layer by the IP. Network Interface layer is the 3rd layer if an OSI.

Step 5:- This is one final step where the network layer delivers the data to Physical Network. The system physically transfers the bits of frame that is flowing over Ethernet cabling using electricity and the HTTP packet moves out of the system. This is how the layers of an OSI come into action when homepage of Symantec is opened. 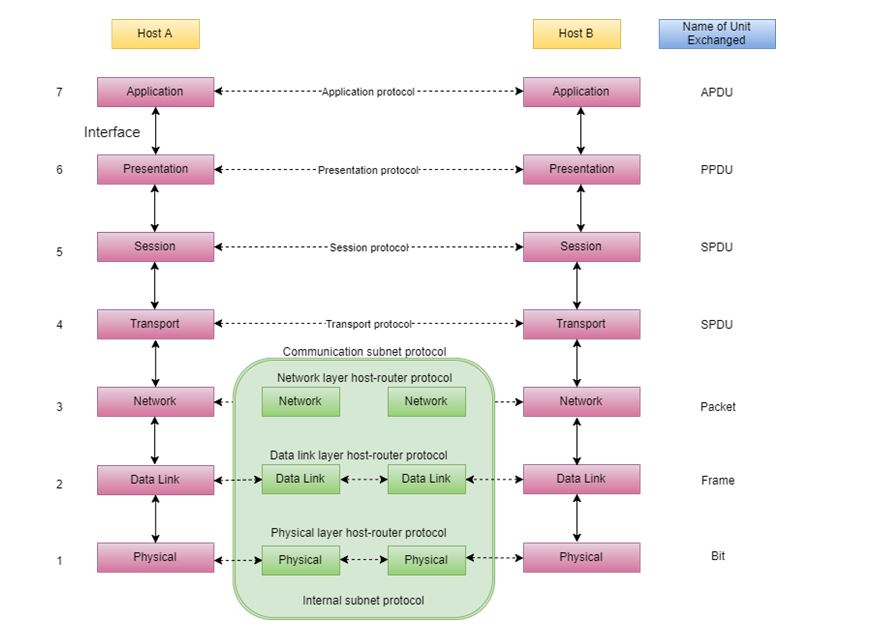 Conclusion
Information Technology is one of the most powerful tools accessed by companies today. It helps increase the efficiency and effectiveness of the company. In recent years we have also heard about the new trends in this field that includes Internet of Things and Machine Learning and many more are yet to be discovered. There are a lot of scopes in this field as this is becoming cheaper and those objects which will be providing us with good information will be equipped with this and then it would not be processes by ethical applications anymore because of the high information it will provide and will be mostly analysed by Artificial Intelligence. Symantec IT management assignments are being prepared by our IT Management assignment help experts from top universities which let us to provide you a reliable assignment help online service.

Furfaro, A., Argento, L., Parise, A. and Piccolo, A., 2017. Using virtual environments for the assessment of cybersecurity issues in IoT scenarios. Simulation Modelling Practice and Theory, 73, pp.43-54.