Task: Provide a relevant and thorough SWOT analysis of Maggi in Singapore.

Introduction
Maggi is a renowned product that is marketed under the group of Nestle which sells products under the category of sauces, bullion, and soups. In the local market of Singapore, the soups and noodles of Maggi are in very great demand and exigency. It was from the year 1975 that the Nestle Maggi has started marketing its noodles. The company has its own strengths and weaknesses though it possesses high customer faith and has a position of the biggest brand in the local market of Singapore (Prasad, 2015). In this report on SWOT Analysis of Maggi, a detailed analysis of the weakness and strength of the company is conducted. 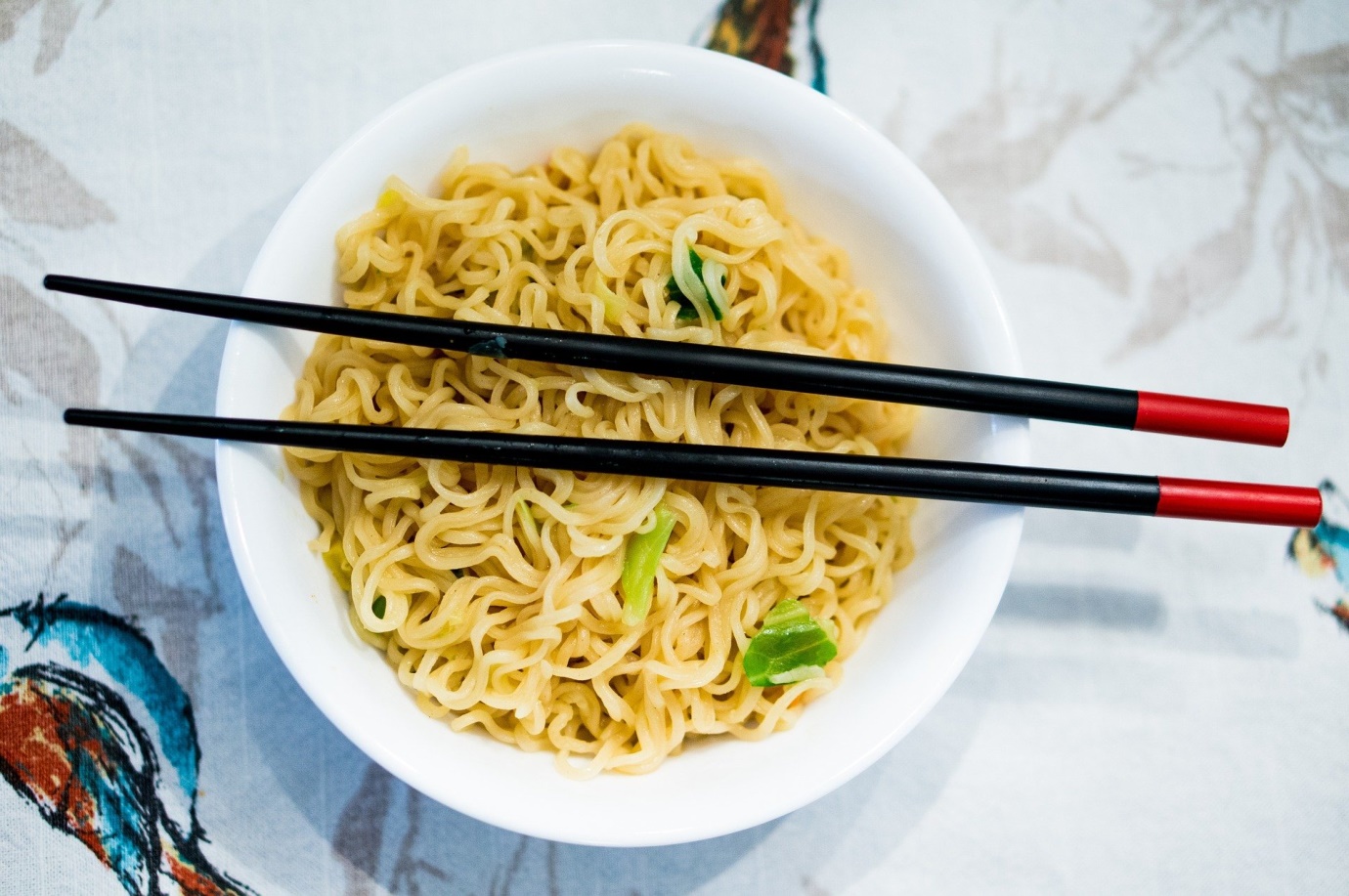 The working class in the global society was in need of fast and convenient food products for consumption which was sufficed by the products of Maggi. The motto of Maggi, Fast to cook and good to eat gives a clear idea regarding the genre of products marketed by it.

SWOT Analysis
As mentioned in the previous section of this report, a plethora of food products are being marketed by Maggi in the local market of Singapore. The variety introduced in its noodle section itself is well accepted by the consumer community of Singapore. The below conducted SWOT analysis would help you in understanding how the company has acquired such a prominent position in the national food market. 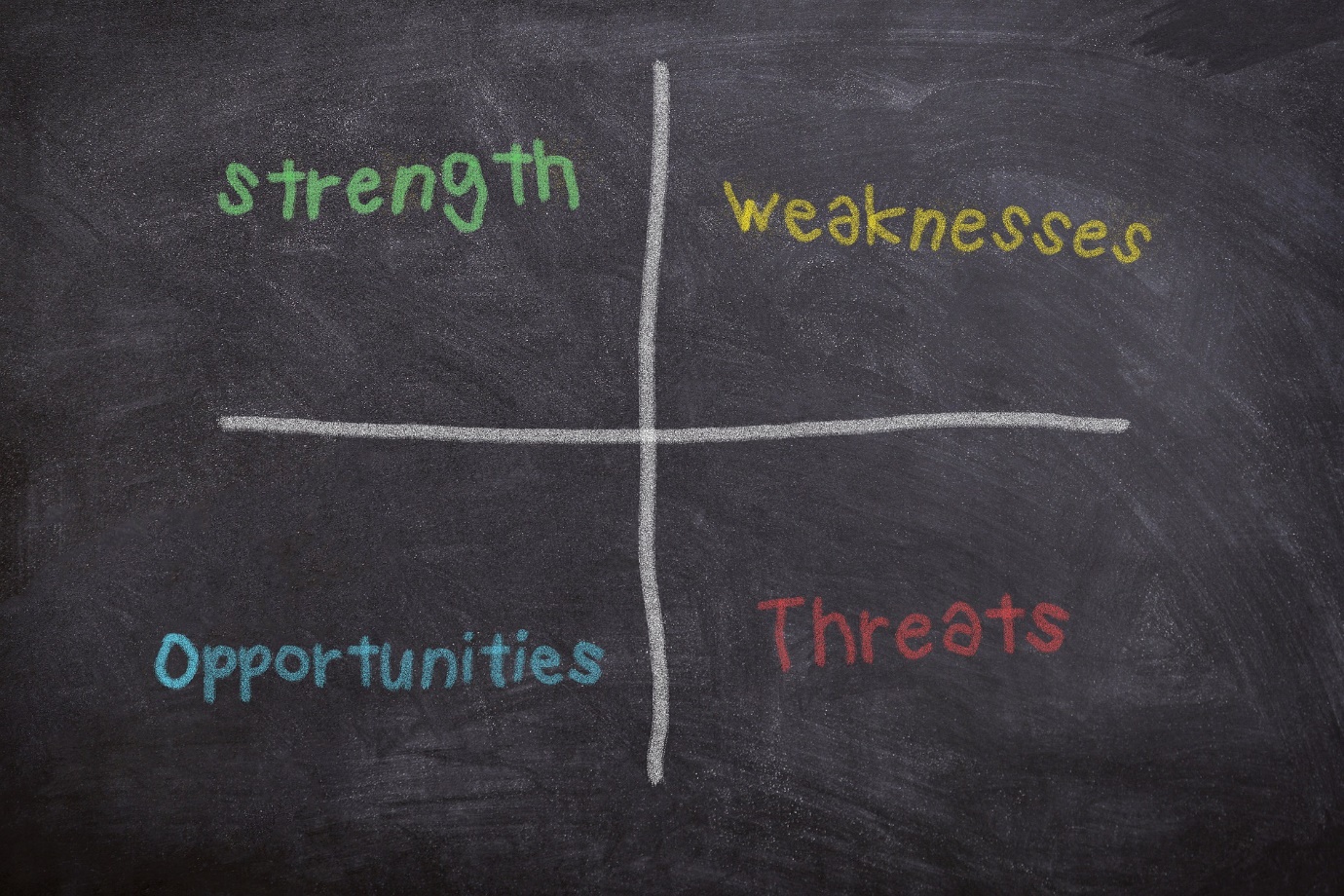 Strength
Maggi constitutes to be one of the reputable divisions of the Nestle brand. The high reputation of Nestle itself is the biggest strength of Maggi products. Even though we are talking just about the local food market of Singapore, Maggi products have proven their dominance in the international food market, and the same fact of being recognized as an international brand provides a highly authentic reputation to it in the local market. The fact that it could be prepared in just minutes and could be consumed effortlessly makes it a very appropriate food for the busy and dynamic population of Singapore. 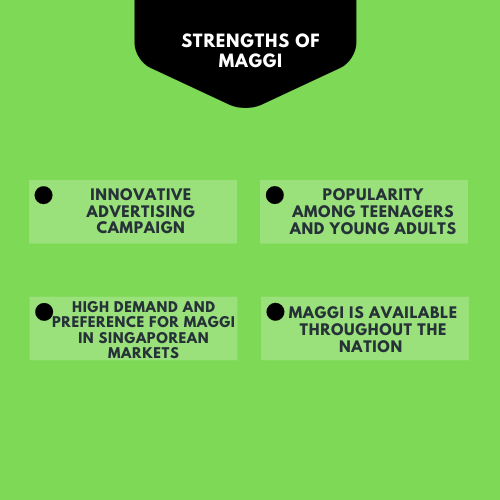 Below are mentioned the major strengths of the Maggi brand in the food market of Singapore.

Weakness
There is no prominent weakness for the products of Maggi because of its association with the humungous brand of Nestle. The mere brand of Nestle ensures the quality delivery of products from Maggi. Below are mentioned some of the mere weaknesses that exist in Maggi. 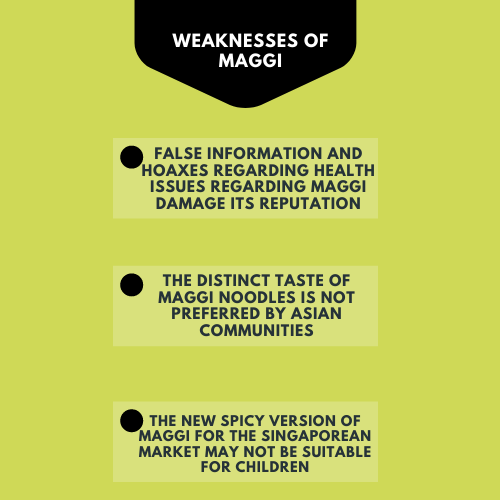 Opportunities
The years of operation in Singapore have revealed that the products of Maggi have the potential to suffice the needs of the population for an elongated period. The company should identify various hidden opportunities to acquire further heights in the local food market of Singapore. 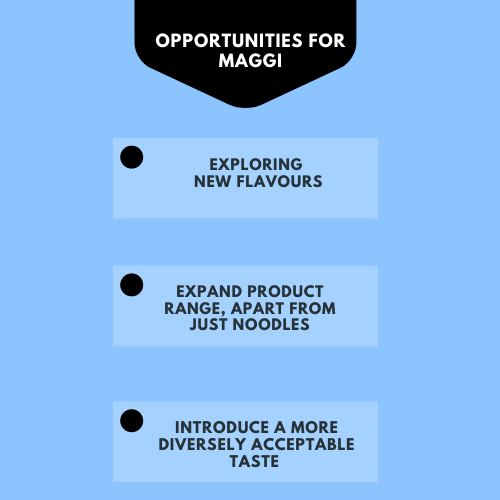 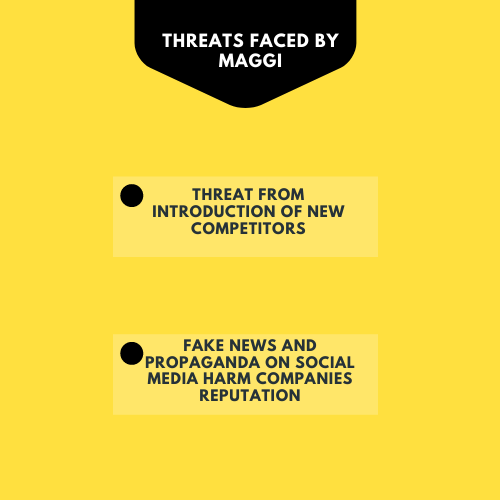 Conclusion
If taken the instance of Singapore, the population of it is comprised of people from different nationalities and ethnicities. Instead of being known as Maggi as in other countries, it is known as Maggi noodles in the Singaporean consumer community. The customers of Singapore has developed a particular taste and culture of consuming Maggi products. Though in the recent period, the company has gone through its lowest phase, various opportunities could be utilized by it to reach a higher stage of business. As can be seen in the present paper on the SWOT analysis of Maggi, the company needs to convince the consumers that there is no negative impact on health after its consumption.