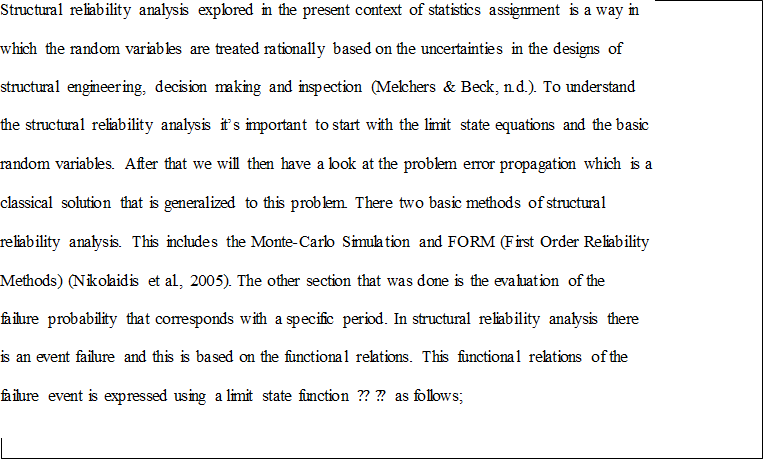 Monte Carlo Simulation Method
Monte Carlo Simulation Method provides a direct consideration on the various probability distribution for variables that are random and computation of the probability of failure during structural analysis (Zio, 2013). This methodology uses the capabilities of NN in approximation of functions that reproduces structural behaviors. In assessing the validity of the methodology we performed a test function on two structural examples as presented below. The results of the different set of random values and the probability functions are calculated over and over again.

Consider the equation below;

From the above equation above we are going to provide the probability integral using the indicator function as shown below; 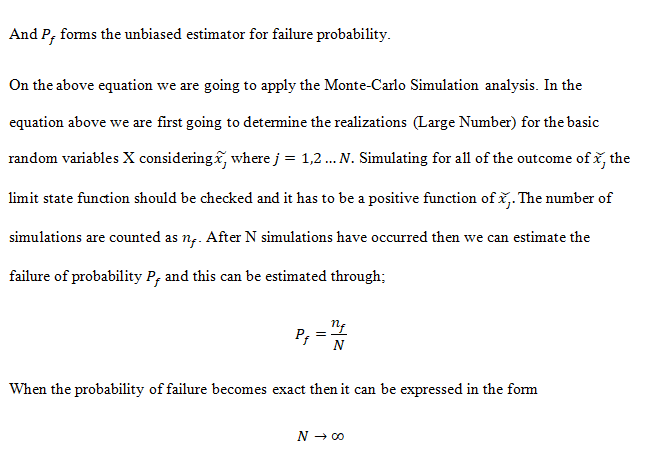 The function equation for the joint density above provides N outcomes for the simulation. This can be done in two basic steps; 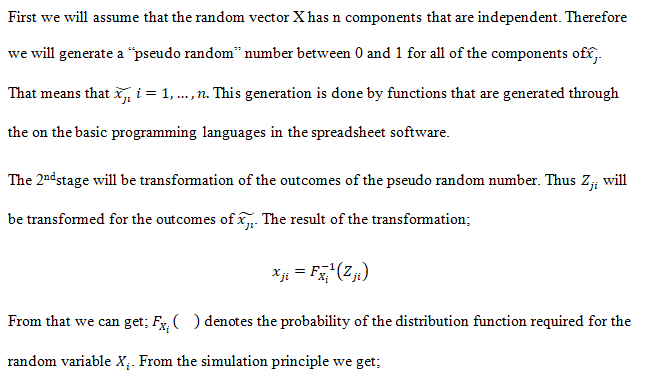 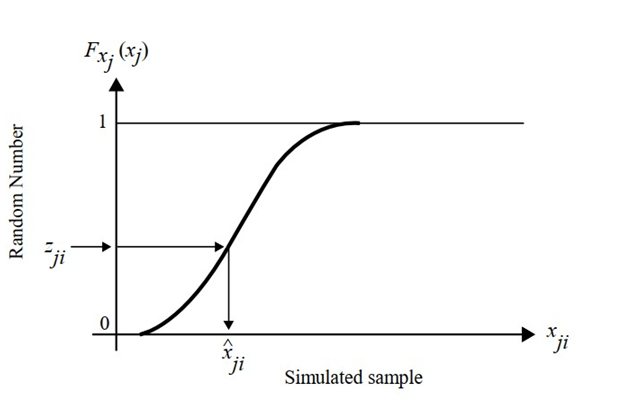 First Order Reliability Methods (FORM).
The First-Order Reliability Method (FORM) approach is a perfect alternative to simulation for obtaining probabilistic estimates for reliability. Hasofer and Lind (1974) came up with an iterative formula that was used in the search of MPP (Most Probable Failure Point). This can be defined as a point on the failure surface that has a minimum distance from the origin available on the standard normal space. Thus for them they proposed that the main effort to FORM can be expressed using the following model.

From the above formula we can derive the FORM Formula as shown in the below analysis.

The First Order Reliability Methods (FORM), is done through the Asymptotic Laplace Integral expansion (Niederreiter, 1998). We will start by defining the vector of random variables as follows; 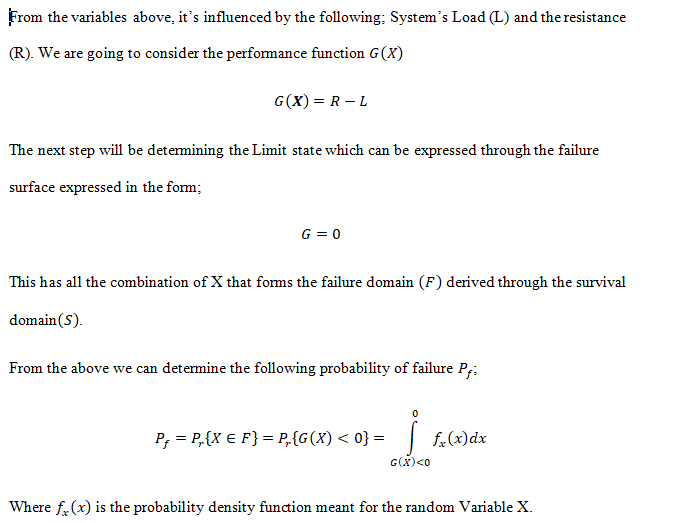 The above probability of failure can also be derived using the reliability index as follows; 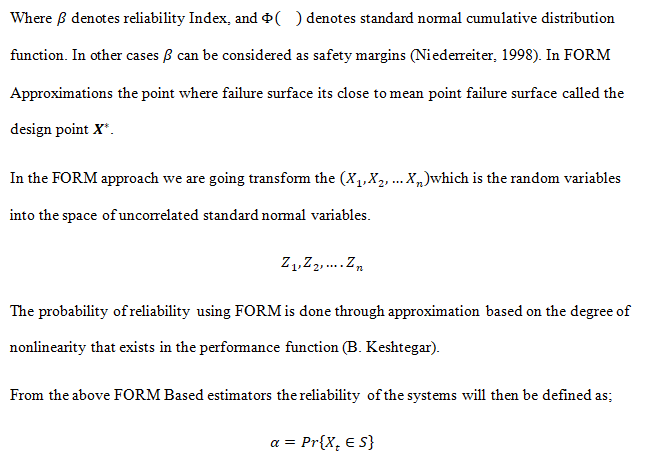 The above complements failure probability; and thus the reliability measure will be depicted in the form;

The above analysis can be expressed in the following diagram; 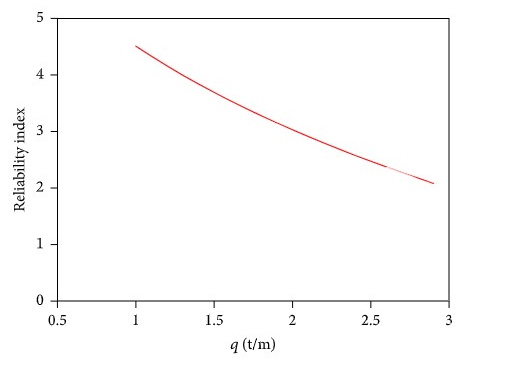 The advantage of FORM Over the other techniques is that for convergence purposes it only needs a small number of iterations (B. Keshtegar and M. Miri). This makes its computations to be efficient and accurate. In addition to that FORM has its random variables number increasing with a decrease in its efficiency. 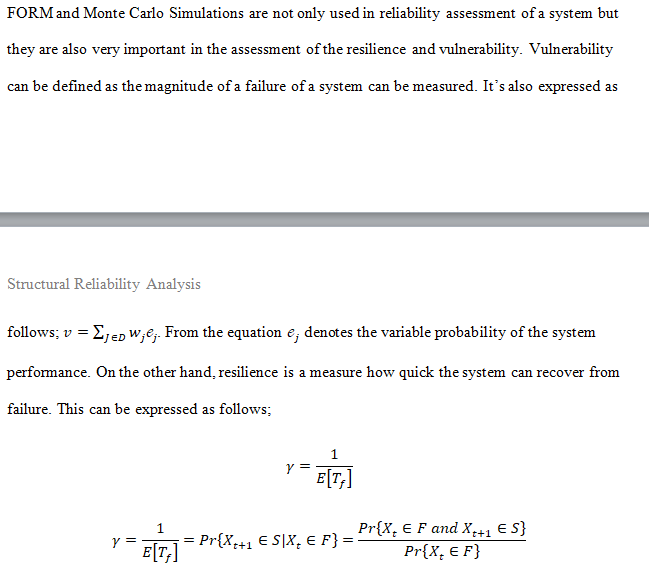 From the above analysis the MCS approach is more attractive compared to the FORM-Based approach. This is only when more variables and estimates are required. For precision and accuracy of the results then the other form is likely to be adopted in structural analysis.

B. Keshtegar and M. Miri, “An enhanced HL-RF Method for the computation of structural failure probability based on relaxed approach,” Civil Engineering Infrastructures Journal, vol. 1, no. 1, pp. 69–80, 2013.