Task:
Write a report on sociology assignment on the topic “African women representation through images in colonial times”.

Introduction
As cited in this report on sociology assignment, the Europeans began arriving in Africa in the 15th century residing in the coastal enclaves when they pursued trade in goods such as gold, ivory, and slaves. The years of most intense colonialism with the increased level of warfare have assisted in the enforcement of political control in the African community. In such a situation, the African women resisted the incursions from the beginning, when the first nationalist movement took place in the 20th century culminating in successful transfers to independent status for the African nations in the 1950s and 1960s (Landau, 2002). This study will highlight the use of picturization in colonial times to highlight the image of African women utilizing varied evidence. The image through which the African women are highlighted is so normal that it becomes difficult to observe the real images or the stories of what it portrays.

Discussion
It is important to uncover the beauty of the African women as well as the world within the colonial histories that highlight special detailed attention. The earliest images of African women were seen as art. The global reach that is fuelled by voyeurism and racism lays a disturbing effect on the unknown European photographers triggering discomfort. Further, there have been uniformed portrayals of African women as sexual figures or serviles exalting the beauty in their way (Dunn, 1996). It has been found that the African women during the colonial times also used indigo cloth in their fashion. There has been systematic research carried out in delving deeper research in the field of textiles and trade across 11 African countries. On the other hand, it has been found that many pictures highlight the image of women’s family and thus it is intriguing through the social history around women’s dress. 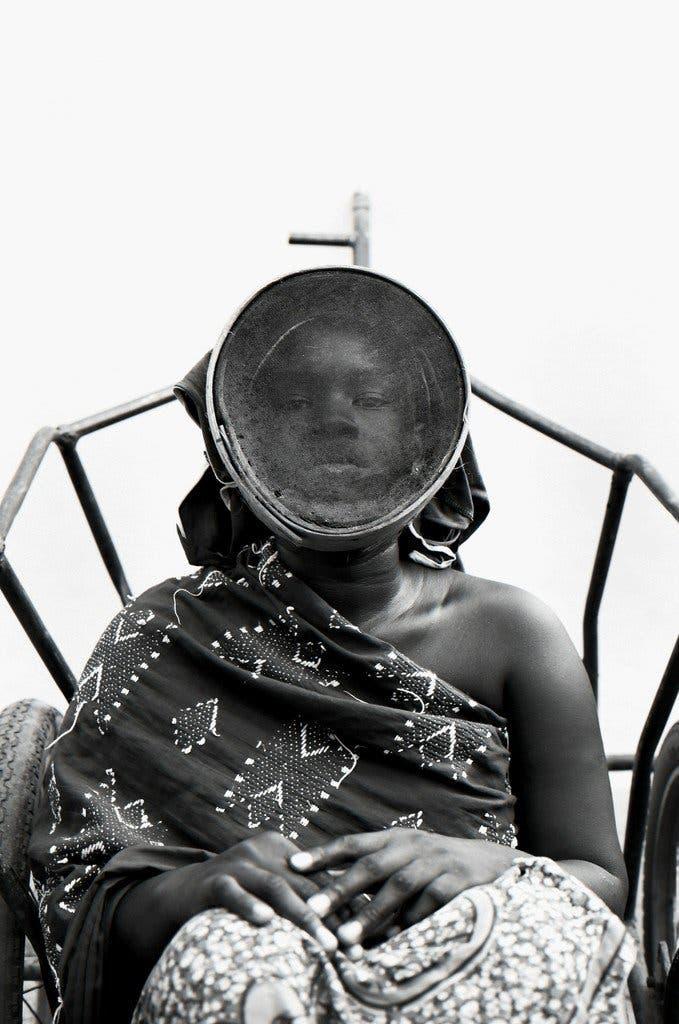 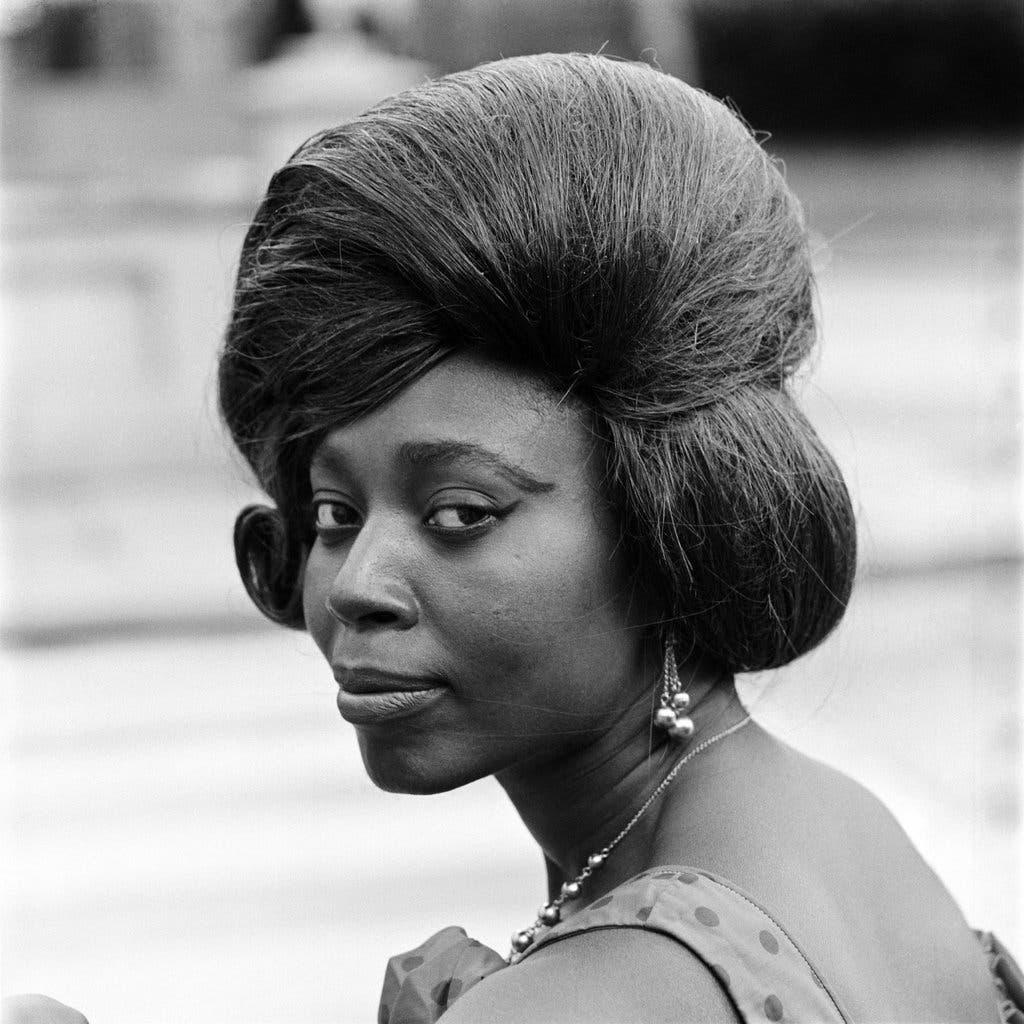 In the above figures, the photographs of local fashion of the African women during colonial times have been highlighted. During that particular period, the colonial photographers utilized the images with different intentions i.e. without the subject having any role in the photograph (Dunn, 1996). It is important to observe the differences in the photograph, the expression, and the posture that is being utilized. The different images included the contemporary and the modern works assisting in getting a full view of that time as well as the subversive perspective on the investigation of the history of photography with its relation tied to the black African women as subjects. 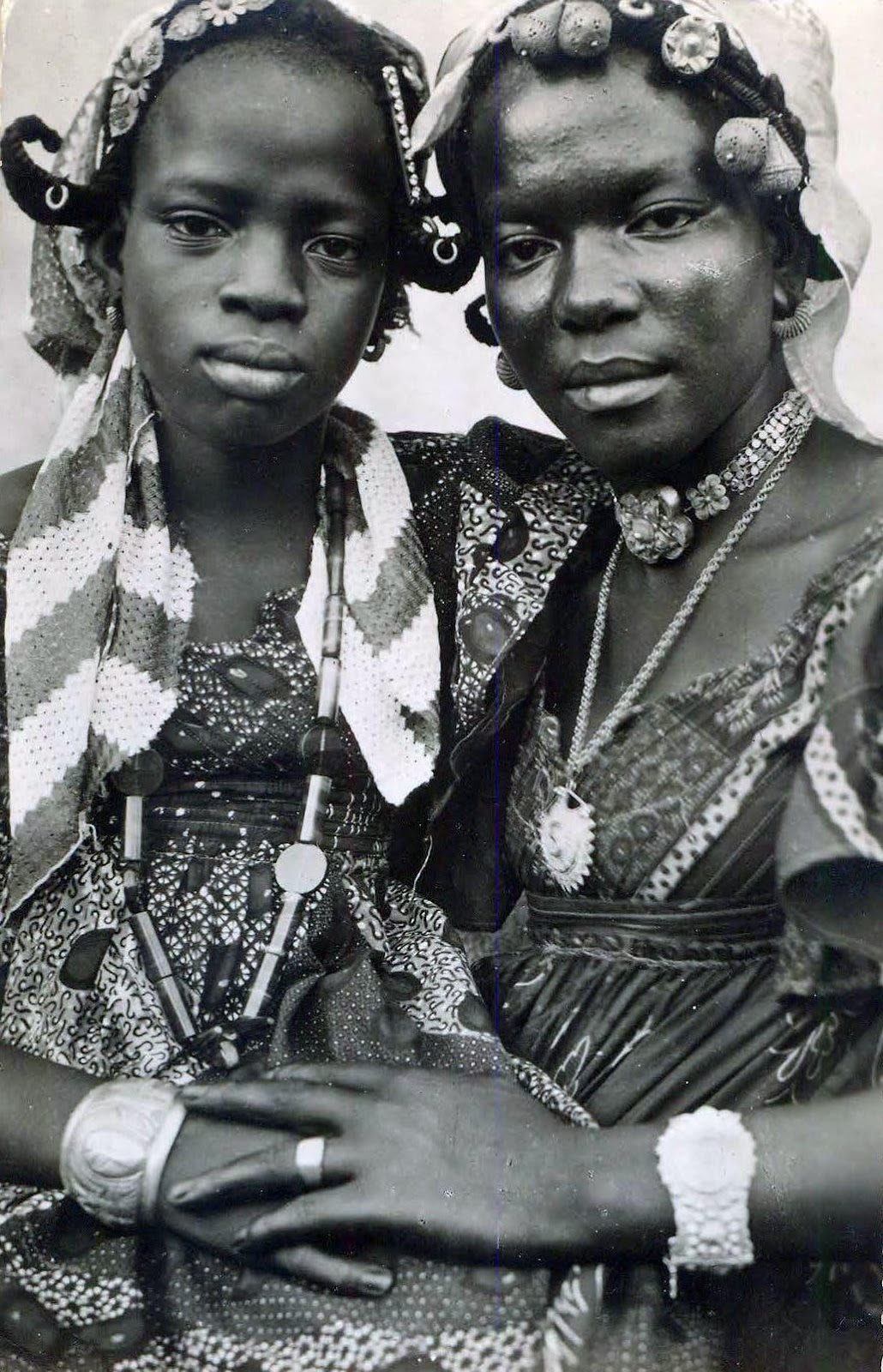 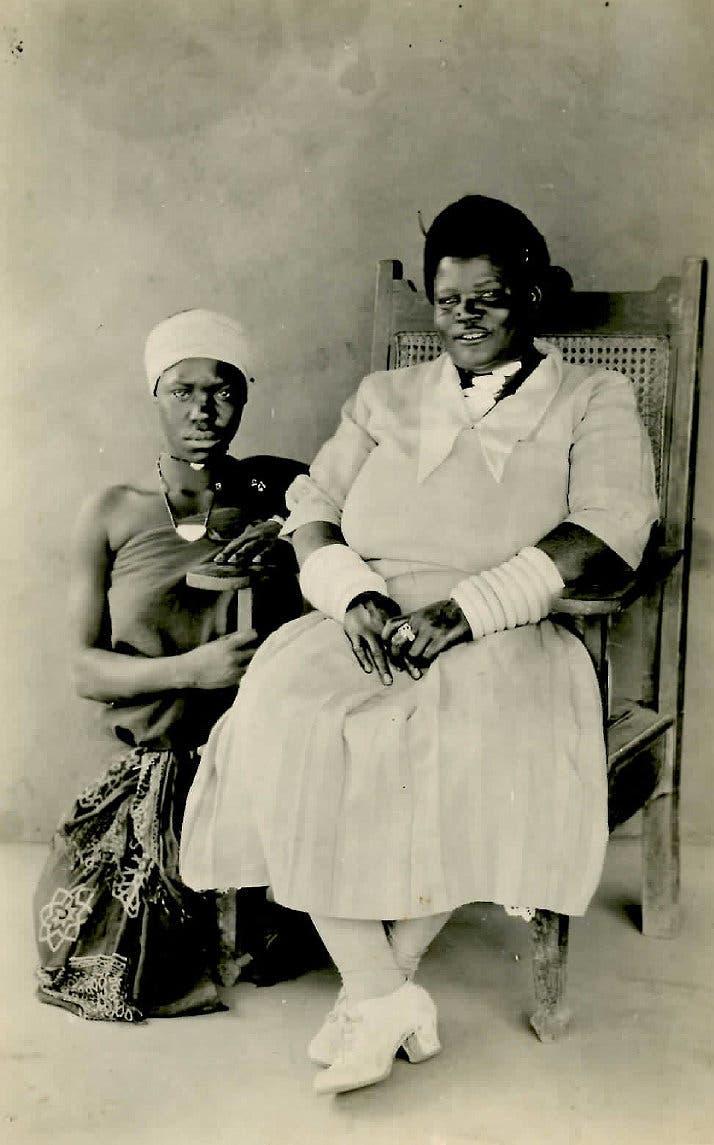 The above picture highlights some of the special timelines of the African women during colonial times as well as its link to Africa. Most of the women at that time are descent and thus they are considered to be curators and historians of that time. The above images are also regarded as the groundswell moment depicting the documentary photography embedded in a larger scope of production as well as circulation of the individuals and the subjects (Govender et al., 2014). However, it has been found that there have been recent developments made in African photography as well as contemporary art highlighting women. 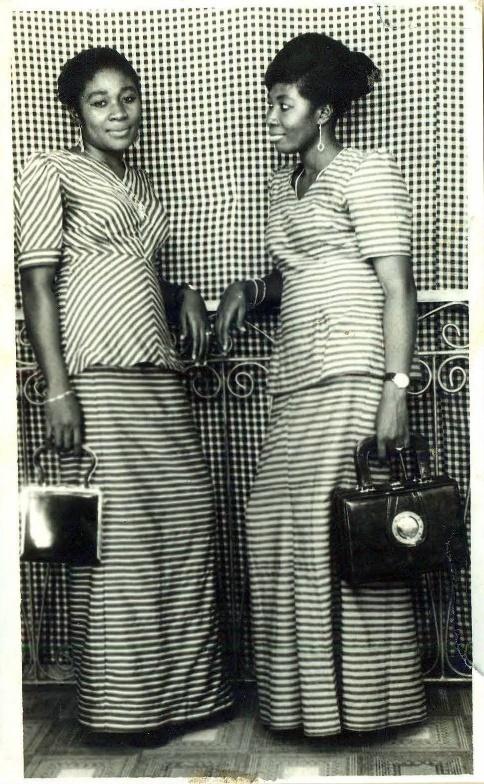 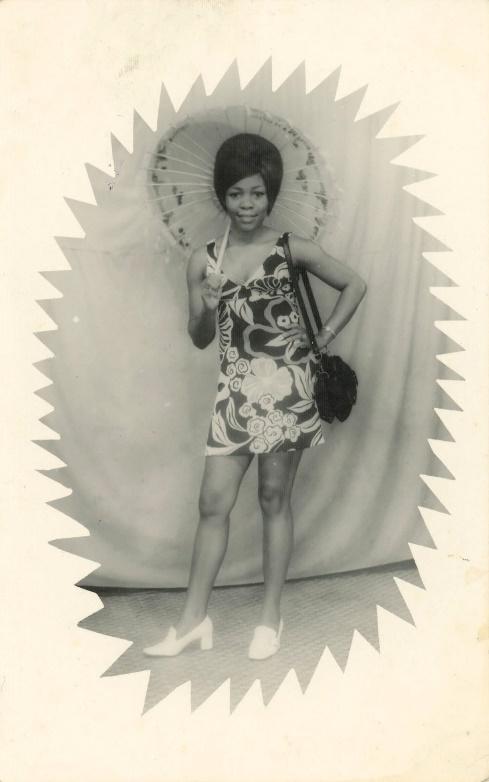 Fig: Women with an umbrella

In the above figure, the female subjects of the colonial era highlight how they control their image. The pictures also illuminate the African women as the subjects and how it is important to control their image. The picture of the woman on the right-hand side depicts women wearing Victorian dress whereas the image expresses the resistance to genocide. Moreover, the image also highlights how colonial photographs are distributed across the world without the permission of the subject through the correspondence of the postcard (Dunn, 1996). It is also essentials to analyze the importance of photography in shaping the thought about black women and how it is used as an important tool of empowerment in highlighting the identity. There are different ways of disseminating and making photographs although all images do not have the access to a similar level of tools in making photographs. The authorship as well as the ownership of the image gets shifted to a great extent.

The photographs of the Africans also highlight a truthful presentation of the subjects causing social issues. This photography also represents the varied form of representation that is a social practice whose connotations are organized through contracts and ideas. The photograph of the African women also highlights the varied ideals of that particular time. However, it has been found that colonial photographs are not considered to be accurate or objective (Landau, 2002). It is important to consider that all the photographs possess varied epistemic values that possess a valid source of information. In considering the epistemic value, the viewers also possess background belief in influencing the ability to provide evidence to the photograph. The photographs like other mediums are considered to be biased in their subject. It is important to consider the varied factors linked with the photograph or the inclusion or exclusion criteria by the photographer highlighting the meaning of the photo (Dunn, 1996). The usage of different photographs of the African women represents the higher level of superiority of the sub-Saharan African region that is one of the powerful weapons in that empire. It is important to pair the legitimacy of varied photographs of the African women and thus understand how the colonial power portrays supremacy over other individuals that are considered to be uncivilized (Landau, 2002). Further, the varied power of the photograph depicts the truth that is reinforced within the ideas of the empire highlighting Africa as a crucial place for death, disease, and savagery. However, the colonial powers that are invaded by Africa along with the scientists and the missionaries are likely to grow dark as it is flooded with more light. In this case, an example can be cited of the below picture of the Belgian Congo in 1910 that was framed for a postcard (Mabry, 2014). The below picture also highlighted the role of the sewing class that took place in the Mission of the daughters of Charity. It can be found in the picture that three important Congolese women sat near the sewing machine along with the two white women wearing white dresses who placed their hands on the shoulder of the Congolese women. However, it is important to consider that this position of the women is not accidental and the postcard portrays the role of the missionaries in justifying the mission. The women who stand apart from the Congolese women also place a loving hand on the shoulder depicting a parental relationship between the two (Landau, 2002). Further, the Congolese women are often put at the lower level and this postcard is a common way of highlighting the African women as an imperial case. 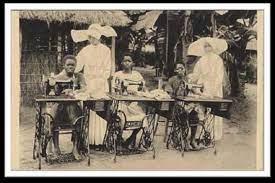 In the above picture, it has been found that the light, as well as the dark photography of the Christian missionaries, describes the different types of discourse of the civilized mission following the justification of the colonial rule. However, it has been found that most of the population in the Sub-Saharan region is generally highlighted as black heathens (Landau, 2002). Care should also be taken of the racist discourse where the African women are the savage and the sinful individuals. The racial, as well as the societal superiority of the African women in the above-highlighted images, also depicts that the Africans pose a burden in the process of civilization during the darkest part. The African women are also a vital part of the religious aspects that are justified as the empires of ambition (Mabry, 2014). There should also be careful attempts made to claim the religious authority that is important in claiming the colonial power to analyze the presence in the foreign country. The varied photographs of the African omen also highlight colonialism that is considered to be important for African women. The racial discourse, the convictions, and the photographs also depict the social process of interaction that is regarded as empowerment of African women (Dunn, 1996).

The colonial power of the African women highlighted the difference between the light and the dark, the civilized and the uncivilized aspect to a great extent. Though it has been found that there exist differences between the women individuals residing in Sub-Saharan Africa, it is essential to take an important step that depicts the separation of culture between the varied African society (Mabry, 2014). This can be considered to be an effective step and many nations consider it to be separate from each other. The varied images that are highlighted above depict the financial aspects of the colonial powers taking care of the natural resources. The varied structures of the African women during the colonial times highlight their powerful role and different photographs perpetuate the ideas of disease, violence, and famine leaving some of the important conditions (Landau, 2002). An example can be cited of the photographs taken in the world media portraying the Somali famine of 2010-2012. The image also depicts the dire situation that acts as a representation in this case. The effect of the drought also highlights the forced case of neoliberalism as well as the cheaper imports leading to the inability of the farmers to make the improved level of profit. 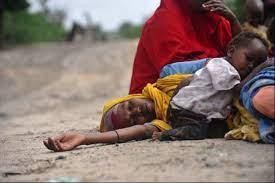 The different representations, as well as the ideas of the African women, are linked to western culture. It is important to examine the different types of solutions that pose difficulty as most women individuals are associated with the discourse unconsciously. The different types of perpetuations representing the African continent can be considered to be associated with the nation or the political entity process (Mabry, 2014). There must also be homogenization of the African women related to the present day and thus it addresses the needs of the women in the present situation. Further, it can be said that within the particular photographic context, all photographs depict objective representations and truthful aspects through varied codes and conventions (Dunn, 1996). All the images described above highlights the racist prejudices as well as the biases made against African women during colonial times.