1. Explain the risk management processes undertaken by your chosen company (what are the processes at present).
2. Identify and critically evaluate the impact of ONE INTERNAL and ONE EXTERNAL risk (of your choice) affecting the company.

3. As part of the audit, categorise the risks by applying academic theories and risk models such as the Causation chain and the Risk mapping Grid.

4. Explain the appropriateness of the risk mitigating strategies you have identified in respect of the risks, applying the Shell model to justify your suggested strategies.

Introduction to Risk Management Assignment
British Airways is amongst the largest airline companies in the world. The headquarters of the airline is in ‘Harmondsworth’, United Kingdom. It is mainly the merger of three airlines that is: United Airways, Hillmans Airways, Spartan Airlines and together came to be known as British Airways. It has more than 400 international airports, which honor it with the position amongst the largest international airways worldwide. Long-haul customers are the major source of revenue for the company. The company has to handle the ups-downs of the global business market. Airlines are very sensitive to the economic conditions of the country and its market (Britishairways.com, 2021). Types of Risks in an airline business are:

Risk Management Process
The risk management process is very crucial for any organization. It is a process of managing Risk where risk can be defined as uncertainty that matters.So for an organization like ‘British Airways’, managing risk is a very important process. 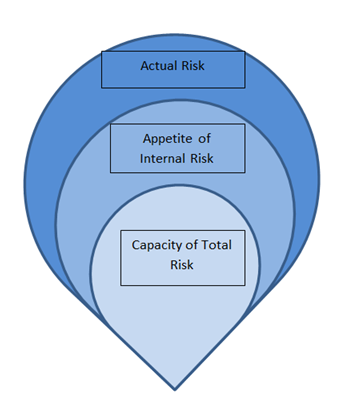 The above image shows the three major steps of the Risk Management Process, which is very significant for an organisation to follow. It can be further broken down into five more steps to simplify it, retain consistency, and attain efficiency(Hudáková and Dvorský, 2018). The steps are discussed below:

Objective Setting: The first step is to determine the company’s goal: the level of risk it can tackle and is within its level of handling. Example- building new infrastructure for ‘British Airways’.

Measuringthe actual risk isunder the boundary of the appetite for riskof the company.If the fund is raised through loans, then the amount of interest of the company.

Identificationof Risk– After setting up the company’s quantum of acceptable risk, the second step to be followed is to determine the risky areas. The rate of uncertainties can affect the desired purpose of the company. Recognising and describing the risk that can affect the planned outcome of any project(Shad et al., 2019). An example of building new infrastructure for the company is which type of risk, it operating risk or external risks or any other type of risk is to be judged in this step.

Assessmentof the Risk– After determining the extensive list now the company can classify the risks which are more before be tackled. Prioritisation is classifiedinto two dimensions, firstly materialising and the other is the impact on the company. These require- Risk Quantification and Risk Evaluation.Now the company gets a prioritised list of uncertainties to be managed. In this step, the company can list several risks that are to be handled and prioritise them accordingly. Like building the infrastructure involves huge risk, so is it that significant or not is to be judged here.

Planning and Strategising to prevent risk– Further, the company has to respond accordingly. Broadly there are four risk responses that British Airlines has to face, such as particular risk, based on the outcomes the company desires. These are four T’s:‘Terminate, Tolerate, Transfer or Treat’. Treating the risk to minimise the potential losses with the help of different strategies and preventive plans is important.

Implementation of the Risk Response Strategies – Implementing the strategy according to the company’s requirement is the most important process(Khan and Ali, 2017). If the infrastructure to be built is a project or any past accidents made to do so, the strategy should be made accordingly.

Evaluating the Risk Management Strategies implemented- Company will check whether the actions completed areexpected or not and whether they need to modify the approach. Such as using the old techniques to build the new infrastructure is appropriate or not as per the safety rules and regulations.

The Recent External Risk- ‘Brexit’
British Airways has to be operated in a crucial political environment as many countries are constantly facing terror attacks. This has led to political control on flights by stopping them in few areas. Brexit has increased the political disturbance in the whole country. This vital factor that has impacted the workings of British airways has been crucial for the company. The implementation of various safety rules on the company was done for the customer’s convenience(Prasad, 2020). The Brexit has also affected British airways as they suffered due to huge monetary value during that period. During this crucial period for the country, the prices are controlled by the government.

The Internal Risk– ‘Digital Disruption’
After the most destructive terror attacks of 9/11, the whole airways industry has to undergo a digital disruption of instability. The significant role of the internet assisted the digital revolution. The revolution in the digital field has also changed the costing framework of the airway industry. The organisation has invested in developing its technology to attain qualitative support and provide safety to the customers. This field has a significant impact on the overall targets of the company as most of the primary business procedure in British Airways relies on the IT system. It can cause huge revenue loss and negatively affect the brand reputation (Cantamessa, Gatteschi, Perboli and Rosano, 2018).

Risk Categorisation
Risk categorization refers distinguishing the type of risk according to its severity
involved in it for the given industry. Risk can be categorized on the basis of Probability and Severity and further it can be dived according to frequency.

Risk Mapping Grid: The level of impact a disaster can put on the airlines industry is depicted through the mapping grid below. It helps in knowing the severity a disaster could cause to the company.

Causation Chain: Airlines
The accident causation model is based on the assumptions of constant disturbance in three categories:
Simple Linear: Accidents are the apex of sequences of circumstances. It is a serial interaction of occurrences. A sequence of causes can project it. The assurance is that if the series is broken by withdrawing any of the steps, the occurrence can be avoided. Complex Linear: The accident is a combination of hazardous and risky acts which happens serial wise. The model also examines variable elements which include environmental and organisational issues also. The implementation of the model allows the set-up of security barriers in the company. The model is categorised as epidemiological, conclusions can be drawn from latent elements that do not affects the result and also oversimplifies the root cause for the company.

Complex non-linear: Accidents are the consequences of combinations of mutual interactive variables happening in the actualenvironments. These interactions can be understood by analysing them andcan help in preventing accidents. It is a systematic model directedand based on the interactions of the working pattern of the company rather than focusing on a single event(Qazi, Quigley, Dickson and Ekici, 2017). Accidents are unpredictable situations for any company, but the consequences are very crucial in the case of airlines.

SHELL Model
It helps in relating the human factors with the aviation system and resources. The risk of failure is the utmost terrifying component of the critical IT system that needsmitigation techniques; British Airways can transfer these types of risk to expertise IT companies. Selecting the right IT firmby British Airways should check the cost benefits it can render, privacy it can maintain and other areas. Since the mitigation resources are not enough for the company, it can outsource the process.The company’s risk initiated by government policies has to be faced, as there are no better alternatives to it.

The following four categories of the model are:
Software:it governs the operations of non-physical factors, such as:

Hardware: physical factors of SMS, such as:

Environment: the environment in which the company exists that may influence the SMS, such as:

Liveware: the human factor involved in the program, like:

Case Study
In the year 1990, an aircraft with eighty-one passengers and six workers was travelling. The aircraft was flying at the height of more than seventeen thousand feet. The pressure was quite high, which led to breakage in the cockpit windscreen. Later it was blown out due to more. The reason for this accident was discovered later. It happened due to the recent replacement of windscreen made with wrong bolts. It did not occur due to a single replacement of the screen, but the continuous failure of the system led to that accident(Hofmann and Scordis, 2018). Human is the most crucial component of the system subjected to various considerable efforts in performing a task given. Further investigation revealed that the technician who did the replacement of the screen of the plane had not performed such type of task since last two consecutive years. Due to this, the whole company was blamed for this accident and led to the company’s standard and reputation failure.

Conclusion
The airline companies are tough to handle, they may provide many opportunities and gains, but the threats are neither less in this field. Managing several risks and contemplating the losses they can cause is the task of experts. Risk management has to be done carefully by applying various tools like implementing risk-avoiding strategies or responding to planning and strategising against it. The identification and assessment of risk is also a significant process to be followed. Later it should be evaluated and finally reported to the authorities. The strategies required to combat the risk,which includes external risk and internal risk that can adversely affect the company structure, and its working process, are discussed. Risk mitigation is also a way to avoid uncertainties caused in the company through categorising and prioritising the process. The shell model helps to know the other factors which can influence working in the airline company.

Hudáková, M. and Dvorský, J., 2018.Assessing the risks and their sources in dependence on the rate of implementing the risk management process in the SMEs.Equilibrium, 13(3), pp.543-567.