Task: Penetration Testing Assignment Brief:
Scenario: Assume that you are working as a consultant for an SME which is building its capability in penetration testing. You are part of a small team of three (3) consultants who are preparing to deliver a grey-box penetration testing project. Your client has asked your employer to conduct the penetration test against a server, as they fear they might have already been breached. To their best of their knowledge, the company assumes that the server offers only the following online services: http, b) ssh, and c) vnc.

In this context, this assignment has two tasks:

Penetration Testing Assignment Task 1
a. Introduction
Penetration testing is also known as pen tests or ethical hacking. It is considered the practice to test a computer system or any web application to find any security vulnerabilities exploited by an attacker(Baloch, 2017). It is mainly automated with the help of software applications. It is also performed manually. Penetration testing is a process of collecting information regarding the target before testing. It identifies some possible entry points for the attack in the system. The attack can be real or virtual.

The gradual development of cloud applications has caused various security concerns because of the lacking of control over concerned resources (Casola et al., 2018). Penetration testing identifies the security weaknesses in the system. It is used to test the security policy of an organization. Here, a grey-box penetration project is prepared in an SME company called CyberQ Group to conduct the penetration test against a server that only follows HTTP, vnc, and ssh.

b. Statutory and Ethical Consideration of a Penetration Tester working in the UK
Penetration testing within the UK law should be ensured that the test is conducted efficiently with testing consent. However, the consent form is included some private and sensitive data and information. So, it needs to be managed with care. All the information mentioned in the consent form should be kept private as per the testing organization's data handling process.

The main ethical consideration in penetration testing is to ensure the defined and agreed parameters. It should be ensured that the pen testing is done according to the consent of the concerned organization. The main theme of pen testing ethics is integrity, which helps protect the client and preserve the "security profession." The objectives should be met to avoid the "conflict of interest," "provision of false positives and false negatives" in the penetration testing.

c. Legal and Ethical Considerations
Penetration testing is considered ethical hacking that identifies securities vulnerabilities in the application or network system. It is important because it gives valuable data about the network system's security status and gives an overall understanding of the security issues in the system (Penetration Testing, 2021).However, some legal and ethical considerations should be kept in mind before starting a UK penetration test. The laws that are used for the majority of the tests are:

The penetration test also needs some ethical considerations. Ethics is considered as "the study of morality." Ethics helps to identify the arguments, defend or understand the other's position, and establish a perfect action course by providing various theories and principles about what is right. Penetration testing also needs some ethical aspects that help decide which technique should be best for the testing. As per the Open Source Security Testing Methodology Manual or OSSTM, the business and industry policies of ethics should be classified before conducting a target penetration test.

However, there are some ethical codes for ethical hackers. For example, the "Council of Registered Ethical Security Testers" or CREST has provided some ethical code of conduct. It not only specifies the ethical codes but also prompts for some good performance. A conceptual model of ethics in a penetration test is proposed that focuses on the function of integrity. The "ACM Code of Ethics and Professional Conduct" concerns people's quality of life in protecting basic human rights (Berendt, 2018). Ethics help to conduct penetration tests efficiently in the UK. 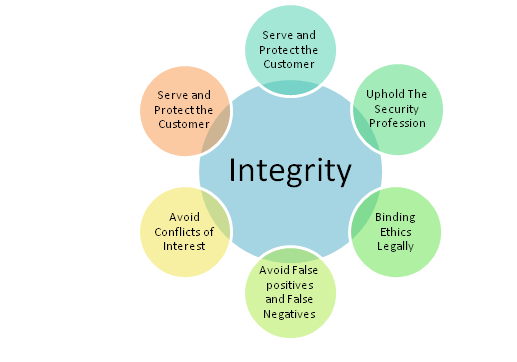 d. Comparison Criteria
The comparison criteria are extracted from the scope of assignment two. A grey-box infrastructure Pen Test should be undertaken to conduct the penetration test.

The comparison criteria are the knowledge of internal working structure, approach, the space of the tables for input,the process of finding error in the system, and the time. It offers only online services like HTTP, vnc, and ssh.

b. OSSTMM
The Open Source Security Testing Methodology Manual or OSSTMM is a framework used to detail the industry's standards. It is considered a scientific methodology to test the network penetration and vulnerability assessment.

It enables the security of the network in the software and develops some reliable and authentic solutions for securing the organization's network.

c. PTES
The Penetration Testing Methodologies and Standards or PTES is a structural approach in the penetration test. It helps through the communication beginning, data gathering, penetration testing, and threat modeling. In contrast, it also identifies the most susceptible areas in the software system that hackers can attack.

The Penetration Testing Methodologies and Standards provide the penetration testers guidelines to test the post-exploitation in the system.

f. Pen Test Methodology Comparison
A comparison is made among the three methodologies of penetration testing. It helps to justify using a Linux server that offers the following online services like HTTP, vnc, and ssh. The Linux server has been built on the "Linux open-source operating system"(Miano et al., 2019). Through this server, the organization can deliver services, contents, and apps to the client at a low cost. It is an open-source server and is beneficial for users.

It is possible with the OWASP methodology. There are some of the vulnerabilities in the Open Web Application Security Project. When many web applications have been hosted on a similar IP address, the host headers are used. It is used to identify the application that can process an HTTP request(Li, 2020). A "host header injection attacks" happen when a malicious host has been injected into the HTTP host header. It can be reduced by using the OWASP penetration methodology.

Here, in services testing and web applications, the OWASP, as mentioned above, the methodology are the best choice. The OSSTMM methodology is used to test the entire network infrastructure and telecommunication process and the organization's security.

The organization wants to deliver a grey-box penetration testing project and conduct a penetration test because they fear that the attackers might breach the system. So, here, the OWASP methodology is suitable for undertaking a grey-box infrastructure pen test. It identifies the possible vulnerabilities in the software through which the attackers can attack the system(Fashoto, Ogunleye, and Adabara, 2018). The grey box testing should be done with the following tools such as Poracle, PadBuster, and Python-padding oracle, and Padding Oracle exploitation.

The consent form is the basic requirement before starting the penetration testing project because it contains private and confidential information related to the organization for which the team is working (Emersonet al. 2017). It requires a certain amount of care and safety. Therefore, a member would be assigned to deal with ethical consideration and consent form.

The installation of a penetration system includes hacking with ethical consideration, and the following must be involved in its consideration (Alet al. 2018). It requires the identification of vulnerabilities in the installation and application of the network. A member of the group would be assigned the job of identification of vulnerabilities and understanding the security issue in the system. The members dealing with the consent form and vulnerabilities identification would also take care of implementing the following rules: UK Computer Misuse Act 1990, Human Rights Act 1998, UK Data Protection Act 1998, and Police and Justice Act 2006. They will try to ensure the legal and ethical consideration in installing the penetration system in the concerned SME (Berendt, 2018).

An efficient and productive operating system that is open-source is provided by Linux. It is used to address the business requirement of applications, including network administration and database management (McPhee, 2017). It provides a better security system, flexibility, and regularity which is the demand of every business inclined towards the installation of computer application. Some of the important features of the Linux server include stability, efficiency, security, and networking. The stability of the Linux server can be better understood by the fact that it does not require a constant reboot to maintain the effectiveness of the system. It provides consistent high-level performance and is compatible with networks and servers.

The security of this open-source system is also very efficient and can be opted for the development of a penetration system in the concerned SME. The team of two members would be assigned the job of testing the efficacy of the Linux server. There is a various methodology used in the installation of penetration system including OWASP, OSSTMM, and PTES. A team of three of the groups would be made and assigned the job of testing the efficiency of these methodologies.

b. SOP
A penetration system is a cyber attack on the system to know the vulnerabilities that the attackers can exploit. The organization uses it in the business context to protect the data of the clients of the SMEs as it contains confidential information.

The purpose of the Standard Operation Procedure is to develop the capability of the penetration system in the SME. The SOP includes various phases, including gathering intelligence, identifying the vulnerability, exploiting the system, and analyzing the system after system exploitation.

Phase 1: Gathering of intelligence
Process: In this phase, the group would define the goal of the test Activity:

In this activity, information of the organization would be gathered using input in the system.

Phase III: Exploitation of the system
Using identified discrepancies and vulnerability in the system and the mapped vectors of attacks, the vulnerability in the system would be exploited in the system. In this phase, rigorous manual testing would be done, which would be a time-consuming process. It also includes the injection of SQL. The exploitation of the attacks also includes the exploitation of Wi-Fi attacks (Sinha, 2018). The tester would also employ cross-site scripting to understand the vulnerabilities. In this process, they would steal the data of the organization and intercepting traffic. It is used to understand the extent of the damage a cyber attack can cause to CyberQ. 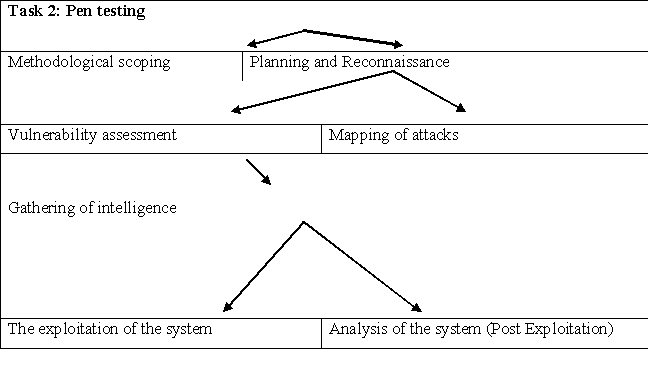 Conclusion
In the analysis of the installation of the pen testing in CyberQ, ethical consideration in the penetration system is considered. It can be concluded the testers in pen testing considers the ethical requirement of the projects. The study also considers the development of legalities in pen testing in the organization. In pen testing, it can be concluded that all UK government rules are taken into consideration. The legal consideration involves consideration of the UK Computer Misuse Act 1990, including others. In the comparison criteria, several penetration testing methodologies are analyzed, including OWASP, among others. The analysis of methodologies concludes that it helps in identifying the vulnerabilities in the system.

Group management is an important criterion for the successful completion of the project. In the group management section, several team members are assigned tasks, and it can be concluded that it assists in installing a pen-testing system in CyberQ. SOP is constructed to show the path of the plan completion and the development of the tasks. The decision tree reflects the visual representation of the manner in which the task is to be completed. Overall, it is concluded that the installation of a pen-testing system in the organization helps in defending vulnerabilities. ? 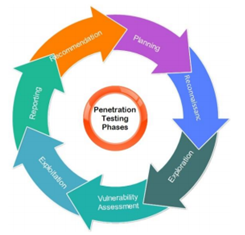 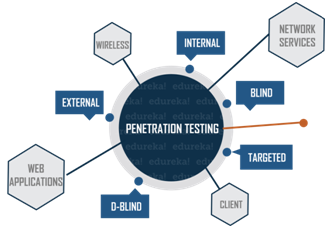 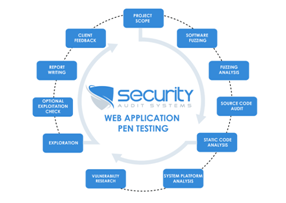 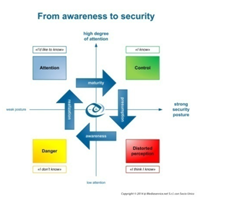