Assessment Resource
1. Give two examples of functions that are typically provided by the access layer in a hierarchical network desig

2. Give two examples of functions that would typically be provided by a core layer in a hierarchical network design

4. What is the function of a GBIC/SFP in an optical fibre network

5. What is meant by a ‘cell’ in mobile cellular networks?

6. List two components of a base station in a mobile cellular network

7. List two factors that influence the range that can be achieved by an RFID system

9. Give an example of an operational business process that a university would need to implement

10. Give an example of a notation that can be used to model a business process.

11. What is the name of the feature in Windows 10 that usually allows me to successfully run programs that were written for an earlier version of Windows (e.g Windows XP)?

12. How do I determine of a hardware or software element is compatible with Windows Server 2012?

14. Give two examples of well known ports in the TCP/IP protocol suite

15. Go to this link or (https://www.whistleout.com.au/MobilePhones/Guides/Will-my-phone-workin-Australia-carrier-network-frequencies#section-networks) and review the frequencies over which different networks operate. Answer the following question: I have a phone that can operate at 2100MHz only. Can I access the Vodafone 4G network? Why/why not?

17. Classify the following as either (I) a desktop operating system or (ii) a desktop application

20. What is one advantage of asymmetric keys (e.g. public/private key pairs) over symmetric keys (i.e. shared secrets) in encryption applications? What is the name of the security-related standard that specifies the format of public key certificates used in protocols such as HTTPS?

1. Shared bandwidth : This Network Architecture Assignment outlines several users that are involved in sharing a common bandwidth. It is commonly referred as shared plan in which each user is involved in getting access to bandwidth. Devices and users get a share of overall bandwidth allocated to them. The speed of download/upload will be high for less number of users whereas speed will be high for low number of users.

2. MAC layer filtering: It works by creating an authentication procedure by SSID login and password by which users are login to the users account. By doing this access are getting accesses into IP addresses in which shared resources are allocated.

3. Micro-segmentation : The collision domain is just segmented into various segments. It is done in-order to make sure the security and efficiency works in better way.

Core layer:
Aggregation: Combining multiple networks parallel. The aim is to provide increased throughput when the bandwidth are not fully utilized. The concept of redundancy makes sure that it provides enhanced service availability from combined service.

This can be done by adopting concept of redundancy. Multiple network connections are essential for making sure that a common connection provides users enhanced service availability.

Small-form factor is more compact, it is a hot-pluggable device that is used in both telecommunication and data-communication.

A.5 Cell in Mobile cellular networks
The cellular network belongs to communication networks where the last link is termed as wireless. There is distribution of network in land areas are named as cells. Each of the cells are served by one location-fixed transceiver. Base stations provide the service for network coverage which is utilized for Vo-IP, data and others (Pentikousis et al. 2016).

A cell is referred to as component of cellular network which has a frequency assigned for its purpose. When joined/assembled together then there is a wide coverage over a wide geographic area.

A. 6 Two components of base station in cellular networksBase station coverage:This is referred to the area of coverage that base station is undertaking. It depends upon several factors out of which one is the line-of-sight and others rely upon ionosphere reflection of radio-waves.

A. 7 Two factors affecting the range by RFID system
Antenna gain:Antenna with a higher gain increases the amount of power that is received from receiver.
Proximity scan is essential tool for scanning the tags of reader.
Higher gain indicates higher range of coverage.

Antenna polarization: The types of electromagnetic field that antenna is generating is also required to be determined.

High frequency: When quality of water content is present then moderate RFID frequency of the system is chosen to operate under this condition. Similar to Low-frequency range there is higher penetration of metallic substances (Shang et al. 2016).

Q. 9 Operational business processes that a university will need to implement.
1. Administration: The first step includes provision for on boarding of employees and provide them essential tools for identity, equipments etc.

3. Library: The library should contain the books according to their curriculum.

4. Infrastructure: The infrastructure involves creation of seminar halls, exam halls and classes. There should be focus upon library, playgrounds and other requirements.

5. Classes and departments: There should be division of departments and each department should have one head. 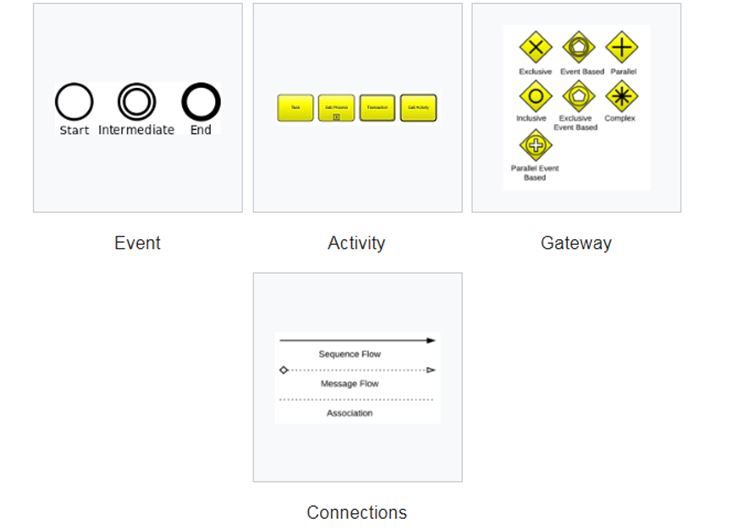 The notations shown here in the example shows how events, activity, gateways and connections are oriented. Start and ending event is shown by a circular box whereas rectangular box represents the activities. Connections are shown by dark and dotted lines and associations are established using dotted line (undirected).

Compatibility mode allows users to change the operating environment to suitable operating system. It allows the system to operate under red color mode. Screen resolution can also be changed along with DPI settings (Oh, Ozkaya & LaRose, 2014).

A. 13 Two different examples of RFC for TCP/IP related protocols
1. RFC 792: Commonly referred as ICMP protocol, it used in those cases when datagram are unable to each destination but can be buffered into some gateways. The gateway has the control to direct the traffic to shorter route. The Network Architecture Assignment outlines Motto for development of this protocol is to provide feedback for the problems within communication environments (Quinn, Elzur & Pignataro, 2018).

2. RFC 6405: It is commonly termed as Voice-over IP in which the use cases are there for session initiation protocol. The use cases are categorized into static and on-demand which can further be divided into direct and indirect use cases. This protocol ensures reliable real-time data transmission. The data need not be very accurate but there are time-bound-criteria which have to be satisfied.

A. 14 Two examples of TCP/IP protocol suits in ports
Telnet: It operates in port no. 23. Telnet is processed in client-server machine to facilitate remote login procedure.

SMTP: Port no. 25. SMTP also causes the port no. 25 to operate. It facilitates usage of various protocols like POP, ICMP for email retrieval.

The data in rest do not require actively engaging energy

A. 18 Configuring default gateways on IP-connected hosts
Gateway acts like an access point that helps connecting another network. Each network represents a gateway which communicates to external environment. Router forwards packets from one node to another node. Default term refers to usage of this server in case another gateway is not authorized to control subnet (Gon & Chown, 2016).

Network administrators operate the network by assigning the gateway as the representative of subnet. The IP address range starting point is address of default gateway itself.

A. 20 Advantage of symmetric keys over asymmetric keys
Symmetric keys on this Network Architecture Assignment are less complex than asymmetric ones because there is concept of shared keys which is more secure since it requires transmission of both keys to some extent.

Symmetric key is faster. It also uses password and authentication to prove identity of user.

There is shared secret key whereas asymmetric key cryptography is likely to be decided during interception (Baccelli et al. 2014).

A. 21 Network topologies refer to the various connecting styles of nodes of a subnet. It comprises of interconnected nodes based on some pattern.
1. Star: It consists of one single master node connecting all other nodes. The main node failure leads to breakdown of whole subnet

4. Bus: The Bus topology refers to a single common backbone bus connected to every other node