Task: For this assignment you will identify security vulnerabilities/ weaknesses in an application(s) or service(s) by evaluating the applications or service or operating system with various penetration testing tools/ techniques on Virtual Box.

Your task is to complete the testing with demonstration in class and write a report on the following:

Introduction
The selected tool is Metasploit which is an integrated platform for handling and performing the different security tests for the applications on web. There are tools which work for the complete support of the testing and the processing from the initial mapping as well as the analysis of the application. This is setup through the proper finding of the attack surface as well as the exploitation of the different security vulnerabilities.

In this project, no actual site has been hacked or testing has not been done in anyway which can cause any harm to the users of an actual site. All the testing has been done so that the analysis of the tools can be done and the result can be used for the analysis purpose. The command line interface and some commands has been explored. Screenshots has been attached in the report.

Burp has been able to give a complete control by letting the advancement of the manual techniques which are set under the state-of-art combination to work faster with more effectiveness. The suite is easily used with the allowing of the new users to work in a proper manner. These are highly configured with a proper numbered features which are important for the assistance of the experienced testers. The burp suits has been created by a Port Swigger which is a complete JAVA based software tool platform for the performance of the proper testing of security of different web applications. This is based on the combination of the automated and the other manual settings which are based on holding the following tools.

The Metasploit gives us the ability to save work and help in the extension which will easily allow all the plugins to be written easily for performing different complex tasks which are highly customised in the system of Burp. It has the ability to handle the work where you can resume it anytime you want.

Techniques used by the tool
The major focus in this metasploit cyber security has been on the mapping of the different applications of the web which automate the tasks of the catalogues along with handling the content and the functionality. This work lets us to work through the browser by properly inspecting all the traffic which is being passed through the proxy as well as the catalogue. There have been active crawl of the applications which are based on following the links automatically with the submission of the forms and the response for the content. They are able to take hold of the spiderling actions with the detailed configuration of the spider engineer. After the process of the entire application, the Burp site is able to review the entire content for discovering the active spiderling functions.

The selected profile has been the Response Profile which is able to follow the security systems with the different promotional effects. As per the review, there have been relations to determine the attempts of the disruption and service denial. The focus has been to research and handle a response which is able to handle the different security constituency. CERT Approach has been to look forward to control all the enforcement of law as well as strengthening the knowledge systems to handle the unique preparatory setup.

Response Profile stacks up to hold the storm which is responsible to identify and manage the risks with the improvement of defences against all the events. This includes the operations of the team with the results they delivery. It is able to handle the advanced threat protection for all the enterprise and service providing network to assess and launch the peers which evolve beyond the existing detection.

CERT Australia is able to incorporate the current range of the cyber security to provide the Australians to process and access the information on vulnerability in the systems. A proper approach to promote towards a greater shared understanding helps in setting the nature and the scale of the cyber security issue. This is also able to provide the Australian point to expand the global community with the effective support and cooperation.

Cyber Law and cyber security has been able to help in defining the specific ranges to properly certify to provide proper communication and services. This law has helped in cyber forensic investigation to deal with the clients, along with having an experience of the internet and technology law. There have been certain converse Security Council who works to perform a certified plan with a security intelligence system. This is based on the Symantec security which realise how the consumers need to adapt to all the evolutionary changes.

The response profile used in this metasploit cyber security helps in analysing a proper search for all the domains and the national fringes. The Australian Government has been successfully able to build u a Commonwealth Organised Crime Strategic Framework. This is able to reach to a more accomplishing doing, with the guarantee of the law requirements, knowledge, and strategy. It is important for teaming up with success with the State and Territory partners. 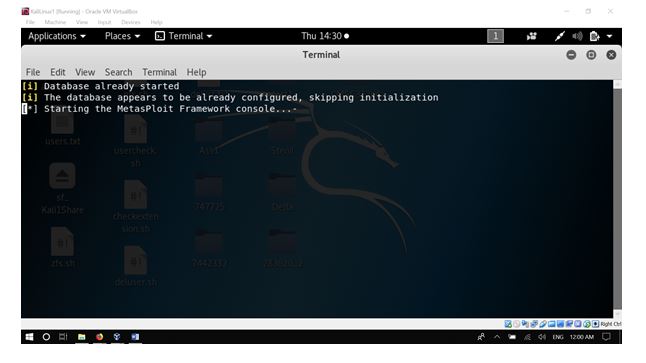 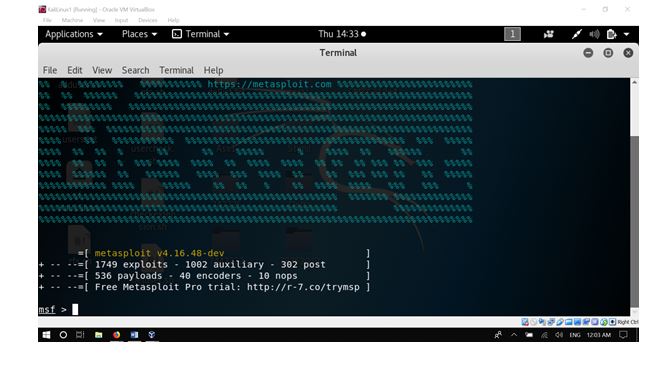 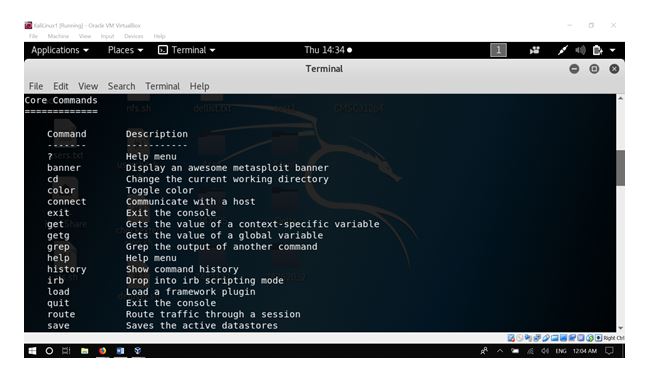 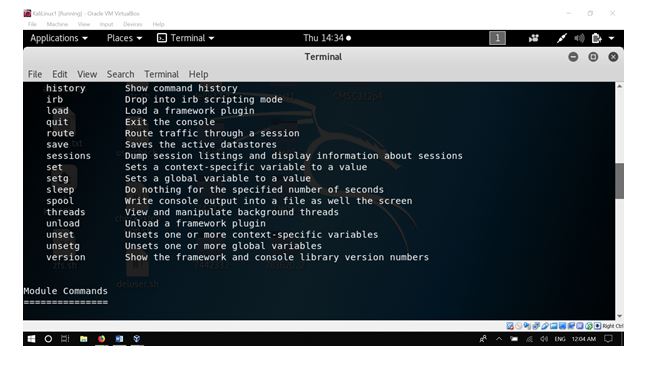 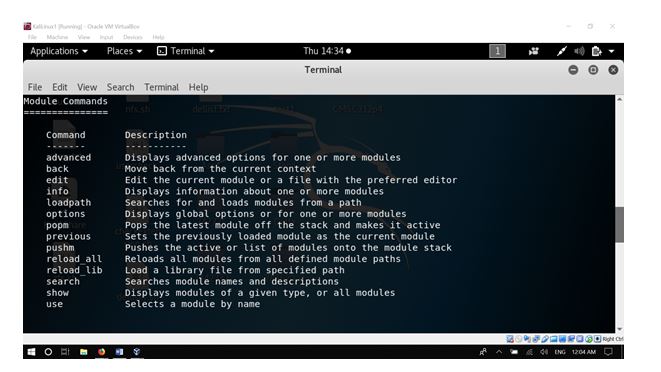 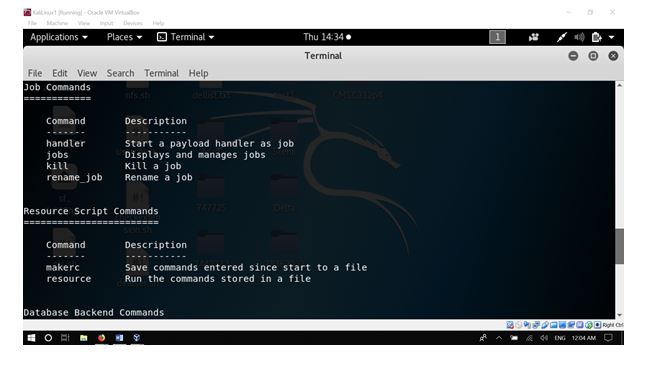 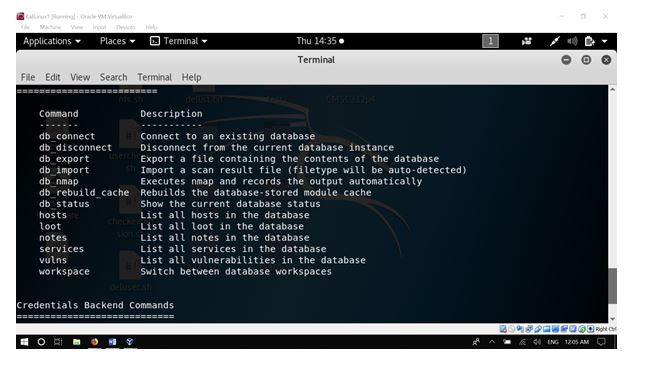 Conclusions
Metasploit has been able to handle the tools integration with the focus on the performance of the different security tests on the different web applications. These are mainly to perform the web attacking applications. It contains all the interfaces and the tools which are mainly for the speed up and the process facilitation of the different applications. The tools mentioned in this metasploit security testing tool are mainly set for handling the framework of the extensibility, alerts, login and the other upstream proxies which are important for the setup of the authentication, HTTP request and the persistency. This is also able to combine the automation of the techniques to attack, scan and properly analyse the applications on the web. The tools mentioned in this metasploit security testing tool for the working of Burp are set to allow the identified findings along with holding the foundation of the different tools and the system process. These are mainly for the identification of the vulnerability process to map and set the exploitation phase. Metasploit cyber security assignments are being prepared by our IT assignment help experts from top universities which let us to provide you a reliable assignment help online service.

Garn, B., Kapsalis, I., Simos, D. E., & Winkler, S. (2014, July). On the applicability of combinatorial testing to web application security testing: a case study. In Proceedings of the 2014 Workshop on Joining AcadeMiA and Industry Contributions to Test Automation and Model-Based Testing (pp. 16-21). ACM.