Introduction: This assignment is about investigating a topic relating to networks or security. There is a range of topics to choose from in different areas that relate to the content of this unit and its extended field of interest.

Assignment Specification:This assignment needs to be completed as an individual, and will extend beyond just the writing of an assignment, to also undertaking peer marking to facilitate learning about multiple topics.

Once we have read the available topics, our next step is to login to the peer assessment tool which will be available at the start of week 2 and select the topic. There will be limited numbers in each topic to ensure a spread of topics across the class. But, once you have selected a topic, and have selected it on, it is time to get busy working on the assignment. It is vital to official select the topic before you write it.

This is a research assignment, and as such you are expected to read a range of content on your topic, and distil it down to your thoughts on the topic. This means putting content into your own words and citing where content has come from. A range of different sources are expected, including academic sources. Most academic sources will likely be peer-reviewed articles that have been published in Journals or Conferences, although other sources are permitted (such as books, and government / standards bodies documents). All source material must be cited and then be listed in a references section at the end of the assignment. Correctly citing and referencing the content you have used makes up a significant part of your final mark.

You are required to use the Harvard referencing style which a short description of can be found by following the link below.
https://utas.libguides.com/referencing/Harvard

Topic: 1. Blockchain is currently one of the most loaded buzzwords within the IT industry due to the wealth creation of cryptocurrencies. Discuss the technology and the role it can have in other areas beyond currency.

Cryptocurrency and Blockchain technology in IT industry
In the year of 1983, anonymous cryptographic electronic money was established with the name ‘ecash’ by David Chaum. However, later the American cryptographer implied the process through Digicash which conducted electronic payments. The electronic payment required to use software through which the notes from the bank can be withdrawn. Henceforth, it designated a specific type of encrypted keys to withdraw the money and send the receipt to the respective recipient. However, there are two types of cryptocurrencies which includes centralized and decentralized cryptocurrencies (Akira, 2018). It has been observed that Blockchain is the core mechanism of cryptocurrencies which helps in conducting strong economic growth of the global market. In the year of 2009, Satoshi Nakamoto designed Bitcoin to resolve the issues related to financial collapse in the global market as it will affect the economic growth in the long run. The concept of cryptocurrency is to develop a peer to peer electronic cash system to prevent the risk of double spending of the money (Delmolino et al. 2016).

Other than above mentioned points, cryptocurrency and blockchain technology helps in controlling the market to prevent black money circulation in the economy. Therefore, it can be stated that it conducts positive impact in the IT industry through optimum utilization of the resources and acquiring skillful employees in the organization to gain strong economic growth (Herbert and Litchfield, 2015).

Technology used in Blockchain
Blockchain is fundamentally a digital ledger that is operated publicly. In addition to that, it is decentralised and is widely used in recording digital transaction across computers. The rudimentary concept applied in Blockchain technology is that the recordings of the transactions cannot be altered without altering the consensus of the network as well as the subsequent blocks (Watanabe et al. 2015). Blockchain is widely used in the IT industries by cryptocurrency because of the basic concept as mentioned previously. Blockchain is known to be the brainchild of a group of people commonly known under the pseudonym Satoshi Nakamoto. One of the biggest advantages of Blockchain technology is that it does not copy digital information but aims at distributing it. Though Blockchain had initially been devised for use in the cryptocurrency industry, currently Blockchain is being aimed at being implemented for other potential uses.

In simpler words, Blockchain is the digital ledger for all economic or financial transactions which is programmed to record the transactions. However, the Blockchain technology is regarded to be incorruptible as well as considered to be able to record virtually everything which has value in terms of finance (Watanabe et al. 2015). Simply put, Blockchain technology is basically a spreadsheet duplicated hundreds or thousands of time across a network of computers. However, this network is designed such that it regularly updates the spreadsheet. The information that exists on Blockchain is a shared as well as a constantly reconciled database. Blockchain is deemed incorruptible since no centralised database exists for a hacker to corrupt. The data being decentralised, is available to anyone on the internet.

Since its genesis in 2008, Blockchain has been operating without any significant disruption and is hence considered to have no point of failure. Additionally it cannot be controlled by a single entity as it is accessible to all with internet connectivity. Corruption of the database would require a large proportion of computing power so as to override the entire system of networks. Blockchain comprises a network of ‘nodes’. Nodes are primarily computers which are connected to the network of Blockchain which implements the use of a client performing activities such as validation and relay of transactions (Schaupp and Festa, 2018). The course of action can be outlined as a node receiving a copy of the blockchain that gets downloaded upon joining the network. 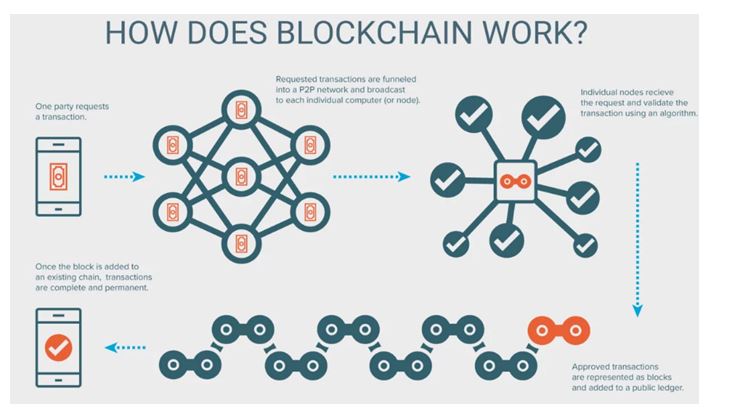 Figure 2: Activities in the use of Blockchain showing ‘nodes’
(Source: Eyal, 2017)

Every ‘node’ can be regarded as an administrator in the Blockchain technology. The concept of decentralisation deals with the individual functioning of a unit despite being connected to a series or a network of computers. For instance, in a centralised system, the technology is controlled by a single entity or authority. However, Blockchain which is implemented in cryptocurrencies, such as Bitcoin, applies the principle of decentralisation, which signifies that the network is operable on the user-to-user basis, which is often termed as a peer-to-peer basis as well (Eyal, 2017).

Blocks which are the building blocks of Blockchain function by storing or recording valid batches of transactions. These transactions are encoded and hashed into a hash tree, commonly known as a Merkle Tree. A Merkle Tree is the field of cryptography, can be referred to as a tree in which the data hash block is labelled into every node of leaf. In addition to that, the non-leaf nodes consist of the label’s cryptographic hash of the child nodes. Hash trees are implemented in order to ensure secure and efficient verification of large data structure contents (Cooper et al. 2017). Hence, the Information Technology Assignment outlines the importance of the application of Hash Trees is done in block technology or Blockchain.

Furthermore, it is to be taken into account that the cryptocurrency industry, implements the block formation in a blockchain as an essential area for the transaction to occur. The average time required by a Blockchain to generate a block is known as Block Time. Various applications that use the Blockchain technology have different Block Time. For instance, Bitcoin has a Block Time of 10 minutes, while Ethereum has an average block time of 14-15 seconds.

Role of Blockchain besides implementation in the cryptocurrency industry
Apart from the use in the cryptocurrency industry, Blockchain is known to have various applications in other sectors as well. Though Blockchain was initially developed and invented for the application in cryptocurrency, other applications are being consistently generated for Blockchain. For instance, Smart Contacts are being developed based on Blockchains. It has been found that the Smart contacts so-developed would reduce the risk of moral hazards as well as optimising the use of the contacts in general. Furthermore, a report from an IBM study in September 2016 claimed that banks are considerably increasing the use of ‘distributed ledgers’ in the financial sector (Narayanan et al. 2016).

Schaupp, L.C. and Festa, M., 2018, May. Cryptocurrency adoption and the road to regulation. In Proceedings of the 19th Annual International Conference on Digital Government Research: Governance in the Data Age (p. 78). ACM.