As cited in the report, it's important to note that leadership development is business leaders' highest priority. 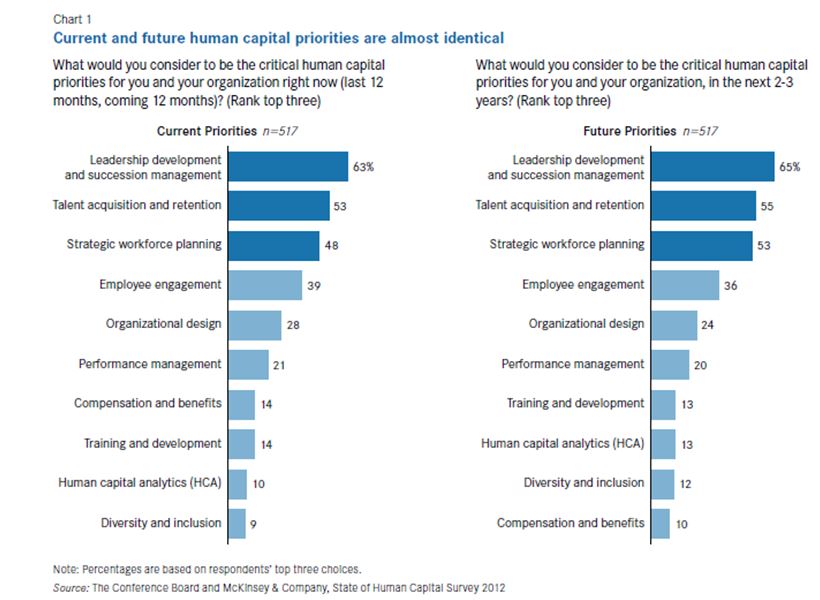 Please read the introduction to the 2017 Q3 edition of the McKinsey Quarterly. Then read the article “What’s Missing in Leadership Development?” starting on page 20. Look particularly at Exhibit 2 and try to identify ways in which the human resources function would affect the requirements suggested.

For a global organisation, can you identify any issues that might need to be taken into account as one goes from say Australia to China and to Europe? What steps would you need to build into a Human Resource Plan.

Question 3 - Develop a training schedule
Activity:In the section of this week’s work on staffing, you looked at a number of brief CVs of candidates to fill the Indian country manager role for Delta Beverages. Assume that the country manager in China was offered a different role and consequent to that move, Haziq Tengku (currently country manager for Malaysia) has been selected to take over as Country Manager in China.

You are the HR manager in Boston or Shanghai

Your task is to develop a training schedule for him, and if you think appropriate, his wife and/or family, while he is in your region. Take into particular account the material on expatriate training considerations from page 256 in Vance and Paik (2015). Use the following information about Haziq when developing the training schedule:

Develop a series of one line entries into a daily program

Question 4 - Out of sight, out of mind
Background: Marie slammed the door as she entered the apartment she shared with her husband Don in Hanoi. "I've just about had it with those idiots in Melbourne," she shouted. Don quickly put on the kettle to make her a mug of her favourite tea. “What is it this time?” he said quietly.

"The whole structure of my old division at home has changed", Marie snapped. "Roles have been re-classified up, salaries increased, and people who used to work for me are now a couple of levels above me in the organisation. And no one even thought to tell me about it - I had to find out via a chat with a friend in another division".

Don poured her a cup of tea. This was going to be a long night he thought. "Tell me more," he said.

"The changed structure comes with a changed approach to work, and fewer levels. There is a new manager, and even my current reporting line will change. Everyone is attending training programmes to get them up to speed. But I have been forgotten in the changes. I don't know what this means for me when we return to Melbourne at the end of the year." Marie struggled to contain her disappointment and anger.

Don sighed. "It's been a couple of years since we went home for leave," he said. "Maybe we should have gone home instead of to Europe for our holidays. Isn't the HR manager due to visit next week? Let's go out for dinner and work out how we can use the visit to try to deal with the problem," he said.

Question 5- Expat salary exercise
Overview: You are the HR manager for an organisation based in Melbourne, about to send its first expatriate overseas to Singapore. Based on an analysis of relative costs, you have decided to send the expatriate John, who will be accompanied by his wife Margaret, with remuneration provided using the balance sheet method, with tax protection. The couple have no children. They are purchasing a house in Australia with current repayments at $24,000 per year. The couple are keen to make the move, which will be for four years. They see it as a development posting setting John up for future senior management positions.

John and Margaret have asked for an explanation of what this means in dollar terms.
John is currently employed as a senior manager in your organisation at a salary of AU$150,000 per year. Superannuation is additional to this figure. Over the past two years John’s average bonus has been $45,000 – you will use the same system for John in Singapore.

In Australia, John also receives a taxable car allowance of $25,000 per year. This provides him with the opportunity to purchase a car for personal use, but it must also be used when a car is required for business purposes. If he chooses to not purchase a car, then the company does not reimburse local travel expenses. Having heard about traffic issues in Singapore, John and Margaret will use taxis and public transport rather than buy a car.

Margaret works as a hospital administrator on a salary of $145,000 per year.

Answer 1- Culture Conflict South Of the Border
We are providing some sample solutions of human resource planning case study, to help you in building up a concept plan in drafting the solution yourselves. Using the format given below will help you in drafting the human resource planning case study in a descent way .Kovaleski (2003) acknowledge that whereas being internationally mobile and willingness to accept international case study's is one of the most coveted occurrences of an employee’s career life, a significant issue that the employee must be prepared to deal with is culture shock because it is ‘completely normal’ and they have to experience it as part of the adaptation process. Jim, as illustrated in the case presented by Vance & Paik (2015) could have been in a better position if he considered the following remedies:

As an HR professional, it is openly clear that Jim should not have been put in this position. To avoid such a situation, it is recommendable that the company’s HR department should adopt several changes to ensure that employees do not find themselves in such experiences again. For instance, according to Friedman (2007), the organization should consider involving their employees in exercises that gauge their cultural perceptions and conduct intercultural training before assigning them to foreign cultures because as Marx (2001) argues, team issues (e.g. what was experienced by Jim while trying to interact with new staff and managers) are highly likely to arise if team members are not familiar with the cultures represented on the team membership.

Apparently, the suggestions made by McKinsey (2017) are can be incorporated into an HR plan for purposes of effective results. For instance, in the case where one goes from China to Australia and To Europe, establishing an enabling environment for the transfer and practice of learned skills would mean establishing effective digital systems and platforms such as organizational social media platforms that enable transfer of knowledge during the organization’s daily workflow. According to Sablock et al (2017), establishing such systems as part of human resource plans enable leaders to share their experiences and problem solving skills with any other employee no matter which part of the world they might be positioned in- enabling the sharing of knowledge by between leaders located in Australia and those in China; in this case.

Human resource planning also involves the establishment of effective performance management systems and structures that enable the reinforcement of new leadership models within the organization regardless of the international boundaries (Fisaha, 2017). For instance, in order to promote the adoption of new leadership models in China, an organization can make an Australian-based manager to be the project sponsor or mentor for a project undertaking in Australia. According to Sablock et al (2017), this can make it easier for the managers in China to acquire new leadership models for purposes of effective performance.

Answer 3- Develop a Training Schedule
Employee Training Schedule Developed By Boston HR Manager: This section of the paper considers developing an expatriate a pre-departure training schedule for Haziq, a newly promoted country manager for Delta Beverages in China. However, it is not considered appropriate to deliver similar training for Haziq’s family as this may lead to additional costs and logistical arrangements. The training will be conducted prior to Haziq’ travel to China and is meant to enable him to have a smoother transition by having an overview of Chinese culture. According to GMAC Global Relocation Services (2006), this training is important to Haziq as a manager because it equip him cultural knowledge about China and how to adapt to these cultures in a more business-friendly manner. More importantly, the training will be delivered in three major modules namely; cross-cultural training, language training and simulation training.

Cross-Cultural Training: This training will be aimed at equipping Haziq with the knowledge of the existing cultural differences between China and the Boston Area of US. However, as recommended by Bennett et al (2000), this training will also include some elements of professional development and performance in terms of how Haziq should interact professionally with his new staffs.

Language Training: Whereas Haziq has already enrolled for Mandarin via a PKU MOOC, it is important for the company to give a formal training and brief to Haziq regarding the Mandarin languages. This is because according to Foster (2000), his ability to speak the Mandarin language is fundamental to adopting and being appreciative of the local culture.

Simulation Training: This training will be aimed at giving Haziq an opportunity to learn various ways of dealing with any possible clash in cultural values that may affect his business relationship with stakeholders at Shangai China. According to Jameson (2007), this training is also useful in equipping the expatriate with knowledge on the cultural values and how to responds emotionally to these cultural values. The following is an illustration of the training schedule:

Answer 4- Out of Sight, Out of Mind
Marie could be experiencing these problems because of an introduced radical structural change in her organization that she has not been involved in. whereas organizational change is influential to the success of the company; employees may have varied kinds of reactions to such change – hence resistance being the norm (Fugate, 2008). Thus, it appears that Marie is disgruntled about the structural changes that are currently occurring at her organization and is likely to resist these changes.

However, according to Herold et al (2007), engaging Marie in a mentorship program would assist in enabling her to embrace the change and understand the importance of such change to the organization. It enables employees to adapt to embrace new roles more confidently and quickly. In doing so, according to Labianca et al (2000), the mentor’s role is to identify developmental needs and goals of the mentorship program besides establishing a plan of how to accomplish these goals.

However, monitoring is not the only solution to the issues faced by Marie. For instance, the organization could have taken a step to involve all employees, Marie included, in the decision making the process that led up to the introduction of the changes. According to Fedor et al (2006), involving staffs in such decisions not only creates a positive attitude towards the change but also informs them early enough of the importance of such changes to the success of the organization.

Herold D., Fedor B., & Caldwell S. (2007) Beyond change management: A multilevel investigation of contextual and personal influences on employees’ commitment to change. Journal of Applied Psychology, 92, 942–951.

Mckinsey & Company (2012)The State of human Capital,The Conference Board 2012.