Introduction: The primary aim of this case study on HIH Insurance Limited is to bring to light the various theft and fraud which was committed by its directors. The study clearly illustrates the active implementation of the HIH insurance Limited’s various types of risk management techniques. This study carefully analyses the various details and miscalculations which led to major complications in the company. The different forms of tactics and unethical use of confidential information by the directors of the HIH insurance company have been identified in report, which led to legal liabilities and investigations. The last section of the study outlines the different forms of ethical concerns that have to be addressed before the vulnerability level rises. 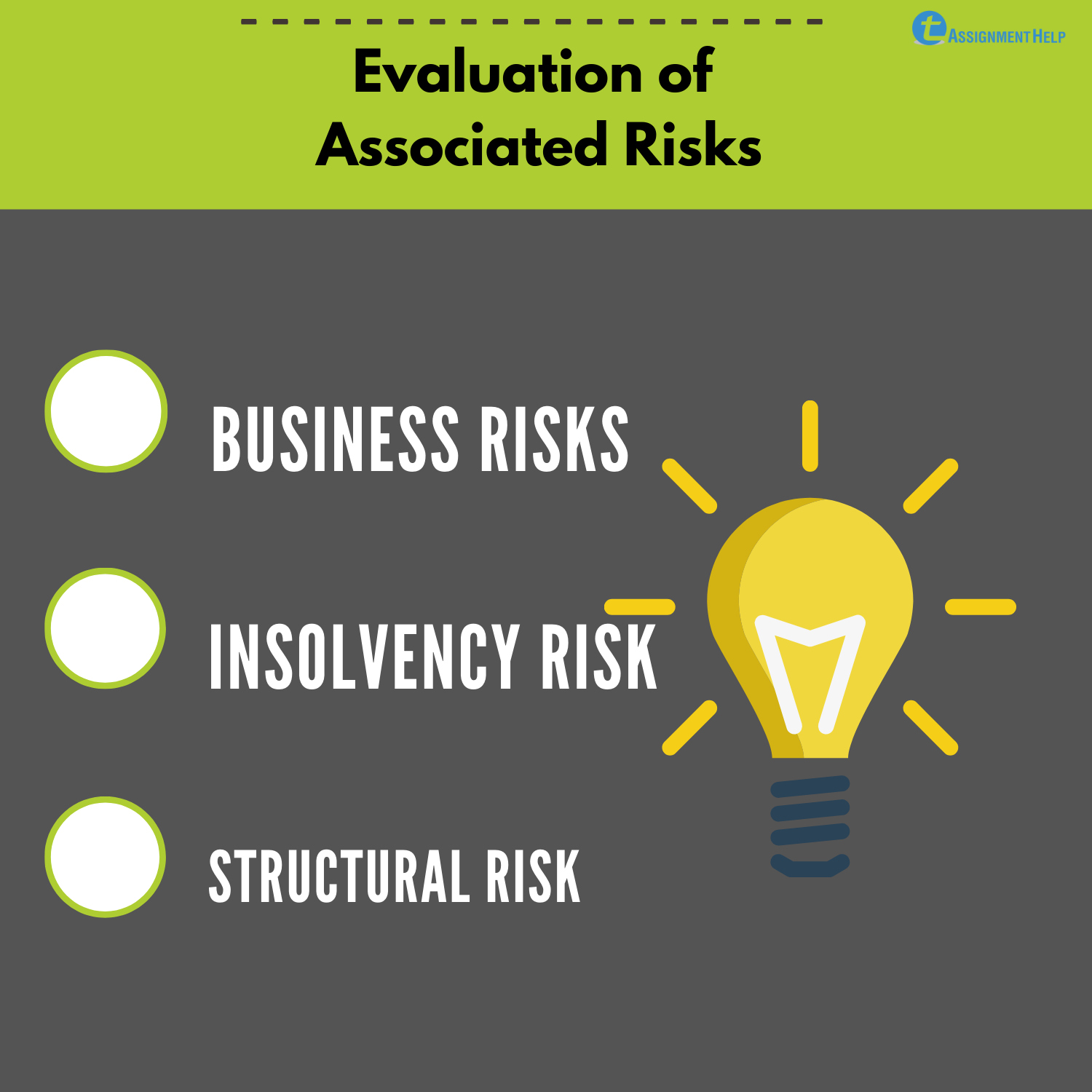 Evaluation of Business Risk: Insolvency is the predominant risk which is faced by HIH Insurance Limited. This is due to the overall structure of operations which the company utilizes. Insurance companies are generally believed to use low-risk management model. Where the yield is strong and there is a low risk of loss. The firms' total business analysis is presented as below:

Insolvency Risk: Auditing is the main contributor to risks affiliated with the firm. This was due to the auditor which was appointed by the organization. In fact, the key detail about the financial data, according to the firm's report, strongly implies a decrease in the firm's total debt. By analysing the balance sheet, it was found that there are many deceptions in it, that demonstrate a false decline in the debt ratio of the organization. Therefore, the financial report shows the problems related to accounting methods as well as the ability to attract new investors (Seguí-Mas, 2018)

Structural Risk: This case study on HIH Insurance Limited highlights that the company has exhibited improvements in the protection framework by including the risk areas associated with movie finance coverage, maritime aerospace and various kinds of natural calamities. In contrast, the insurance company's various types of questionable activities repeatedly show avoidance with respect to methodologies which are not covered by firm. The increased risk architecture has culminated in economic decline as is being witnessed in the scenario of investment in marine aviation resulting in $60 million of negative returns. It was also noted that perhaps the organisation did not comply with the APRA standards (Glover, 2016)

Reviewing of the element of risk that impacts the HIH coverage and the risk level assessment:
As per the case study on HIH insurance limited in question, the different forms of inherent risk metrics were mostly the cheating and misstatement recorded in the financial statement. It was also found that the various forms of risk factors influence the report's credibility, which the shareholders could be using to determine a company's solvency situation. The organisations are able to represent the debts in the annual report with the assistance of auditors, which could also depict liquidity. It must be mentioned that the insurer's inherent risk should've been in line with other firms, but the auditors didn't disclose the company's participation in any other financial services industry that might have raised the overall risk variables. (Simnett, 2016)

It must be recognized that monitoring and identification related risk factors have weakened the effect they used to have in heavy-risk areas of coverage. The monitoring risk has been helpful in determining the financial statement's inconsistency. The incorporation of risky investments, though, decreased the efficacy of the auditors ' inherent risk policies. Risk analysis was also seen to significantly reduce the execution of green share plans adopted by HIH to provide greater risk insurance plans. It was further observed in many instances that auditors employ immoral methods for their individual gain and have access to businesses by pumping up their balance sheets (William Jr, 2016). 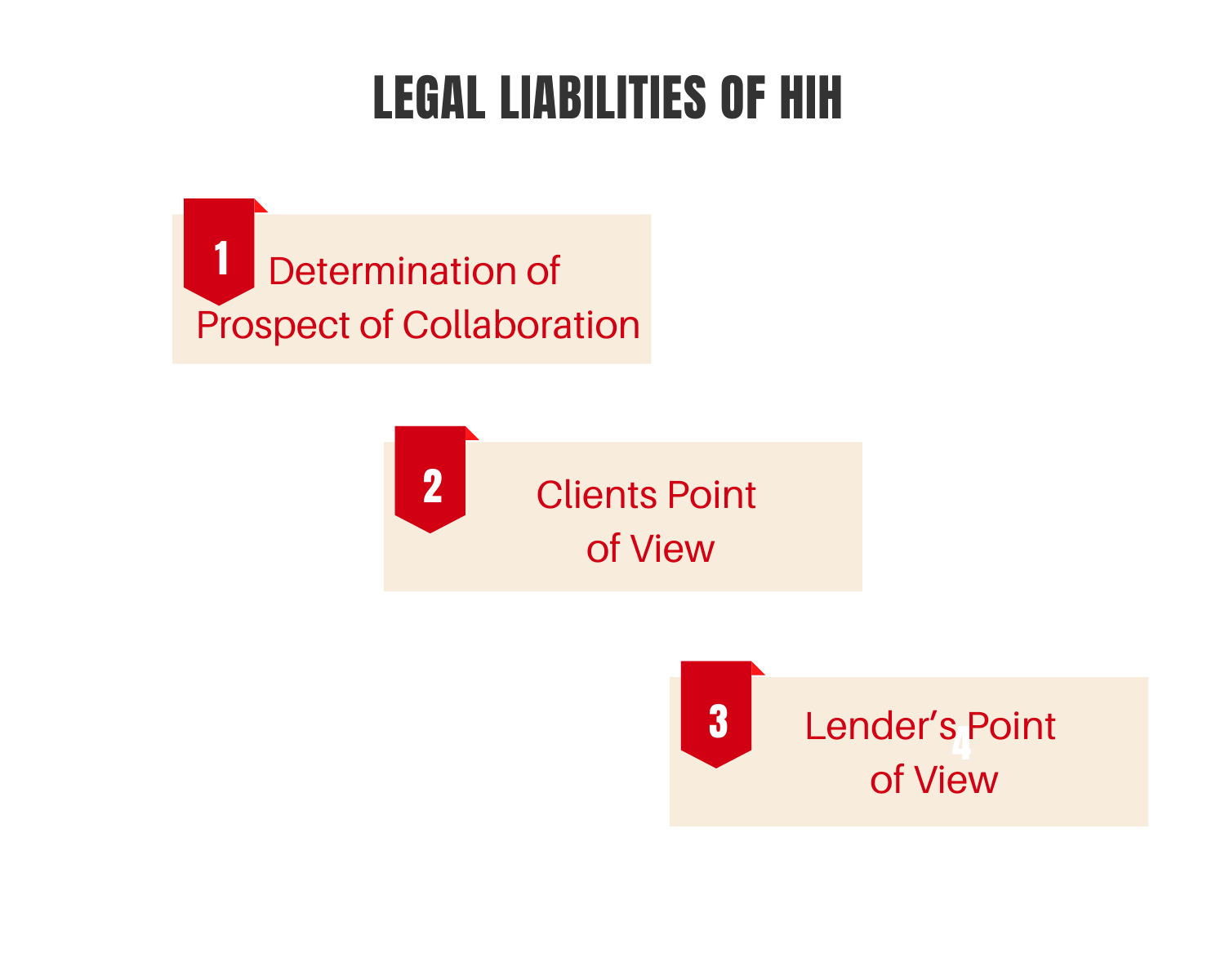 Identification of the court cases to be recommended by Andersen to determine the prospect of collaboration: In the case in question, the HIH controversy is applicable to various legal proceedings that could be applied to examine both clients' and lenders ' prospects of collaboration. According to the case at hand, the judge barred the administrators for a period of ten years on accounts of deception and made them pay a sum of $7million as damages incurred. Without an insolvency statement, it is a complicated process to uncover the firm's scam via its financial statement (Kassem, 2016).

The client's point of view: It was seen as involving the HIH insurance limited, particularly Mr. Brad Cooper, in questionable practices linked to defrauding the insurer's broker and ensuring heavy-risk resources. In fact, everything was confirmed when HIH defendants were found to have earned higher than $100,000 through explicit or implicit ways to make $737,000 in compensation. Consequently, such corrupt practices carried out by HIH were put before the tribunal which served to prove the wrongdoing. There were also numerous instances that perhaps the firm received illegal quantities of money as bribes to make unwarranted consumer insurance claims (Vinson, 2018)

The Lender’s point of view: It was found that Mr. Stephen Burroughs, an agent of FAI General Insurance Company Limited, was put under examination as he was incapable of demonstrating integrity in describing the corrupt methods adopted by the HIH Insurance Company. According to the case study Mr. Daniel Wilkie, Mr. T Cassidy, and Mr. T Maxwell were attributed to deception and improper disclosure of the firm's information (Koretz, 2016)

Evaluation of the causes that may arise to acknowledge the behaviour of incompetence
Decreased freedom from knowledge: The vague information dictated by HIH insurance Limited can be ruled as an operation of neglect against the organization towards its auditors and few other agencies. In contrast, the auditors seem unable to adhere with adjustments in the firm's inherent risk variables owing to the insufficient information, which in turn raised the perceived risk of liquidation. It was found in many situations that the corporation's apprehension of revoking the auditing license, organizations use moral principles in the declaration of financial reports (Naaraayanan, 2016)

Tainted HIH management procedure: The governance misconduct found in HIH insurance is largely responsible for the firm's ultimate decline. In fact, the numerous shifts in flesh coverage and the implementation of high-risk policies were not adequately addressed to the relevant leadership responsibility and the firm's high-risk ventures. (Vaitkevicius, 2019)

Assessment of the issues that led to the selection of former participants in the HIH group of external auditors
The external auditors were expected in many forms to accept the firm's rapidly changing viewpoint to validate their claim. In relation, the presence of independent auditors with the firm's former members was found beneficial in protecting their sensitive information. However, independent auditors were found to raise the advice on assets by a couple of different forms of questionable means culminating in the non-disclosure of the firm's critical financial situation. In this context, the appropriate learning needed by the external auditors is found to be beneficial in verifying the auditors ' overall report and reducing the firm's management relationships. A few other explanations for previous members to be appointed as auditors are defined as:

Analysis of the benefits, which might be offered by the company assessing the expertise of auditing and consultation:
The internal inspection system and consultancy were mainly used to help improve the firm's procedures. In fact, it was discovered that service teamwork could have allowed the organisation to identify issues and vulnerabilities. It reported enhancing the firm's overall efficiency of operations. The following are among the benefits of using an audit or consultancy structure:

The consulting company's auditing was found primarily useful in finding blunders throughout the firm's financial statement, which, in effect, could impede the financial report's credibility. It is also reported that the consulting conversation is valuable for companies to cut their taxes by coming up with solutions to raise current liabilities. (Babri, 2016) .

Reason for a company's breach of moral standards
For the intention of successful assessment of the "HIH insurance Limited", it must be acknowledged that the directors, executives of the organization and external auditors have made many forms of ethical breaches. In fact, Arthur Anderson was named as the prime perpetrator blamed for reaping the benefits of this situation. It was found that for auditing and consulting services, more than $1.7 m and $1.6 million were estimated to be charged. It has been claimed that the various kinds of ethical breach happened only when the organization was not able to maintain the internal control resulting in a higher concentration of liquidity Furthermore, it should be noted that the external auditors deteriorated their ranking, and did not abide by the auditing regulations of the AA. It was also reported that auditors didn't perform their tasks in compliance with the "Australian Accounting Standards Council" regulations. (Mellichamp, 2019)

The different sorts of situations that the HIH insurer submitted to review the outside audit and create modifications to the guidelines recommended by the possible filing indicated that its auditors and directors had carried out the degree of non-violations. To increase the overall capital gains, the above-mentioned moral infringements were recorded.

Suggestions made by Ramsay and CLERP 9 report
According to the CLERP 9 as well as the Ramsay report, the support was described specifically by recognizing the policies that caused the use of moral financial reporting and management. Several of the report's findings involve:

Conclusion
The final assessment in this case study on HIH Insurance Limited stipulates that the company is carrying out various types of immoral initiatives. The analysis also helps find liquidation and management structure combined with risk leveraging as the firm's serious issue. It was also observed that the inherent risk primarily limits the legitimacy of the firm's annual report. This once again highlights the legal obligations that could be applicable to Mr. Andersen for presenting the immoral practices found in the audit statement. HIH Insurance Case Study assignments are being prepared by our management assignment help experts from top universities which let us to provide you a reliable online assignment help service. 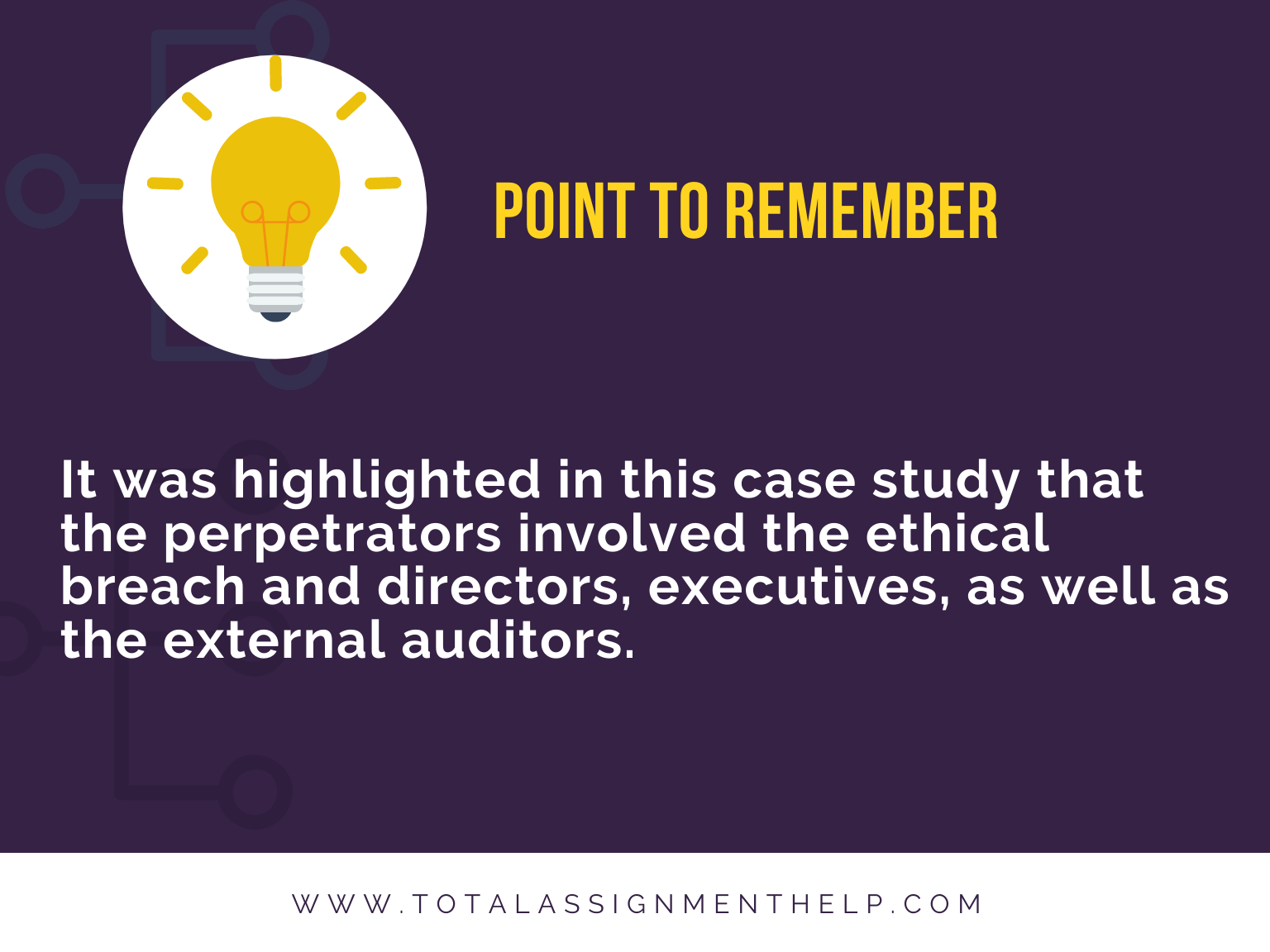 References
Babri, M. (2016). The Corporate Code of Ethics at Home, Far Away and in Between. Sociomaterial Translations of a Traveling Code (Doctoral dissertation, Umeå University).

Naaraayanan, S. L. (2016). Does accountability deter individuals from serving as independent directors? Evidence from a corporate governance reform in India.

Seguí-Mas, E. B.-A.-G. (2018). Assurance on Corporate Governance Reports in Spain: Towards an Enhanced Accountability or a New Form of Public Relations? Administrative Sciences, 8(3), 32.

Vinson, J. M. (2018). The Effects of Critical Audit Matter Removal and Duration on Jurors' Assessments of Auditor Negligence. Auditing: A Journal of Practice and Theory.