Task: Scenario
Uber Technologies Incorporation, the rapidly expanding ride-hailing application, which allows its users to book and pay for taxis by using their smartphone has come under serious attack in many parts of the world including the United States, much of Europe, Asia and Nigeria. In these destinations, Uber has faced sanctions, criticisms and protests, such as the once trending social media campaign #DeleteUber, in which users were encouraged to stop using the Uber app.
More recently, a ban on Uber has resulted in the stripping of its operating license in London (in 2017). The regulator, Transport for London, said “Uber’s approach and conduct demonstrate a lack of corporate responsibility in relation to a number of issues which have potential public safety and security implications”.
In its short-term existence, Uber has been accused of various bad CSR-related issues such as none reporting of serious criminal offences, improper background checks on drivers, hiring of unprofessional drivers, espionage, customer privacy issues and others. The company has also had to combat its internal stakeholders. With reference to Uber, prepare a globalisation assignment report concerning the impact of globalisation on local businesses.

1.0 Introduction
The main aim of the globalisation assignment is to evaluate the impact of globalization in local businesses for which the chosen company is Uberdriver. Globalization has been resulting in a higher level of cost advantages, which allows various countries, get around trade barriers. In addition to that, globalization is the integration and internationalization of the process of manufacture and capital market and flow of resources, cultures, products, and services, etc, which has been helping the local market to expand their business with greater profitability(Katerina, 2014).

Uber Technologies was established by DaraKhosrawshahi in May 2010, with the motive to provide ride service to their consumers. The firm has been rapidly expanding ride-handling application that permits their consumers to pay and book for taxis with the use of their smartphone. The firm has been expanded in various countries and in their business journey; they have faced many sanctions, criticism, and protests.

1.1 Effects of Globalization Using PESTLE
PESTLE analysis refers to the strategic framework, which is used to evaluate the external environment of a business by segregating the opportunities and risks in various aspects such as Political, Economic, Social, Technological, Environmental, and Legal factors. The analysis is said to be the most effective analyzing tool that is used by most global businesses to analyze their business environment. The main purpose of this analytical tool is to provide an in-depth understanding of the business so that the businesses can be aware of the threats and risks that are likely to be incurred by the business(Matovic, 2020).

1.1.1 Political
In Australia, 20% of the license fee needs to be paid for each fair for the use of platforms that can affect the financial stability of the firm. It is because when Uber driver operates in a wide manner and payment for each fair might increase the cost incurred by the firm. In addition to the license, fee the GST also needs to be paid by the company, which is calculated as 1/11thof the fare. This can also increase the expense of the firm and can also affect their pricing strategy for their service. It is because the GST is also added to the price of the fair that is payable by the consumers. Hence, the Uber rider needs to have an ABN business number for the registration of GST. However, the effect of globalisation in the national economies is that the operations of the business can differ from one country to another as Uber is expanded across various countries.The political factors identified can have an effect on the globalization of Uberas compared to that of Australia. As per my knowledge, it can be said that the political factors in Australia can affect the operations of Uber to a higher level because the firm might have to struggle to operate their business practices with the consideration of the laws and regulations set by the Australian government. It would also hamper the globalization of the firm as it is expanded into various countries, the differences in the laws and regulations of every country.

1.1.2Economic
The Australian economy has influenced the business of Uber drivers because it has been identified that the outbreak of the pandemic has led to a forecast that there will be a contraction of 4.2% for the year. It means that the profitability of the business can be influenced because the pandemic has served as a barrier to the operations of the organization. On the other hand, the rise in unemployment in recent years has led to positive as well as negative impacts to the business because the opportunity of most efficient workers has been increased in the firm whereas the firm had to lose existing hardworking employees(Erixon, 2018). It has been identified that the economic factors of Australia has shown a positive impact in the globalisation of Uber as it has grown at an alarming rate indicating that there is economic potential in this market.

1.1.3 Social
Since the firm has been operating with the help of advanced technological facilities provided to the service users, it can be said that the increased level of involvement of people in smartphones and applications has resulted in an increased level of profitability to the business. When the firm succeeds in increasing happier consumers, they can increase their ability to provide more effective facilities to their passengers. In addition to that, the operations adopted by Uber wherein the use of technology is involved, allow people to track their ride and their route picking time and drop-in time. In the globalization of Uber, the social factors have been helping the firm to grow in ach part of the world as consumers have been enjoying the ideas and concepts as well as the services provided by the firm.

1.1.4Technological
The technological factor in Australia has impacted the business in a positive manner because they can provide a higher level of customer convenience with the use of digitization of the e-hailing and payment procedure. It can be said that the company has been benefited from the advanced level of technology in Australia. Additionally, the country has launched a 5G network in ten cities and continues widespread expansion. This expansion has helped the firm to gain a higher level of competitive advantage with which they can compete with their rivalries as they are more advanced in the technical field (Frue, 2017). Technological factors like social media have been having a positive impact on the globalisation of the company because the firm has been able to provide an easier way to book a cab and reach their destination.

1.1.5 Environmental
The environment of Australia believes in promoting ‘Clean and Green' with a lower level of emission, hybrid petrol LFG electric technologies.Such environmental aspect leads the firm to be sustainable enough that will eventually increase as well as improve the operational practices of the firm. The country focuses on the significance of the traffic congestion and the consumption of the fuel because of which the company might avoid the risk to be faced by the traffic congestion. It would also help them to reach the pickup point at the expected time without any delay. Therefore, it can be said that the company can have a smooth run of business(Tedeschi, 2020). The environmental factors have been enabling the firm to be flexible in different countries in terms of globalization because it has been identified that the Uber’senvironment is ever shifting.

1.1.6 Legal
In the meantime, the major legal factor of Australia is that the passengers will not be provided if they do not wear a mask. It means that the consumer will feel that they are safe when they ride in Uber. In addition to that, the country provides fully comprehensive insurance for their vehicle with which the riders will have a safe place to work that will eventually increase their motivation to work more efficiently. The legal authorities of the country provide the drivers to abide by different lawful driving which impacts the overall business positively as they can get assurance regarding road safety and can provide more impressive services to their passengers. The legal factors affects the globalisation of Uberhas been somehow hampering the business as it has been identified that the firm has been facing much criticisms, bans and attempted bans in the locations all across the world. 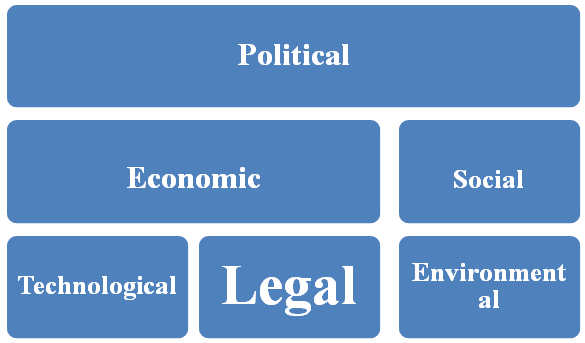 Across the world, there are various trading blocs set up for the primary reason to grow the economic integration between countries on a global scale. Various trading blocs such as ASEAN, EU, NAFTA, PA, and recently formed CPTPP were formed for the sole reason to increase the global economic networks. All these trading blocs could be formed on different circumstances and with a different approach and with different arrangements with associated countries. However, the function of trading blocs remains particularly the same worldwide as their roles look to permit the interchange of useful new technologies and ideas, natural resources, labour, and skilled labour between countries. The role of Trading blocs allows these interchange while reducing the transaction fees related to the various legal, financial differences among associated countries (Klemperer, 2020).

The roles of trading blocs across the globe can affect organizations such as Uber in many ways. An organization such as Uber classifies its worker as contractors but many blocs and regulators do not agree with the classification of workers. The organization faces issues on security issues and payment methods in various countries, thus raising potential security threats and regulatory concerns(Europa.eu, 2020).

1.3 Uber Harmonising its Global Practice
As Uber continues to move ahead in the transportation industry, the organization has to adopt new ideas and models to evolve. The only forward way for the organization to compete internationally is to adapt and comply with regulations and compete on a local scale(Tamberino, 2015). 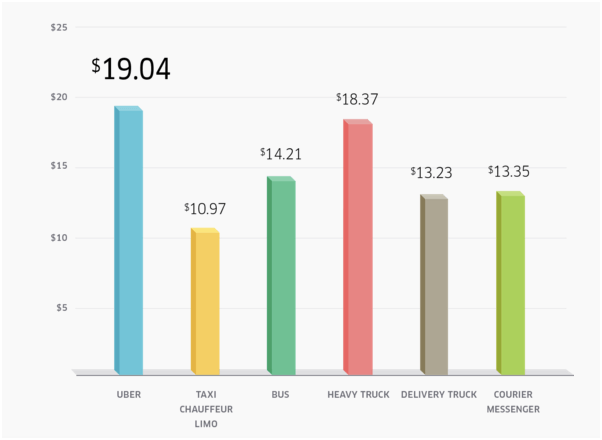 Since, the year 2017, Uber has made sure that all the laws and regulations of various international trading blocs and follow the guidelines mentioned in the declaration of the International Labour Organization. Uber works to maintain all the standards set by ISO and follows the rights mentioned in Human Rights Charter. The organization is set to compete in the global market by practicing all the necessary policies in all regards of health, labour rights, environment, and safety.

Uber is set to harmonize its global practices via strategies mentioned below:
• The organization is set to align the prices of rides offered following the Surge pricing algorithm model. The model allows the drivers to be in places where rides are at higher rates and the model allows the company to differentiate the customer base with more accuracy.

• The organization's research and development facilities continue to invest in connecting drivers and passengers with more ease, allowing the app to be used with more ease and more efficiently(Wallsten, 2015).

2.0 Conclusion
The overall task is based on the evaluation of how globalization can affect the business organization of Uber in Australia. For this evaluation, the task has referred to the framework of PESTLE analysis wherein it has been identified that the organization has been operating in a profitable manner in the country, however, then the firm can face a certain level of loss because of the adverse effect from the existing pandemic.

Furthermore, there has been a discussion of the role played by EU and international institutions wherein it has been identified that there are certain provisions that have to be considered by the business in order to expect a profitable business. The task has also discussed how Uber has been cooperating with the identified laws and provisions while globalizing its business in various countries. ?