Prepare a report on economics assignment addressing the following points:

Answer 1
The research on economics assignment signifies that Cow Farm is situated in almost every state of Australia, mostly in the southeast part of Australia. The Australian Cow farms have been operating with the total revenue of $3 billion with more than 40,000 Australian employees that feed a million consumers in a daily basis. However, the climate and natural resources of southeast Australia are mostly favorable for cow farms that permit the industry to be primarily based upon pastures. It has been identified that more than 60% of cattle feed requirements come from grazing during the average year in Southeastern Australia (Schroeder, 2021). At present, the number of registered cow farms in Australia is more than 5500 approximately which has led to an average size of dairy farm herd has augmented from 93 cows in 1985 to 261 cows until date (Dairyaustralia.com.au, 2021). 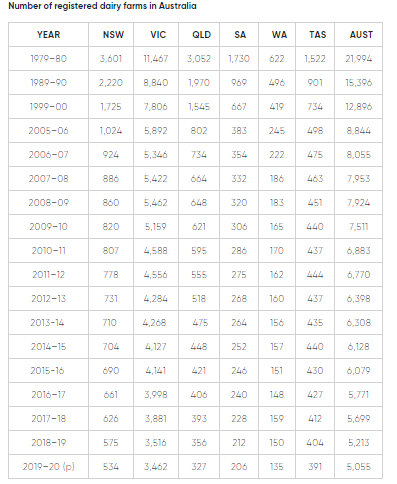 The top five Cow farms in Australia that are prone to natural disasters are as follows:

Top five locations in Australia in which cows were severely damaged
The prevalence of natural disasters is widespread in the Australian subcontinent, and it is one of the leading causes of cattle loss. It is considered one of the most significant losses in the country as very few countries lose cows and other cattle to natural calamities. Calamities like bushfire, storms and floods are widespread in certain parts of Australia that are also famous for cow and other dairy farming resources (sl.nsw.gov.au, 2018). Natural disasters have significantly caused the loss of cattle and livestock in cows in Australia for a long time.

Location 1
The first location can be considered as the great drought that occurred between 1895 and 1903 when Australia lost half of the cattle that predominantly included cows. This is regarded as one of the most significant droughts of Australia and is also known as the federation drought. The drought almost damaged 40% of the entire livestock and cattle population of Australia and significantly damaged human lives as well. As per Virtue (2015) the drought predominantly captured New South Wales and the adjoining areas along with the Victorian region.

Location 2
The Hunter Valley floods of 1955 significantly caused an enormous loss of cows and livestock that created a significant impact on the agricultural economy of Australia. The Hunter Valley is a region of New South Wales that witnessed a devastating flood caused by torrential rains. According to Virtue (2015) an amount of 250 mm of rain was recorded in Nevertire and Dundeoo that caused the Hunter River to swell and drive one of the most devastating floods of New South Wales. The floods caused human casualties of 20 people.

Location 3
The floods of Queensland in 2010 and 2011 is also considered one of the most devastating floods of recent times that considerably affected the population of livestock in Australia. The floods brought many catastrophic effects on the cattle population of Australia and resulted in the loss of more than 50,000 cattle that mostly comprised cows. As per Haffenden (2020), record rainfall in 107 locations in Queensland initiated one of the worst floods in the Australian state that caused a considerable loss of cattle livestock. A few human lives were also lost in the flooding.

Location 4
New South Wales and Victorian floods of 2012 are also considered vital contributors to the loss of cattle and livestock in Australia. Devastating rains caused heavy flooding and inundations in various parts of NSW and Victoria as 16 river systems covering the two provinces have flooded. According to Rourke (2012), many people have been evacuated due to threats of rising water levels in residential areas, and a significant number of cattle losses were also reported in the floods.

Location 5
The bushfires of 2019 in Australia accounted for the most significant loss of cattle, particularly cows, which amounted to almost 100000. Australia has recorded many bushfires in the past, but the bushfire of 2019 was accounted as one of the worst-hit natural disasters in the history of Australia. As per McDonald (2020), the Australian government had estimated the loss of over 100000 cattle consisting mainly of cows and sheep and the loss of over millions of wild animals and birds, with some even facing extinction threats. The provinces of NSW and Victoria are the worst affected regions in the bushfire of 2019.