Conflict Management Assignment: Impact of Conflicts Within the Workplace

2. Highlight the external and internal challenges the organization is currently facing and will be facing in the future.

3. Discuss TWO (2) key HR functions that will be impacted by these challenges. You should provide reasons why these functions are affected.

5. Relevant theories, concepts and models must be applied to support your arguments.

Introduction
The conflict management assignmentis addressing the concept of conflict management which highlights that Conflict can lead to physical abuse, heated argument, loss of unity, peace, and creates violence. In a workplace or organisation, it is mostly considered as a sharp disagreement or can be determined as an opposition of interest or ideas. This arises from personal prejudice, and perception forces an individual to mistreat the minority community within the workplace. Eventually, this leads to a major legal issue. Furthermore, the essay is shedding light on the impact of conflicts in the workplace along with debating the good and bad sides of conflicts in the workplace. It is also highlighting the strategies to mitigate the conflicts in the HRM of the organisation.

What is conflicts and how it generated in Workplace
Conflict is a difference in opinion and a clash between two individuals. It occurs due to indifferent thoughts, ideas, interests, perception, and so on (Acemoglu et al. 2020).

Conflict can lead to physical abuse, heated argument, loss of unity, peace, and creates violence. A serious difference in opinion or thought can change relationships as well, for example, friends can turn into foes. It is not necessary that conflict can only occur between two individuals, it can also result in disagreement between two countries, states, or political parties. Improper understanding and control skills can change a small conflict into war, and outbreak disharmony in a larger population (Wang et al. 2019).

Interpersonal conflicts mostly take place in organisations where the working force is large. People have innumerable ideas, thoughts, perceptions, and beliefs. Thus, conflict is very obvious, but it mostly occurs due to communication gaps, lack of understanding, scarcity of resources, improper leadership skills, and so on. Communication is the key to a successful relationship, be it personal or professional (Kang et al. 2017). In the work premises, it is necessary that employees keep all the channels of communication open. The communication channels incorporate verbal, non-verbal, and written modes of communication (Prabavathi et al. 2017). Conflicts occur as people fail to express their ideas in an effective manner, thus, they can use all these channels to avoid the gap, and get rid of confusion. Poor communication can create confusion, and an individual can be misinterpreted leading to workplace gossip, and conflict. It can further reduce the work efficiency and morale of an employee. Alongside, improper communication skills can restrict a person from expressing any idea constructively resulting in conflict over ineffective ideas. Another major driver for workplace conflict is a distinct background.

An organisation is a mixture of several ethnic groups, nationalities, religions, caste, and creed (Hasan 2019). There are many such individuals who feel uncomfortable around indifferent backgrounds, thus, they tend to behave weirdly. This arises from personal prejudice, and perception forces an individual to mistreat the minority community within the workplace. Eventually, this leads to a major legal issue. Many times employees behave indifferently with customers based on their background which gradually affects the image of the organisation. It further leads to an outbreak of conflict between the customer, and the service giver. It requires a proper leadership quality to lead a big team, however, in most of the cases an individual misuse the power, and use it to harass an employee. People more often utilise their leadership skills to avoid working and transfer their responsibility to others (Burns 2017). This leads to serious workplace violence, individuals even quit working with each other. Authoritarian power can also influence a person to bully employees at lower positions leading to a management conflict. Thus, handing over responsibility to an undeserving person can be dangerous. A distinctive value is witnessed when there is a generation gap. An organisation has both a younger working force as well as an older section. This necessarily doesn't lead to workplace conflict but limits the acceptance power of both sections. They can find it tough to accept each other's working styles, and values resulting in indifferent thoughts, and ideas. The failure in acceptance of each other's work ethics can influence them to insult each other. Thus, this factor can also lead to workplace conflict due to the generation gap. Unresolved conflicts always result in a negative work environment, thus, proper measures are needed to be applied at the appropriate time.

The impacts of conflicts in the workplace - good or bad
It has been identified that conflict is a clash of interests that might vary but always remains a part of society. In a workplace or organisation, it is mostly considered as a sharp disagreement or can be determined as an opposition of interest or ideas. It generally influences team morale by decreasing productivity and optimising absenteeism. Based on this, it can be illustrated that the extreme results of unfinished and speculated conflicts give rise to work disruption, decreases productivity, failure of the project, turnover, absenteeism as well as termination (SHRM.org 2021). Additionally, the good side of conflicts is determined as the result in better ideas, better understandings in between the team, give rise to the better working conditions and relationship which helps to optimise the profitability and productivity (Hussain 2020).

According to the Theory of conflicts founded by Karl Marx, illustrated by any sort of social phenomenon through the lens, there is a natural instinct of humans towards the conflicts. It has become a hierarchical statement that the theory does not illustrate the good or bad side. Despite it is considered as the unavoidable aspects of human nature that needs to be controlled and should be explained why it is causing and in what way (Moshiri 2019).

However, it can be debated that team conflicts generally deliver benefits such as improvement of the procedures, resolving any sorts of misunderstanding in the organisation, and changing the behaviours (Dr Bhakti and Ravindra 2021). Moreover, at the same time, it can have negative consequences as well, which are determined as the reduction of cohesion in the groups or productivity which have a high tendency of becoming lower which is creating a great threat on the existence of the team. It has been identified that the conflicts are mostly caused by the hostility among the individuals working in the workplace which can reduce the cohesion of the team as well as the capability of working together as a team and performing on the same task (Kerry 2021).

The influence of conflicts appears to be negative in the working quality of the team members as it optimises the tension and stress in the workplace which eventually leads to poor organisational planning, cause of errors, as well as disagreements at the same time (Bizfluent.com 2021). Overall, it addresses diminished working performance in the organisation with poor communication, a higher tendency of misunderstandings, low employee morale, as well as the loss of revenues (Bizfluent.com 2021). Over the time being it creates a toxic working environment which helps to hinder the employee's motivation and performance, henceforth, the business will suffer a lot with the passing time.

The impact of conflicts on the HRM and its strategies
Conflict is considered a serious issue that can distort the infrastructure, and working peace of an organisation. Legal conflict can even damage the image of an organisation permanently (DeRouen et al. 2019). It can negatively impact the working force as continuous workplace conflict can frustrate an employee resulting in mental disturbance and eventually, forcing the employees to leave the organisation. Once employees start leaving the organisation, the HRM strategies of recruitment feel the burden of selecting new employees. It can be hectic for them as it will take huge labour to find experienced employees again.

On the other hand, it enhances intragroup harmony by allowing them to negotiate, and discuss their ideas. Work health of an organisation declines without intragroup conflicts (Hjerto et al. 2017). Thus, it can positively impact the HRM learning, and development strategies as employees are getting opportunities to learn new things. While most of the conflicts arise due to indifferent ideas, they can positively impact the outcome of decision-making. Further, allowing the HRM to build a constructive team for future achievements. Indifferent ideas resulting in conflict can lower the level of productivity thus, HRM’s strategy to manage capital can get distorted (Lopez-Cabrales et al. 2020). HRM strategies are responsible for aligning the workforce together, but a diverse culture leading to conflict can damage this sphere of the HRM department (Lopez-Cabrales et al. 2020). However, when the employees further work together to resolve the conflict, it can allow HRM compensation strategy to get enhanced, and employees to respect each other's cultural differences and values. An employee seeks motivation while working on an important project, anyhow, constant bad remarks can demotivate the employee and take away his/her work productivity. Therefore, it can affect the performance appraisal strategy of HRM as employees won’t be interested in working anymore, resulting in constant lower performance overall though it can inspire the creativity of an individual on the other side. If an individual faces constant negative remarks over his/her working style he/she can decide to work hard in order to receive the best performance appraisal, positively impacting HRM’s production strategy.

Irrespective of all the positive impacts, conflicts in most of the cases lower the standards of a workplace. Thus, eliminating the sources of conflicts through effective measures such as communication, team engagement, fair treatment, and respect for each other is a must. It can help in escalating an organisation's image, welcome fresh talents, and increase the level of innovation, and productivity.

Should conflict be eliminated from the workplace?
According to the Team development theory of Tuckman is has been concluded in the phase of 'Storming' most of the groups go through conflicts which are helping them to produce positive results and generate new creative ideas wherein the mean point when people cannot disagree with each other or offering different options new ideas cannot be emerged (Olodo et al. 2020). 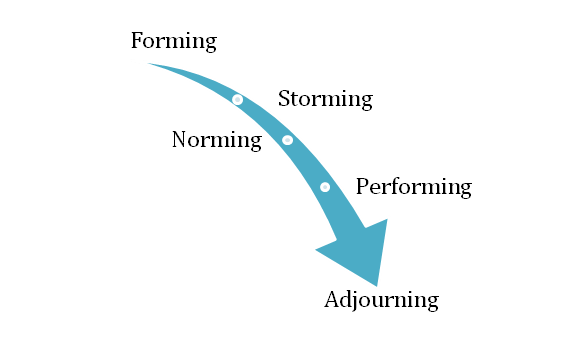 It also helps in decision making and the communication becomes efficient. But at the same point conflicts creates work disruption, decreases productivity, failure of the project, turnover, absenteeism as well as termination (SHRM.org 2021). The reduction of cohesion in the groups or productivity which has a high tendency of becoming lower which is creating a great threat to the existence of the team is also a part of this. Additionally, it addresses diminished working performance in the organisation with poor communication, a higher tendency of misunderstandings, low employee morale, as well as the loss of revenues (Bizfluent.com 2021). Based on this it can be debated that conflicts are normal and it will arrive while working together but it needs to be addressed as soon as possible or can lead to the suffering of the business, economic distress and poor organizational performance.

Conclusion
The essay has concluded that conflict is considered a serious issue that can distort the infrastructure, and working peace of an organisation. It can negatively impact the working force as continuous workplace conflict can frustrate an employee resulting in mental disturbance and eventually, forcing the employees to leave the organisation. But also, it helps the team members of the organization in decision making and their communication becomes efficient. Based on this, a hierarchical statement has been provided regarding the good and bad impact of conflicts in the organisation in this essay.

Bizfluent.com, 2021.What Are the Causes of Stress in an Organization?. [online] Bizfluent. Available at:

Hasan, A., 2019. Workforce Diversity: Boon or Bane to the Organisation.IIBM'S Journal of Management Research, pp.7-16. [Available at:
http://www.iibmjournalofmanagementstudies.in/index.php/iibm/article/view/139]

Hussain, A., 2020. Workplace Conflicts and its Effect on Employee Productivity: A Mediating Role of Workplace Politics. International Journal of Psychosocial Rehabilitation, 24(03). [Available at: https://www.researchgate.net/profile/Maeenuddin-Karimullah/publication/342040416_Workplace_Conflicts_and_its_Effect_on_Employee_Productivity/ links/5edf6d1e45851516e661bb2f/ Workplace-Conflicts-and-its-Effect-on-Employee-Productivity.pdf]