Advantages And Disadvantages Of Wind Energy: A Detailed Report

Task: Contemplating the destructive aspects of climate change, provide a detailed report on advantages and disadvantages of wind energy.

Abstract
The major mode of processing energy in the modern world is through the combustion of fossil fuels. However, the environment of the earth is getting degraded by the inconsiderate combustion of fossil fuels. The new instance of the increasing global temperature has raised the requirement of new modern environment-friendly energy manufacturing technologies. These alternative technologies would not only be environmentally friendly but also be very economically feasible. It is in this context where the significance of the topic "Advantages and disadvantages of wind energy" rises among the global community. Producing electricity through wind turbines is considered to be one of the most effective measures to satisfy this clause. It is the wind energy that is converted into mechanical energy which in turn moves the rotor blades to generate the required electric energy. It is the internal generator which is rotated by the turning effect of the turbine. The concept of electromagnetic induction is implied to generate electricity in the generator. The energy produced via wind power is considered to be one of the cheapest, sustainable, and environment-friendly options when compared to that of energy produced by the combustion of fossil fuels. The significance of wind turbines is very high in the current scenario since imminent pollution is even risking the existence of human civilization. Further studies on the advantages and disadvantages of the wind turbine should be conducted by the scientist to secure a prosperous life for the coming generation. There are some evident limitations for establishing wind turbines since they could only operate under a location with high wind currents. It should also be checked whether the same location provides for a more efficient alternative for energy generation. Some of the best alternatives for wind turbines are projects like hydropower and nuclear power stations. 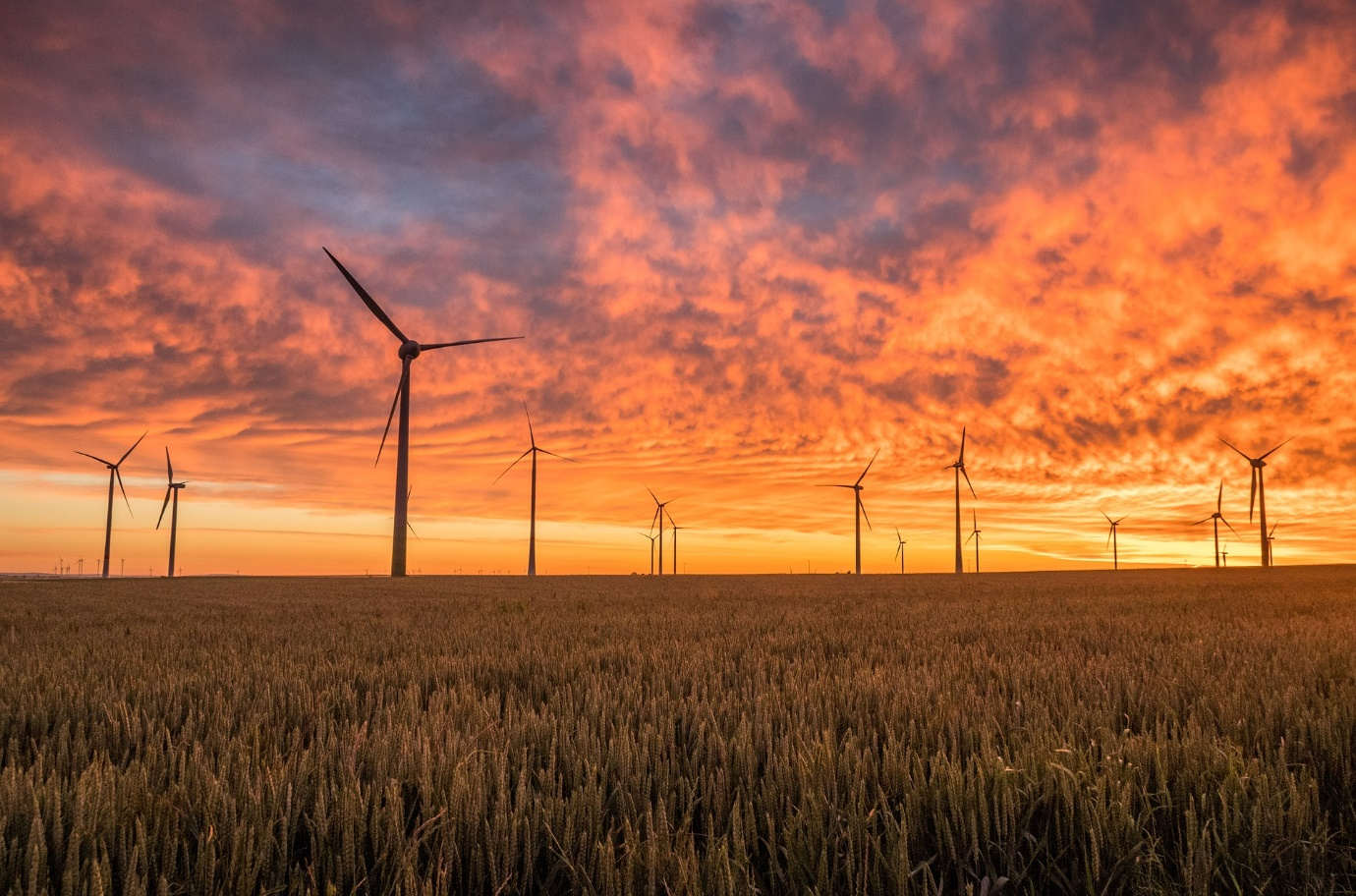 The principle behind generating energy through wind turbines
The concept of electromagnetic induction was first introduced by Michael Faraday in 1831, which implied that significant variation of voltage occurs in a circuit when it is exposed to a medium with magnetic flux (Wang & Wang, 2015). It was by conducting various experiments in the later stage that the phenomenon of higher voltage hike by increasing the number of coils was revealed. The induced electricity was highly dependent on the factors like the direction and degree of motion in between coil and magnet (v) (?), the number of coils in the conductor (I), the strength of magnet (B) (Richardson & McNerney, 1993).

Hence the equation for electromagnetic force in the circuit could be stated as: -

In the wind turbine majorly, there are three types of generators that are frequently used (Esteban et al., 2011). The concept of asynchronous wind turbines is majorly focused upon to describe the advantages and disadvantages of wind energy.

It is by placing the wrapped coils of the conductor in between the two different stationary magnets that the modern wind turbines are composed. The stationary magnets are termed stators (Cheng & Zhu, 2014). The electromotive force would get generated in the coil when the rotor spin in between the magnetic field offered by two different stator magnets. It is the free electron present in the metallic coil which flows further to form a new electromotive force. It is the Alternative current that is generated in the coil, which is later converted into direct current for efficient transmission through the power grid (Thayer & Freeman, 1987).

Though we have described the concept by which the current is generated in the coil, without discussing the physics behind the leaf of the windmills, this report on the advantages and disadvantages of wind energy could be considered incomplete.

The blades are not directly connected to the coils of the generator, and there is a specific gearbox for the same purpose (Toja-Silva et al., 2013). The major force which makes the production of electricity is the torque powers.

Environmental Aspects and significance
The world community perceives the electrical energy produced from wind turbines as the cleanest and renewable form of energy. Since this approach would ensure the natural replenishment of energy as very little pollution is caused in the atmosphere. The major aspect of this is avoiding pollution through the combustion of fossil fuels. Since the source of wind energy is renewable, there is absolutely no limitation on the scope of long-term electricity generation (Landberg et al., 2003). There is an issue of water consumption even in the case of the hydroelectric power station. The windmill farms would eliminate this negative aspect of the electricity generation process (Baroudi, 2007). Though we have addressed many positive aspects, its negative aspects should also be considered in this report on the advantages and disadvantages of wind energy. It is the challenges offered for aviation transportation and high mortality rates of bats that are majorly raised in the use of windmills in the production of electricity. A high frequency of injuries among fauna has been reported by the turning impact of windmills. The presence of windmills is highly impacting the wildlife and balance of the ecosystem. However, various modern technologies have been developed by the scientist who would address the increasing voice against the aviation accidents and high death toll of bats. 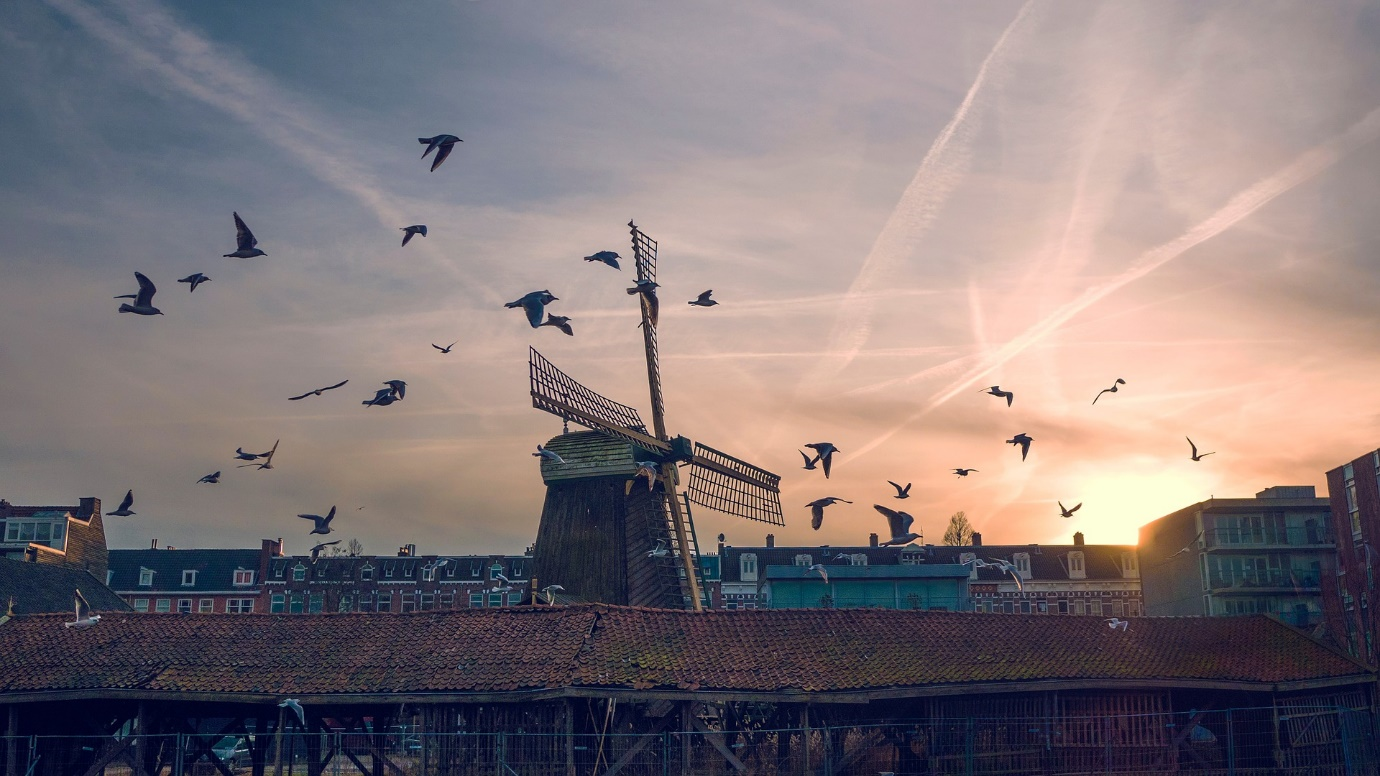 The blades of the wind turbines are huge, and it requires a huge land area to install them. The windmills could not hence install on any terrain since the large blades raise the demand for open and vast land. As per the general conventions, each turbine requires around five to ten rotor diameters. It is the availability of regular wind energy under regular speed that would be considered most effective for the windmills. The destination should not be occupied with tall buildings, otherwise would offer resistance to the free flow of wind. The windmills are installed at those places, the surrounding of which are majorly used for grazing and agricultural purpose. The surrounding area would not be later used for commercial, residential, or other potential recreational purposes.

Economic aspect
The constructive and destructive aspects of the economic section should also be considered while discussing the advantages and disadvantages of wind energy. The conventional form of energy like coal was considered to be very cheap since the infrastructure and technology for it is already well established. Though wind energy is now perceived as the cheapest form of energy production since the global price of coal had significantly increased and was revealed in the year 2018 by The Bloomberg New Finance (BNEF). The cost of producing energy from windmills has turned out to be much cheaper when compared to energy production by the combustion of fossil fuels like coal and petroleum. By following the environment-friendly parameters mentioned under the guidelines of the Paris convention, European countries, Russia, and the US have saved up to 389 billion dollars. These countries have taken an additional initiative on shutting down the coal plants (LALAS, 1985). The windmill plants are not only considered to be cheaper than the combustion of fossil fuels, but also the renewable energy processes like nuclear power stations, and hydroelectric projects. Wind plants are considered to be a preferable source of energy, though they are inconsistent and highly dependable on the wind intensity.

The lack of reliability poses some significant issues depending upon the windmills for sustainable energy. The transmission and storage of wind energy is still a headache for scientists and governments. The intensity of wind could not be controlled manually, and thus the guarantee for the constant supply of energy could be given through this process. The higher demand for energy could not be hence sufficed by windmills. The significant loss of energy also happens in this case since the wind farms are placed far away from the human settlements (Inglis, 1979). Scientists are conducting various studies to store wind energy by stocking gases like hydrogen and methane in huge containers. These gases could be transported via apparatuses, like gas pipeline systems (Xiao, 2015). The concept is only under research, and it still requires to be further matured so that it could be implied in large windmill farms for the sustainable output of energy. The technology would reduce the overdependence of wind intensity.

Societal aspect
Social awareness and support are very crucial while shifting to the technology of windmill plants from the traditional way of combusting coal products. The coal mines though are creating a huge impact on nature, at the same time employ a large magnitude of people. By closing down the coal mines, a lot of employees would lose their jobs which would lead to an economic crisis. It would take a significant gap to relocate the human resources in the windmill farm. NREL (National Renewable Energy Lab) has developed the tool of JEDI which could be utilized to relocate the human resources to obtain the local economic development. It was being calculated by JEDI that per gigawatt of electricity created from the wind energy would require the human effort of 4134 people for construction in Louisiana. The windmill farm would continue around 127 people for the proper operation of it. It has been estimated that the event would generate a payroll of 7 million dollars per year (Li & Chen, 2008). By installing large windmill farms, the sustainable transmission of cheaper electricity could be obtained apart from creating large job opportunities.

Though we have discussed various advantages and disadvantages of wind energy in this article, the real problem of noise pollution and public nuisance still needs to be discussed. There have been multiple complaints against the huge noise pollution created by the windmills. Though the advancements of new technologies and the focused instalment of the windfarms at offshores have eliminated the issue of noise pollution (Nelson & Starcher, 2018). The issue of radio wave distortion and aesthetic pollution though still persists in the instalment of windmill farms.

Conclusion
In this article on the advantages and disadvantages of wind energy, we have observed majorly the constructive aspect of installing windmill farms and its contribution to the world. The windmill farms are considerably perceived as more preferable than that of the coalfields. The wind energy generation still needs to be researched to achieve maturity. The area still lacks in the aspects like transportation and storage of energy. The technology is highly dependent on the intensity of the wind, and thus it could not be relied upon for the continuous supply of electricity. The issues of noise pollution, aesthetic disturbance, and distortion of radio signals are the major factors that are abstaining society from relying on it. As can be seen from the advantages and disadvantages of wind energy paper, the windmill plants have the potential to act as the alternative for renewable sources of energy like hydroelectric projects and nuclear power plants.

Cheng, M., & Zhu, Y. (2014). The state of the art of wind energy conversion systems and technologies: A review. Advantages and disadvantages of wind energy,  Energy Conversion, and Management, 88, 332-347.