Understanding What is an Allusion 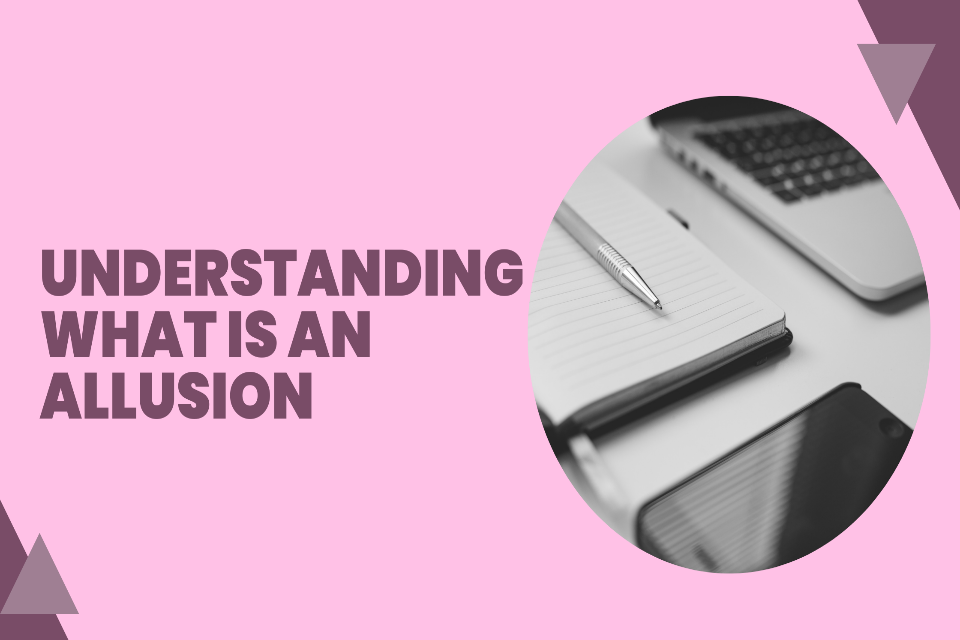 Have you come across an online mystery that has compelled you to dig deep for hours? Have you ever found yourself going “down the rabbit hole” to know more about the mystery?

The phrase does not hold literally and does not mean you are going down into the rabbit’s hole. This is what is known as an allusion. So, what is an allusion? The concept of allusion can be found in several literary works of many authors. “Going down the rabbit hole” is an allusion first used in Alice in Wonderland by Lewis Carroll. In simple words, it means spending an unusual amount of time exploring strange and intriguing concepts. Those who have not read the book must also be familiar with the meaning because this allusion has become quite popular in mainstream media like movies, comics, etc.

What is an allusion?

A writer uses an allusion to reference a prominent person, character, location, or event to help the reader comprehend their work better. Allusions are not only used for writing; we employ them in conversation all the time. An allusion is a brief method to convey a lot of information. Consider it to be a writing hack. For instance, you might devote a paragraph or two explaining why a planned business model is bound to fail despite meeting all the criteria for being the best, or you could label it as “unsinkable” and convey the same message.

Although some allusions mention the object they’re referring to, and others may not, selecting an allusion your audience will recognize is crucial. Allusion, in essence, draws into your readers’ common point of reference, hence why an allusion could work for one audience but not for another.

An allusion is among the several literary devices available to you, and it’s possible to mix it up with other concepts. Here’s a list of things that allusion isn’t:

It’s easy to mix these two terms because they sound practically identical when pronounced aloud. Therefore, an optical deception, such as Burger’s Phantom, is an illusion.

An allegory is a literary method that uses a fictitious narrative to convey a message about a more difficult or complex subject. A prominent example of an allegory is George Orwell’s Animal Farm.

A metaphor, like an allegory, is a literary technique that conveys ideas about a subject by suggesting that one item is the same as another, prompting the reader to make a comparison. Let us take a look at a few metaphor examples:

Although the literature has many examples of allusion when learning what is an allusion, it is not the only domain where it may be found. It might appear in a creative nonfiction article, an editorial, a blog post, poetry, or a play. You’ll probably come across it in academic writing when learning what is an allusion, although generally in the context of the sources being studied rather than in the author’s own words.

The significance of allusion in writing

Now that you are clear with the question, “what is an allusion?” let us understand why it is significant in writing.

After understanding what is an allusion, you will see that it is a versatile tool. It can help your readers understand what’s going on in your story. For instance, you can allude to a hard-partying first-year college student as their family’s “prodigal son” about the Bible (one of the most commonly alluded-to texts in the Western world). It communicates to readers that the young person has wasted his family’s wealth and is now seeking help from his parents.

Characterization can also include allusion. An irreverent instructor, for instance, could have frizzy hair and dress in colourful, vivid apparel. By referring to Ms Fizzle from “The Magic School Bus”, you are describing the teacher to be fun, engaging, and someone willing to make mistakes and get messy.

After understanding what is an allusion, You can also utilize allusion to personify something. Consider the following examples:

After learning what is an allusion, you may also use it to establish yourself as an expert in your subject. You may show your audience that you know what you’re talking about by employing industry-specific references in your writing. Likewise, you may use allusion to make yourself more approachable to your readers, whether they’re co-workers, peers, readers of a certain literary genre, or the target demographic for your business. For example, “These sneakers rock!” can be the slogan for a sneaker company attempting to appeal to the youth.

The different types of allusion

Now that we are clear with the concept of what is an allusion let us take a deeper look at the different types of allusion.

A casual allusion is a type of allusion that does not significantly influence the reader’s understanding.

For instance, a protagonist’s home may be described as “the type of location where Tim Burton would feel completely at home.” Readers acquainted with Burton’s work will see the house filled with stark, geometric black and white design features. Readers unfamiliar with the narrative may not see this, but they may finish reading without straying off the plot.

Self-reference, often referred to as self-allusion, refers to one of your creations. Writer Wally Lamb uses this in a number of his stories set in a connected fictitious community.

You may include a self-reference in a tale by having the character connect with another character from a different story. You may also make new poetry by repurposing the words, such as referencing a previous poem as the first line.

Corrective allusion occurs when an author creates a reference that contradicts the initial reference.

Although Romeo and Juliet are widely referenced to convey notions like true love and star-crossed lovers, an author may utilize a corrective allusion like:

Thay were a pair of star-crossrd lovers, doomed to stoke chaos and destroy lives.

Can you see that this allusion breaks away from the traditional comparison to Romeo and Juliet, alluding to the tragedy that came from their union?

Single references might convey important concepts, but they can also serve as one-off opportunities to insert a jest or humour into your work. For example, in a persuasive essay on tireless frontline workers “carrying the world on their shoulders,” you may allude to Atlas, a Greek mythological character. Alternatively, you could tempt your mailing list by mentioning a Pokémon allegory in a promotional email with “A wild deal appeared!”

We can find apparent allusion in the book, The Bluest Eyes by Toni Morrison, in which she utilizes a piece of a Dick and Jane primer to remark on what and how children are learning about culture from what they learn at school.

A conflation of multiple references occurs when work has many instances of allusion to diverse behaviours or practices within a single cultural tradition. The Scary Movie franchise is a great example of a film that parodies the horror film genre by using many references.

Using allusion in your writing.

You should have an answer to your “what is an allusion” query. Understanding the various types lets us understand how to use them in our writing.

It is critical to select references that your audience is likely to recognize now that you know what is an allusion. Otherwise, the allusion will fly straight past their heads, and they will lose out on the chance to realize what you were trying to say.

Assume you’re creating a blog article regarding restaurant technology integration. Because the bulk of your readers will probably be restaurant owners and managers, an allusion such as “86 long queues with this truly revolutionary booking software” is appropriate. Anyone who has worked in a restaurant knows that “86” refers to an item that is no longer on the menu; therefore, this reference is a great approach to convey the booking software’s advantages.

Now that you are familiar with what is an allusion, you will realize that a person who has never worked in a restaurant might not understand the term and will have to Google it or rely on context cues to figure it out. In any instance, they’ll most likely figure it out; however, your allusion will fail to have the intended impact.

Make a note of references in your outline if you intend to use allusions in your work. Placing them in spots like headings, openers, and follow-ups to prior comments will enhance their effect.

Significant images and pieces of a narrative are typically shown rather than told through allusion. After you’ve finished your initial copy, look for ways to improve your writing by switching from details to allusions. For instance, a character’s broad smile may be described as “a grin such as the Cheshire Cat’s” or an isolated office as “the Batcave.”

We hope that this article has been able to answer the question, “What is an allusion?” and help you understand how the use of allusion can help to improve the quality of your content.

What is an allusion?

Ans. An allusion is an implicit or indirect reference phrase used to bring something to attention without outright addressing it.

What is the benefit of using allusion?

Ans. Allusions may give a narrative a greater significance by alluding to some other work that most people are acquainted with.

When are allusions used?

Ans. Utilize allusion in your work for a variety of purposes. Among them are:
Give your work some further context.
Adding relevancy to the text.
Establish yourself as an authoritative figure. 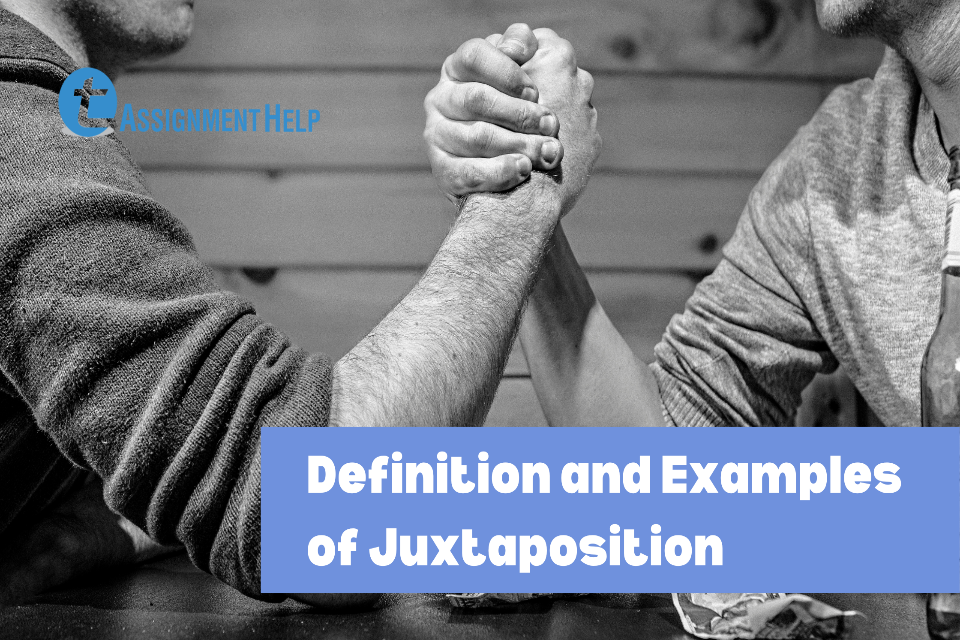 Definition and Examples of Juxtaposition 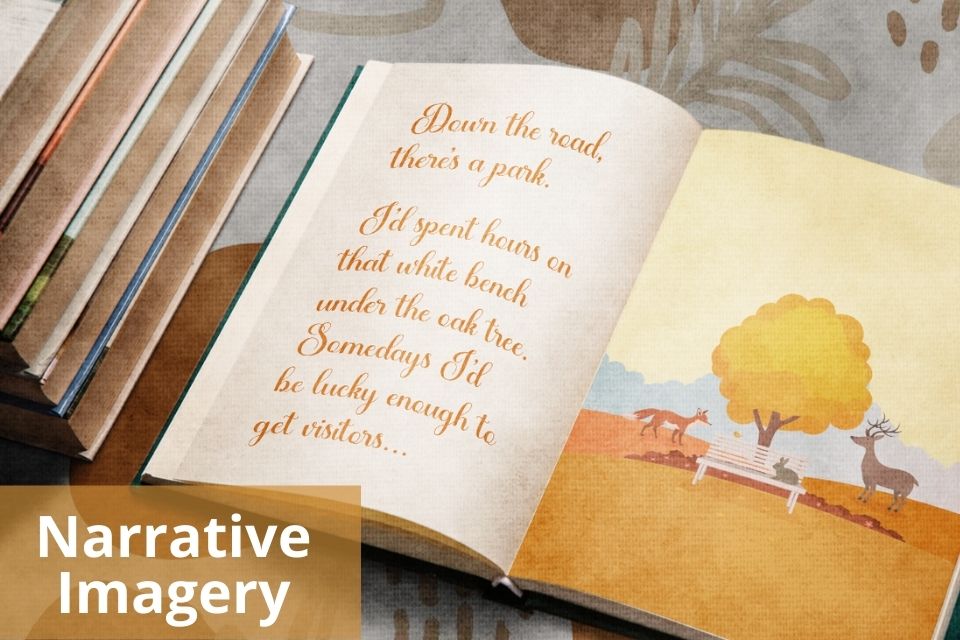 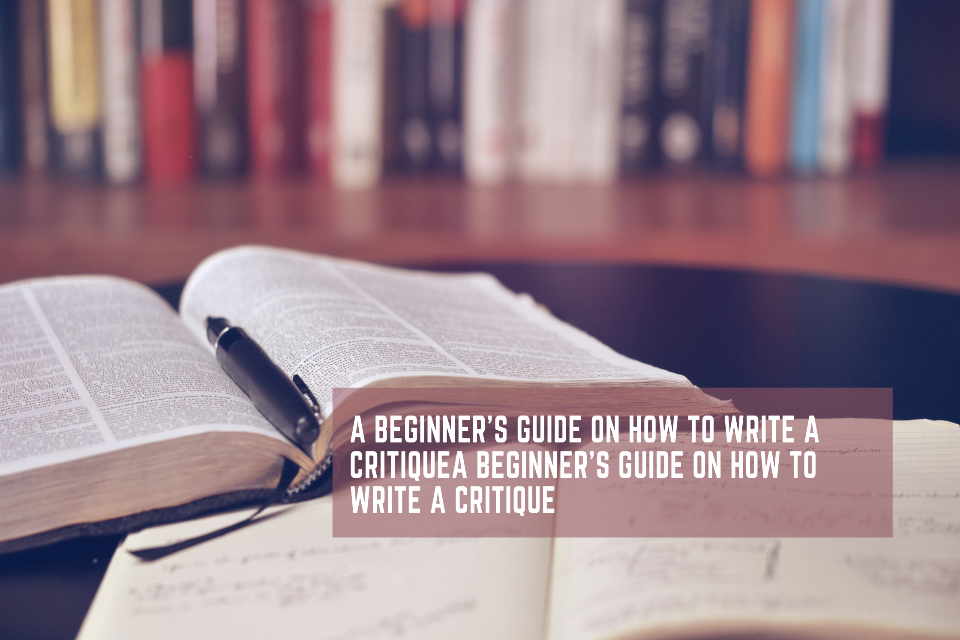 A Beginner’s Guide on How to Write a Critique