What are the Different Types of Chemical Bonds? 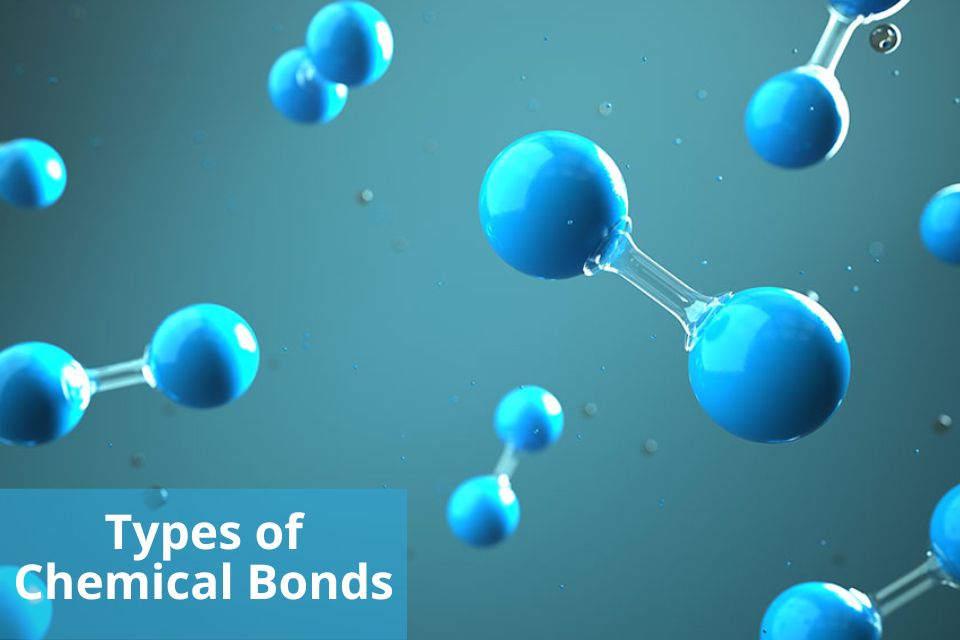 Are you aware that diamonds are the solid form of elemental carbon, with their atoms organised in a crystalline lattice? The term ‘diamond’ is based on ‘adamao,’ which means ‘I tame’ or ‘I subdue.’ It is an expression for the toughest steel or material. Diamonds are discovered in rocks that are over a million years old. Suppose you are a Chemistry student trying to prepare a project on diamonds. In that case, this article will teach you all you need to understand diamond bonding types and the different types of chemical bonds.

Single covalent bonds bind every carbon atom to four other atoms of carbon. Before we go into the composition of diamonds, let’s look at the many different types of chemical bonds.

The different types of chemical bonds

Each type of bond serves a distinct purpose in many chemical equations. Before we go into the many different types of chemical bonds, let’s go over what bonds are in Chemistry.

Chemical bonds are the forces that attach atoms, ions, or molecules, allowing chemical compounds to develop. It may also be thought of as a physical phenomenon caused by the interaction of atoms between chemical compounds. These atoms are held together by the trading and swapping electrons—or electrostatic forces.

What are the different types of chemical bonds?

Now that we have understood the different types of chemical bonds let us examine the structure of diamond, which is also the hardest substance known to man.

According to the fundamental explanation, a diamond is arranged in a massive crystalline lattice with covalent connections between carbon atoms. Therefore, to comprehend the composition of diamonds, you must first grasp their physical qualities.

The crystalline structure of diamond

A diamond’s crystal structure is a face-centred cubic, commonly referred to as the FCC lattice. Diamond crystals may take on various forms depending on their cubic structure. Diamond atom creation is remarkably symmetric. The many forms it assumes are called its ‘crystal habit.’ The octahedron or diamond form is the most frequent crystal habit. Diamond crystals may also be formed into cubes, dodecahedra, and other variations of these forms.

How many electrons are missing from carbon’s outer shell?

Carbon has an atomic number of 6, but the correct answer is 4. No electrons are missing from a neutron carbon. It has an equal number of electrons and neutrons as the nucleus. Carbon’s inner shell has two electrons, while its outer shell contains four electrons.

Carbon Forms What Kinds of Bonds?

You may frequently doubt, “What sort of bonds does carbon form?” and become perplexed by the various explanations. Covalent bonds are the most abundant of the different types of chemical bonds. There are, however, differing degrees of covalent bonding.

The carbon-oxygen connection is a polar covalent bond; however, electrons are not distributed evenly across the atoms.

What is the hardest material on earth?

Diamond is referred to as the hardest material on earth.

What type of bonding does a diamond have?

Among the different chemical bonds, diamond is made from covalent bonds in carbon atoms.

What is a diamond’s crystal structure known as?

A Diamond’s crystal structure is a face-centred cubic or FCC lattice.