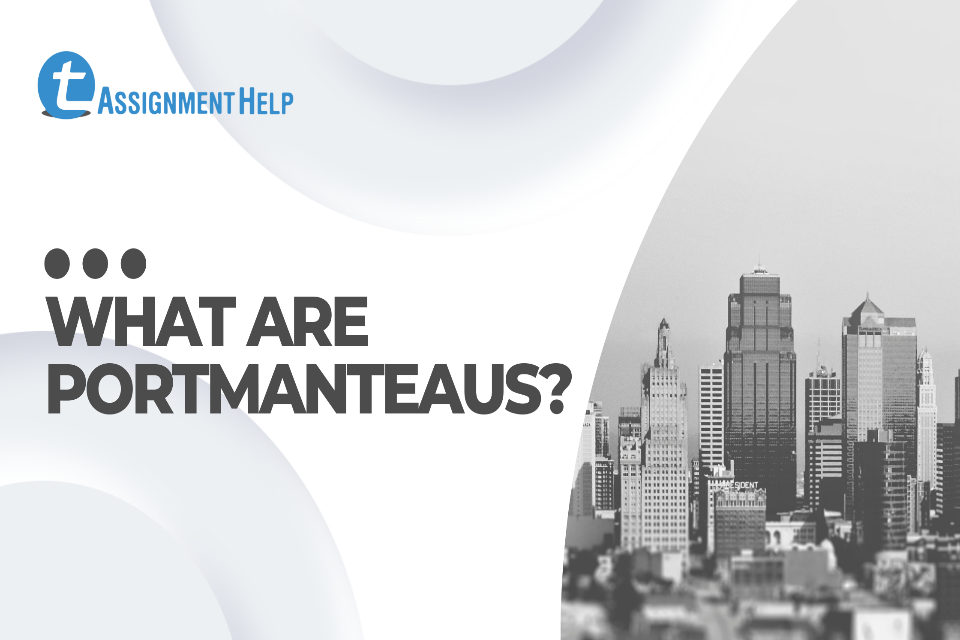 You might not know what a portmanteau is, but you probably use them more than you think while writing or speaking.

A portmanteau is a term created by combining two or more words. The new term incorporates both the pronunciation and meanings of the original words.

The starting section of one word is generally connected to the last part of another word to make portmanteaus. Other means of blending portmanteau words include merging the first portions of each word.

Why do we call it portmanteaus?

In his work Through the Looking-Glass, Lewis Carroll discusses the concept of portmanteaus.

“SLITHY, on the other hand, denotes ‘lithe and slimy.’ The terms ‘active’ and ‘lithe’ are interchangeable. It’s like a portmanteau when two meanings are crammed within one word.”

The term portmanteau is derived from the French words porte (“to carry”) and manteau (“cloak”), which denotes a briefcase that opens in two parts. The definition of both word pairings is “carried” by portmanteaus.

How do portmanteaus function?

Portmanteaus are one of the literary techniques that stimulate linguistic innovation. A new term with its unique meaning is generated by merging two unique words into one.

The wordplay pushes the limits of language while simultaneously engaging readers in the writing process.

Q1. What is meant by portmanteaus?

Ans. A portmanteau is a term that combines two or more words. The connotations of both terms are combined in portmanteau words.

Q2. Why is it called a portmanteau?

Q3. What additional terminology do you have for portmanteaus?

Ans. A literary technique known as a portmanteau is a combination of words. It’s sometimes confused with a compound term, but it’s not since portmanteaus don’t mix two entire words (such as “firefighter”). Rather, portmanteau words combine elements from two different terms.