What is a Control Group in Experimental Research? 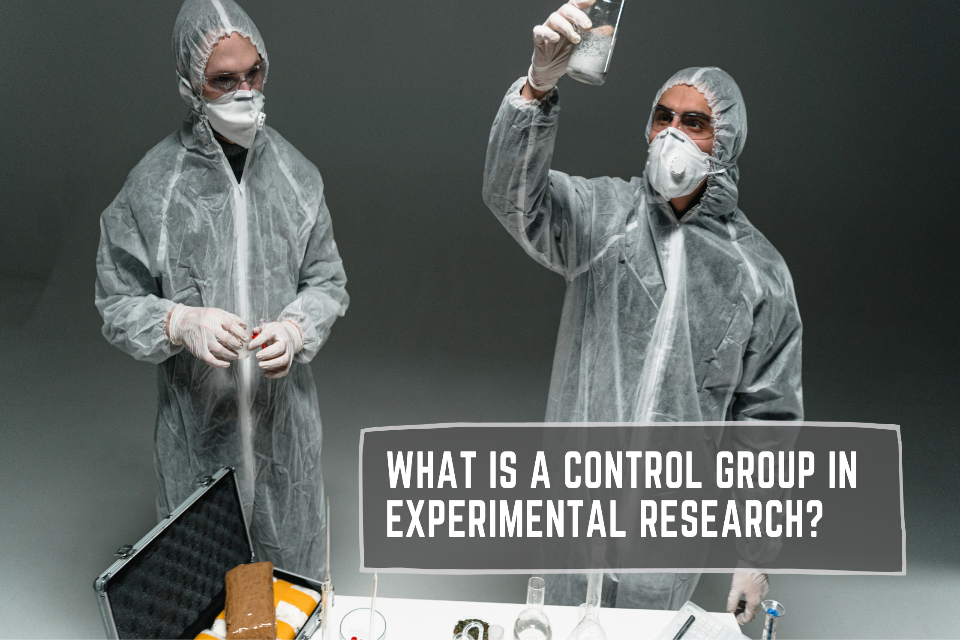 A control group is employed in scientific studies to ascertain an independent variable’s influence on the dependent one and prove a cause-and-effect link.

Experiment control groups
It becomes essential to use control groups in an experimental setup. When researchers want to understand how a new treatment is influencing individuals, they split them into at least two groups randomly:

The treatment is an independent variable that the researchers modify, and the specific form of the treatment depends on the kind of research being conducted. For example, it might be a novel medicine or treatment in a medical study. In public policy research, it might be a new social policy that some people get but not others.

All factors other than the treatment should be held constant among the two groups in a well-designed experiment. It implies that researchers can accurately understand the effect of the treatment without worrying about confounding variables’ influence on the outcome.

Example of a control group
You want to know if college students do better in school if compensated for their efforts. So you split a set of students into control and treatment groups to test this.

You may determine if monetary incentives boost school performance by comparing the average change in their grades over a year.

There may be more than one treatment or control group in a study. For example, researchers may wish to look at the effects of several treatments simultaneously or compare a novel treatment to several existing options.

Example of multiple control groups
You’ve created a brand-new blood pressure medication. You experiment with treatment and two control groups to see how successful it is.

Because the only variable that changes between the three groups is the type of tablet, they got. So any variations in average blood pressure may be attributed to the variety of pills.

These allocations are frequently pre-existing groups that have received various treatments rather than controlled by researchers. Researchers may, for example, look at the consequences of a new teaching style that was introduced in particular classes but not others in a school or the influence of a new policy that was enacted in one region but not in another.

The control group in these circumstances is made up of classes that did not employ the new teaching technique or states that did not adopt the new policy.

Control groups in matching design
When you can’t employ accurate or quasi-experimental methods in correlational research, matching might be a viable alternative.

Individuals, who got the “treatment,” or independent variable under investigation, are matched to those who did not–the control group–in matching designs.

Each participant of the treatment group has a control group equivalent which is similar to them in every manner outside of the therapy. It assures that the therapy is the sole factor influencing the result disparities between the two groups.

Rather, you can create a control group by comparing non-smokers to smokers (the treatment group). The comparison can be on age, sex, nutrition, level of workout, and other factors. Ensure that these are the only difference between the two groups–and therefore, the only variable that might cause discrepancies in their lung cancer rates–is their smoking of e-cigarettes.

The significance of control groups
Control groups aid in ensuring the internal validity of your study. Over time, you may notice a change in your dependent variable in your treatment group. But, without a control group, it is impossible to determine if the intervention caused the change. It’s conceivable that the change is due to something else.

If you choose a control group similar to the treatment group in every other way, you establish that the therapy–the sole distinction between the two groups–must have prompted the change.

Individuals, for example, frequently recover from diseases or injuries over time, irrespective of whether or not they got appropriate care. As a result, without a control group, it’s impossible to tell if improvements in health issues result from the therapy or due to the natural passage of time.

Risks posed by erroneous control groups
Suppose the control group varies from the treatment group in areas that weren’t factored in. In that case, your findings may indicate the interaction of confounding factors rather than the influence of your independent variable.

Illustration of an invalid control group
While reviewing your e-cigarette study, you discovered you neglected to account for a family history of smoking habit, which presumably varies between your control and treatment groups because individuals whose parents smoke are more likely to start smoking.

Higher risks of cancer might occur among participants in your treatment group because those from a smoking household are more susceptible to second-hand smoke, a recognized cancer trigger. Still, you can’t say for sure whether this variation is related to e-cigarettes.

Reducing this risk
A few approaches can help you reduce the danger of erroneous control groups.

How is a control group different from a treatment group?

A treatment group which is more commonly called an experimental group, gets the treatment whose impact researchers want to evaluate, while a control group does not get any treatment. In every other manner, these should be comparable.

Is it necessary to have a control group?

A controlled experiment must always contain a control group that is not given the experimental treatment to study the effects of the independent variables on the dependent ones. A control group also helps control confounding variables that otherwise would have influenced the outcome.

What exactly is an experimental design?

The preparation of procedures to study a relationship among variables is known as experimental design.

How many control groups are needed to experiment?

Generally, a minimum of one control group is required to conduct experimental research.