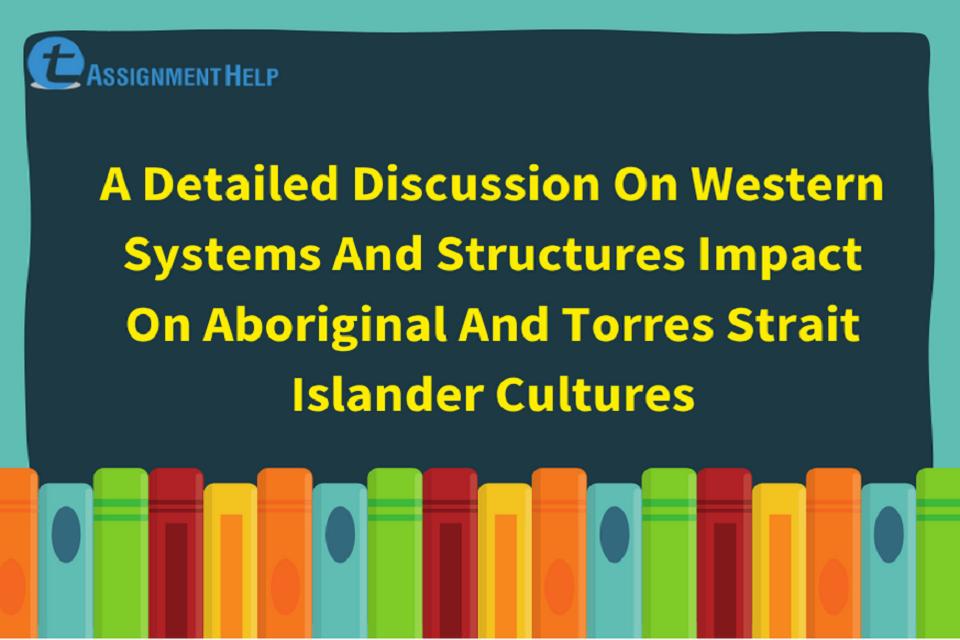 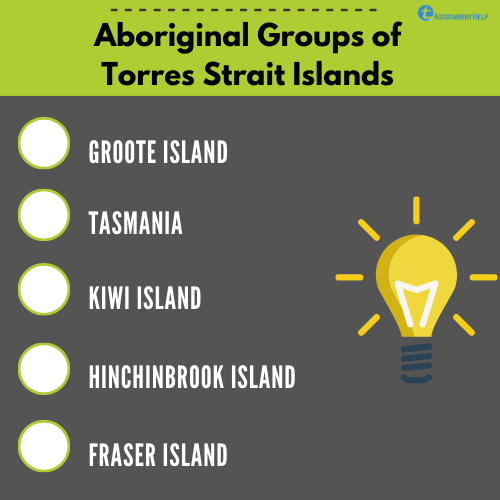 What are Aboriginal Australians?
The interpretation of Aborigines has varied over time, and its significance has been traced in community acceptance, family lineage, and self-identification. Its definition has also played a significant role in the combative past of Australia. As per the cultural ministry of Australia, an individual could be labelled as a member of the Aborigine community if the whole community identifies him as one of them. 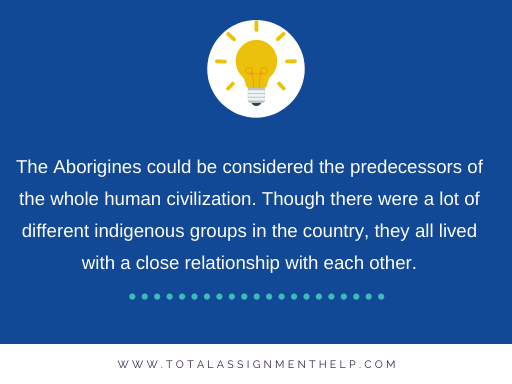 Sustaining western systems and structures impact on Aboriginal and Torres Strait Islander cultures
The issue of the Aboriginal population has always been a point of concern since the inception of the country. Till then, various policies have been implied by the government to upheld the Aboriginal and Torres Strait islanders from the downtrodden section of the society. The policies of the government have been majorly based on the ideologies of self-empowerment, reconciliation, protections, assimilation, etc. Some of the major policies and schemes implemented by the Australian government is discussed in the below section of this report.

Persistent impact of the European community
As mentioned earlier, the government of Australia has always been experimenting with various policies to address the problem of Aboriginal and Torres Strait islanders. Aboriginals had to lose their culture and land because of the foreign invasion of Europeans into the country. However, the increased availability of various basic amenities like medical centers, education centers, information technology, etc. has an augmented standard of living of the Aboriginal Australians. By the western systems and structures impact on Aboriginal and Torres Strait Islander cultures, the downtrodden community has got exposure at a global level. However, it is an existing fact that the introduction of modern technologies in the telecommunication sections and other basic fields has created an immense risk to the innate culture of Aboriginal Australians.

Sustaining Downsides
We have till now discussed the positive influenced brought by the western influence over the Aborigine community. Though there are some benefits, the western system and structures impact on Aboriginal and Torres Strait Islander culture has faced some drawbacks also. By various schemes and programs of the Australian government, the societal gap between the normal population and the Aboriginal and Torres Strait Islander community is almost covered. The community of Australian Aborigines still could not be considered as an independent and empowered group. The community still faces poverty and unemployment, which is restricting their revival from their exploitative history. The modern approach of the government has risked the existence of real cultures and customs followed among the Australian Aborigine community. Empowering the community by utilizing external factors has turned out to be a failure in the case of Australian Aborigines.

Impact over the Traditional Authority
The invasion of Europeans into the Australian land has mutilated the traditional authority and customary practices of the Australian Aborigines. If looked at the colonial history of Australia, the community has always been exploited by the intruders. The damage created to the community would not be limited to the case of influence made by the mass media and the consumption of intoxicating substances. The government authorities are still not aware of most of the customs and laws followed among the Aborigine communities. The major initiate towards the upliftment of the community was granting land rights to them. The westerns systems and structures impact Aboriginal, and Torres Strait Islander cultures are almost an irreversible one. The influence created by it on the law system, culture, society, and societal status of the community is very deep.

Establishing the Aboriginal development commission in 1983
The government of Australia established the Aboriginal Development Commission in 1983 to ascertain the current position of the community in the country. The commission has observed that around 6000 people who belong from Australian Aborigine community areas are still devoid of a permanent address. An overall sum of 2000 houses was proposed to be built by the commission.

The major findings of the commission are listed down in the below section of this report.

The influence of colonial history over the Australian Aborigine culture
The invasion of Europeans had to create a long-lasting effect on the culture of Australian Aborigines who were living in the continent for thousands of years. Around 500 different indigenous groups were present in the country when the colonial powers have entered into their land. The culture followed by the indigenous people of Australia could be dated back to around 50000 years ago. The Aborigines could be considered the predecessors of the whole human civilization. Though there were a lot of different indigenous groups in the country, they all lived with a close relationship with each other. 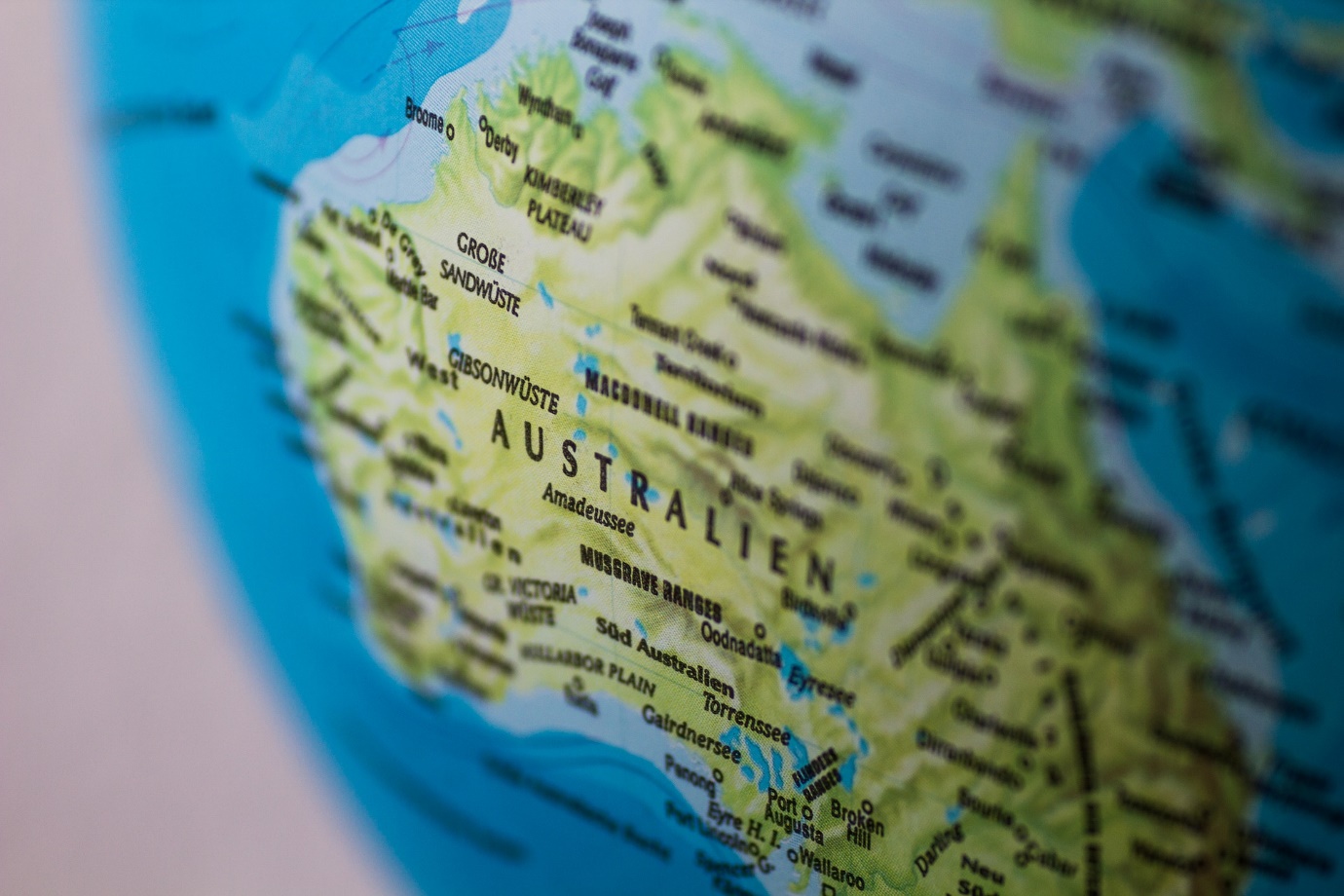 The sudden downfall in the population of indigenous people
As per the modern studies, it is being estimated that around 90 percent of the whole indigenous population has been diminished. The major reason behind this sudden decrease is listed down in the below section. 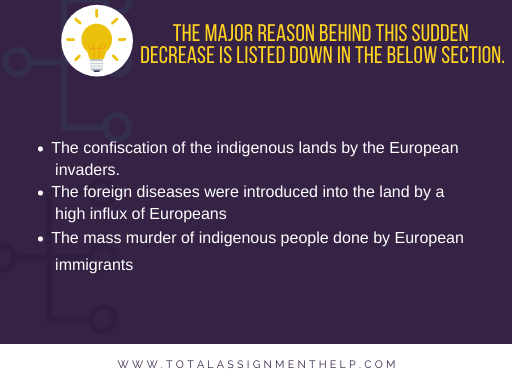 Western systems and structures impact on Aboriginal and Torres Strait Islander cultures has also contributed to the influx of various contagious diseases which were unknown to the Aborigines. The accelerated spread of highly contagious and dangerous diseases like Flu, Measles, smallpox, Typhoid, etc. had eradicated the majority of the indigenous population from the Australian land. After detailed studies and researches, it has been ascertained that around half the population of Australian Aborigines were obsolete because of smallpox. It happened in the first year of invasion by the European invaders.

Sustaining impact of the history over the present indigenous community
The past and existing relationship between the non-indigenous and indigenous people should be understood before discussing the sustaining impact of the historical events on the existing Australian Aborigine community. The western systems and structures impact on Aboriginal and Torres Strait Islander cultures has brought very deep-lying changes. Some of them are listed down in the below section of this article.

The social and emotional wellbeing of the community
The term social and emotional denotes various societal aspects like cultural, social, emotional attributes. The interaction with society and another medium of service delivery makes the Australian Aborigines emotionally susceptible to external factors. The topic is extensively explored by the researchers and still is debatable to the extent that most of the academic assignments are assigned related to it.

Livelihood skills
If a person holds ample livelihood skills, he could ensure certain stability and security in his way of living. The sense of empowerment could only be brought into the backward class if they are provided with good employment opportunities, education, cultural possibilities, recovery from poverty, etc. The livelihood skills are strongly related to the ideologies of philosophy. The government should take effective steps so that the indigenous knowledge would not be lost after providing the Aborigines with modern education and training. Aborigine community holds great knowledge in agriculture, environment conservation, food security, etc. which are very significant issues in the modern world. The conservation of indigenous customs would give a positive outlook to the western systems and structures impact on Aboriginal and Torres Strait Islander cultures.

Need help with your nursing assignments?
Drafting a relevant medical assignment is not a very easy task, and the students would have to keep in mind various parameters to make it an impeccable one. Very tough medical theories and facts make it more complex for the student to draft a decent nursing assignment. Even though the students have all the expertise to draft a medical assignment, the simultaneous rush of the assignments from the various subject makes it very hard to complete the work in a specified deadline. 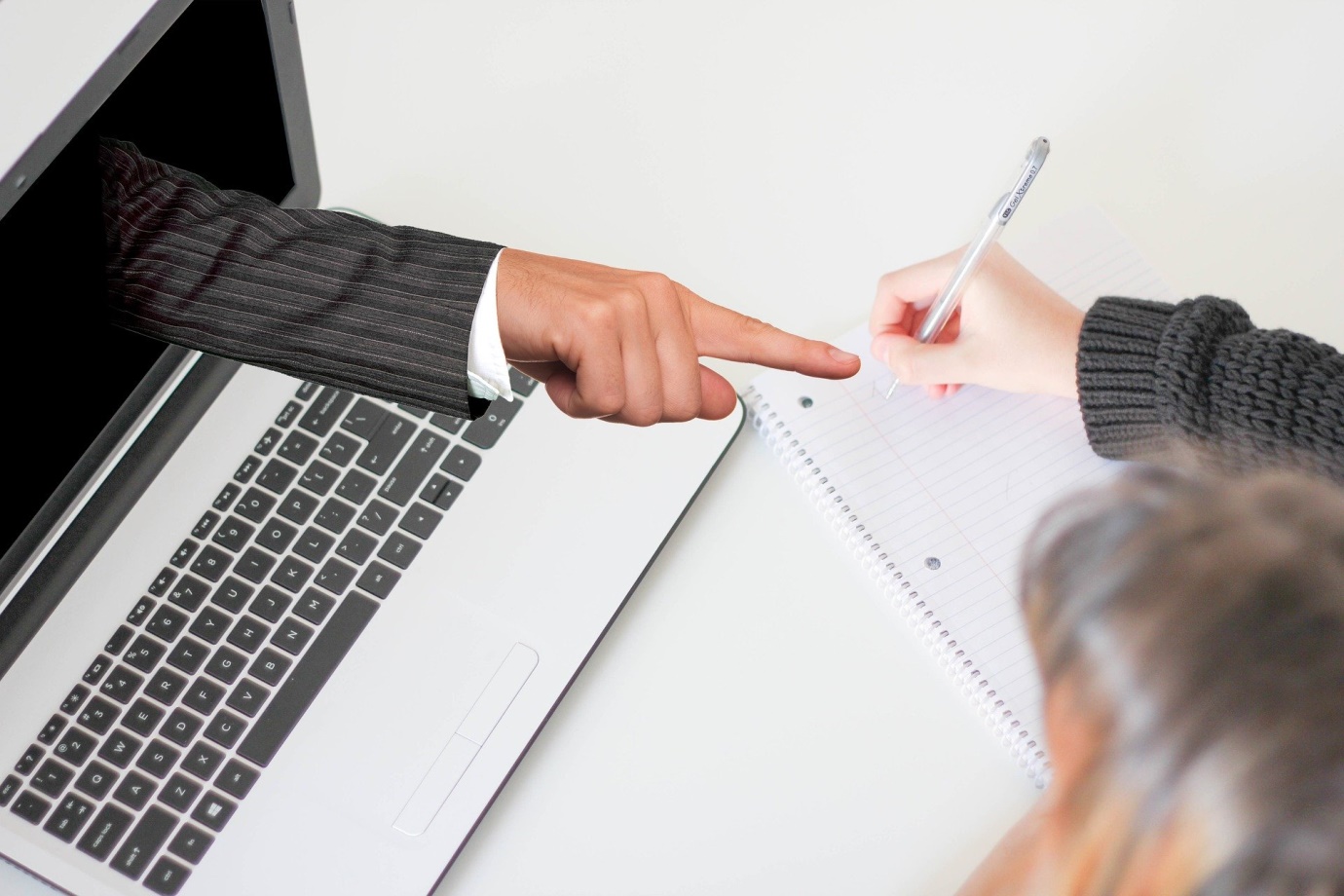 You could approach the valid academic service of totalassignmenthelp.com to get quality solutions for university submissions. Our expert panel mostly consists of the medical officials from Australian nationality. Thus, we ensure a genuine and quality solution for any task related to the Australian Aborigine community. Please check our sample nursing assignment papers to check the validity of our assignment solutions. 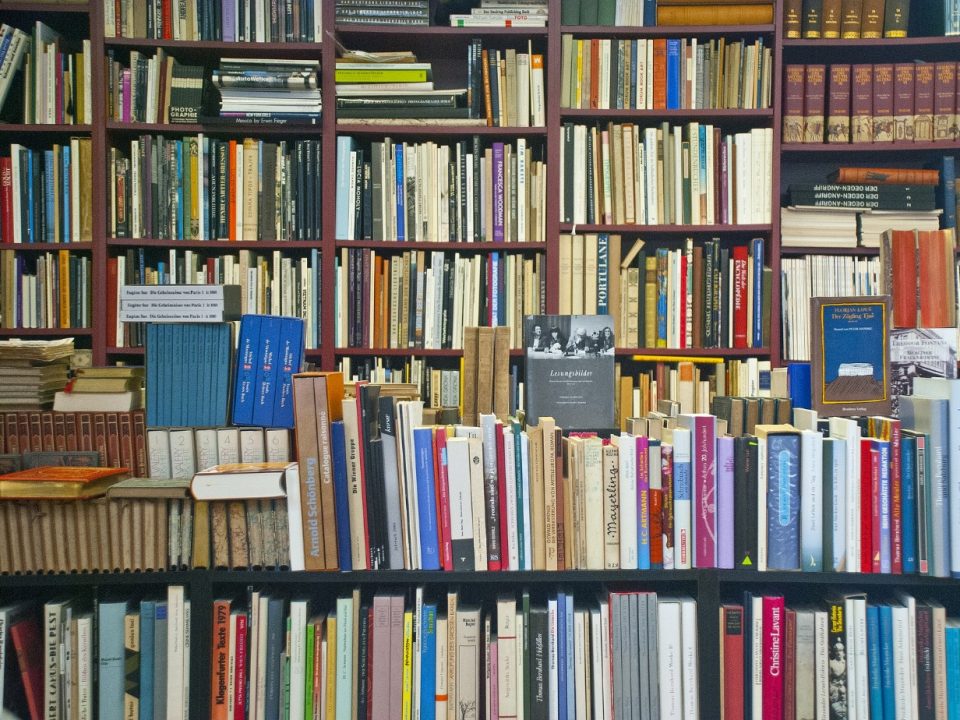 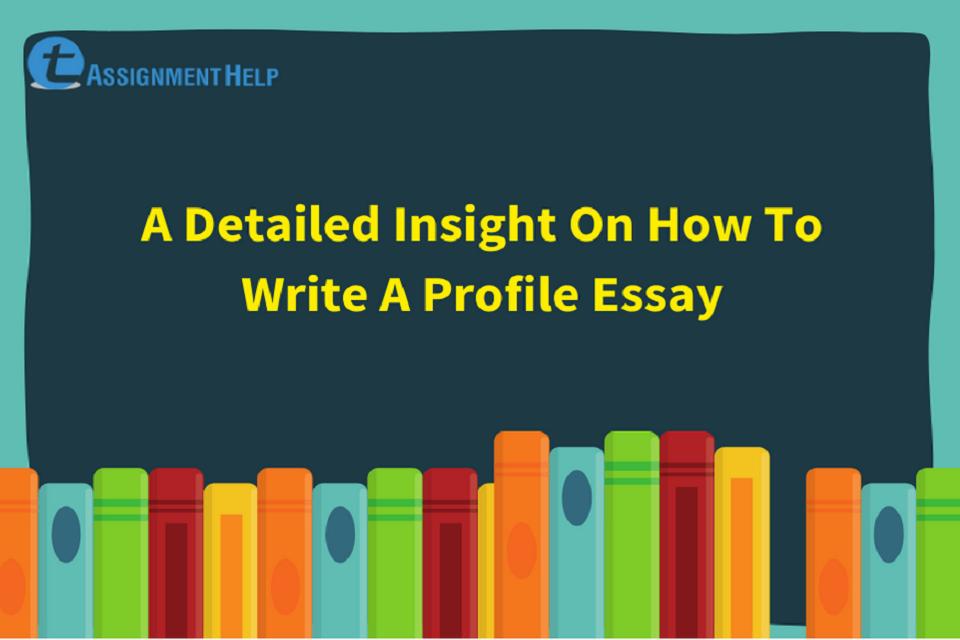 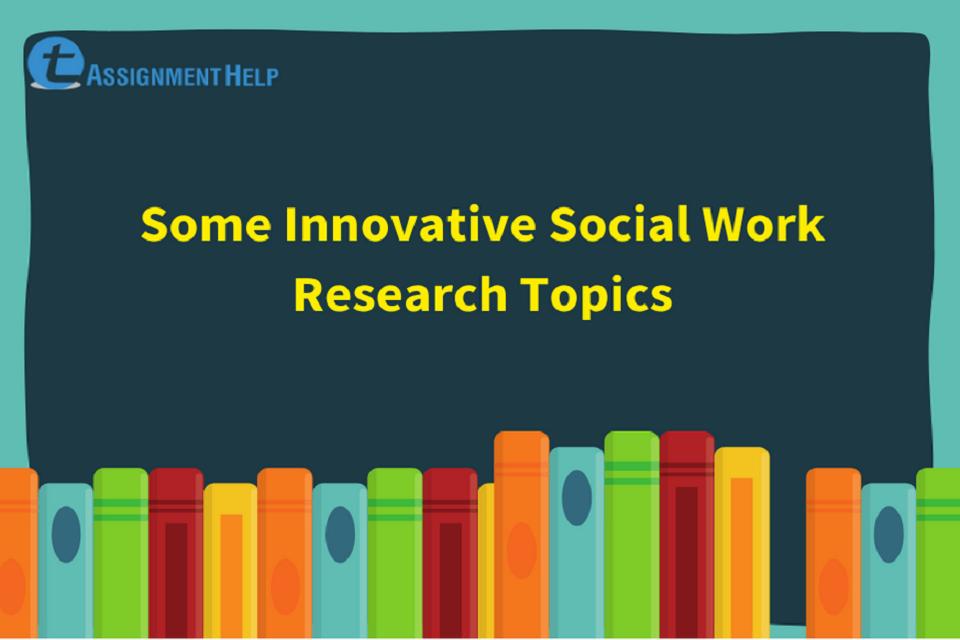