How To Write A Philosophy Paper: A Complete Guidance 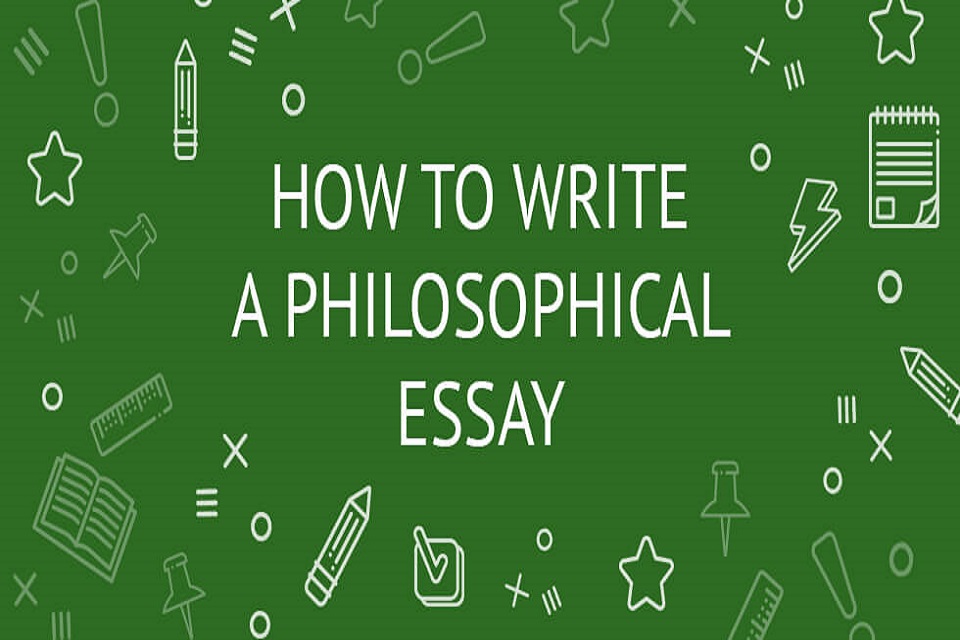 The objective of a Philosophy Paper
Having a specific goal in mind while beginning with a philosophy paper is what makes the task easy.

Philosophers are usually seen to get encouraged by “Big Questions” such as what are the major objectives of life? What is the ultimate truth of life? And so on. Philosophical papers develop answer on indisputable logical grounds and create unobvious conclusions from an obvious fact.

Philosophy paper generally asks the writers to think about a relevant and existing argument or thesis that has been developed by other philosophers before. For learning “how to write a philosophy paper?” you will have to implement one of the following actions.

These four processes should be implemented in each, and every step explained below that will further assist in completing a philosophy paper in a proper manner.

You should implement the below-mentioned steps after learning the objective of your paper.

Step 1: get your idea clear– to approach the philosophy paper with confidence and clarity, you should be clear with the point that you want to conclude from your paper. The clarity in your idea will also allow you to persuade the readers with clear arguments and justifications. It means that you should clearly express the exact point that you want to conclude. It will help make the philosophy paper more logical and thoughtful and allow you to know “how to write a philosophy paper?”. If you are not clear with your own point, you will not be able to share it evidently with your readers.

Step 2:Form the thesis – the thesis of your essay is a more critical and vital part of your philosophy essay. In a philosophy paper, the thesis statement should be the one that is logical and thoughtful because, in such papers, one seeks the logic or reason behind a claim. You present your belief in a short sentence in your thesis. Failing to state a thesis statement gives a notion that you are not clear about what you want to convey to your readers. The thesis statement is stated in the introduction section of the essay, and it gives an understanding of the paper’s actual goal.

Step 4: State the first argument– state the first argument supporting the thesis statement. Start the paragraph with a topic statement followed by important philosophical points. You should then elaborate on the points with sufficient evidence and resources. To know “how to write a philosophy paper?” with a strong argument, you should always support the claims made in the essay with relevant evidence.

How to Use the Evidence?
To understand “how to write a philosophy paper”, using practical evidence such as data and scientific result from different subjects such as physics, psychology and others are important to present a strong argument. You must clarify the way the used evidence will help solve the question and the kind of conclusion that can be derived. In the case of using the scientific result as evidence, you must specifically state the scientist’s explanation. To make the philosophical claims easily understandable to the reader, you can make use of example. This is because most of the philosophical topics are abstract and difficult to deduce. Examples are useful in clarifying an argument as well as explaining the specific philosophical terms used in the paper. The examples can be from a real situation or hypothetical based on the essay topic.

Step 5:State the first counter-argument– to strengthen the argumentative thesis, you should always present counter-arguments against the claim made in the thesis. This is the most crucial part of the philosophical paper. Presenting a counter-argument along with clear evidence help in making the argument solid and convincing. You must remember that you must support the contradictory argument with evidence and examples for objecting to it with a good reason in later stages.

Step 6:Present most supporting and contradictory arguments to establish your ideas– you must move forward and repeat step 4 and 5 with more opinions to support and counter the arguments in the same way as mentioned above.

Always remember that just presenting your supporting opinion to the thesis will not make your position stronger. For learning “how to write a philosophy paper?” you must always counter your opinion with evidence for objecting to it later.

Step 7: Concluding the philosophical paper– Here you will repeat your thesis and state the arguments briefly. However, this should be done in a creative way than the one stated in the introduction. You can highlight the points that support your thesis clearly. This part can also state the consequence of your arguments. Always remember not to introduce any new information in this section of your philosophical essay.

Following these steps will help you know how to write a philosophy paper with the required formats and information. By following this guide, you will be able to present impressive philosophical essays.